It was a whirlwind on Twitter for Clemson's program. Former players backed up the tweet above and said that the incident did occur. Who was the assistant coach? As the day continued on it was reported that Danny Pearman was the coach in question. 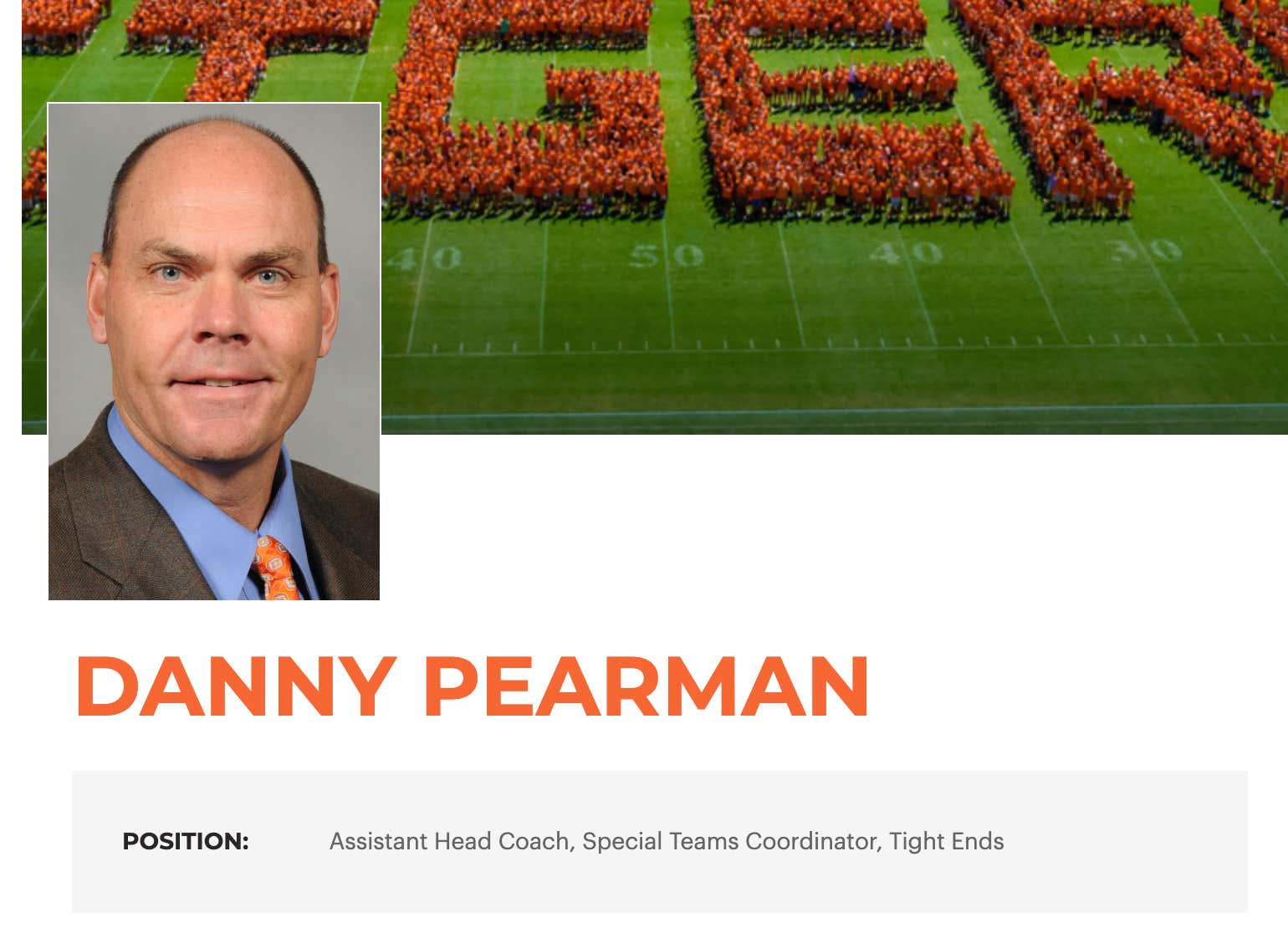 SOURCE-It was later reported that the coach in question was Pearman and the player was former tight end DJ Greenlee. Greenlee told Matt Connolly of The State, “It was just a heated argument during practice, basically. Me and the coach got into it and I was speaking with one of my teammates. He heard me use the n-word basically, and basically tried to correct me by saying the n-word back.”

“He wasn’t saying that I was a n-word. It was, using the tone, in a word like, ‘OK … I was talking to my teammate and you came over here.’”

While I did not direct the term at any player, I know there is no excuse for me using the language in any circumstance. I never should have repeated the phrase. It was wrong when I said it, and it is wrong today.

I apologized to D.J. at the conclusion of practice, who then appropriately raised his concern to Coach Swinney.

Coach and I met to discuss the incident, and he reiterated that my language was unacceptable. I later apologized again as well as expressed my sincere regret to our position group the following day.

I love the young men who choose to come to our university, and I would never do anything to intentionally hurt them. I sincerely apologize to D.J., his family, our team and our staff.”

At this time, this is what we know about the story.

-During a 2017 practice, Coach Pearman repeated the n-word to Tight End D.J. Greenlee.

-DJ Greenlee described the incident as “He wasn’t saying that I was a n-word. It was, using the tone, in a word like, ‘OK … I was talking to my teammate and you came over here.’”

-Coach Pearman says he met with Dabo after the incident. Dabo said the use of the word was unacceptable and that he must apologize to the tight ends he coaches.

I have not seen anything on social media that suggests Pearman lied in his statement. Is it possible that he did? Yes, but until it is brought up by former players that the statement is fabricated, it appears this story is pretty much over.