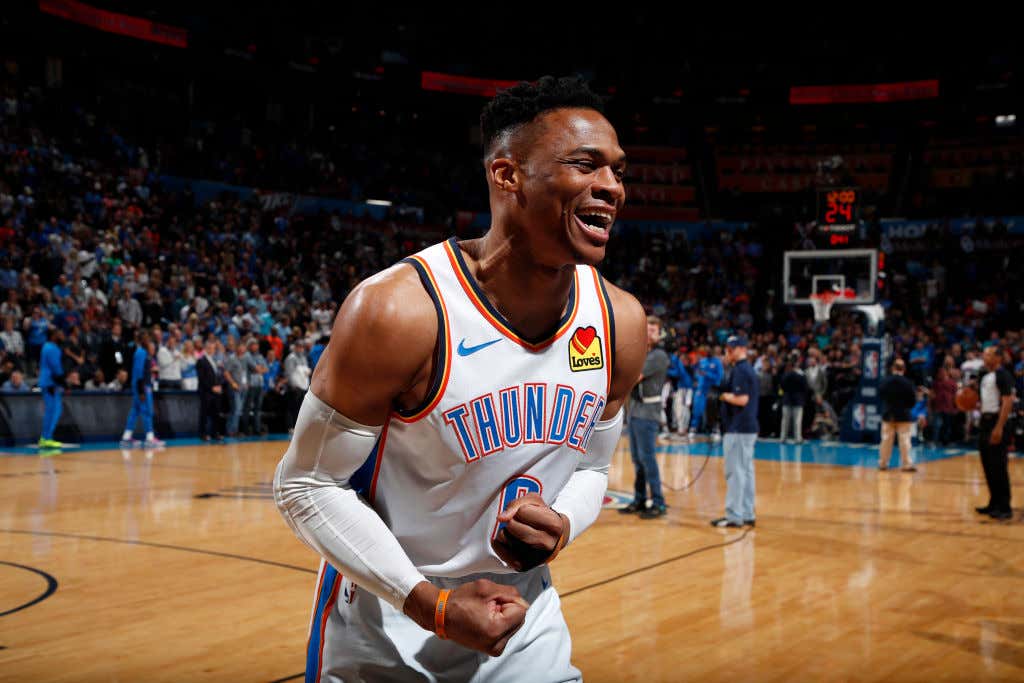 On April 2, 2019 we witnessed one of the rarest feats in NBA history. Throughout the league we see guys do some historic shit from time to time, but on that night we witnessed Russell Westbrook become just the second player ever to drop a 20-20-20 performance

He dedicated the performance to his friend Nipsey Hussle who had been murdered just a few days prior, and the 20/20/21 was a pretty powerful tribute. The only other player in history to accomplish this was Wilt Chamerblain, and he did it in 1968. There has been a lot of basketball played since then and nobody was able to pull it off until Westbrook.

You may Remember SGA's 20/20/10 performance this year which was also pretty rare, but by comparison that has been done 98 times in league history. Still insane, but not quite the level of that magical Westbrook performance. Who knows if we'll ever see a box score like that again, which is pretty wild to think about.