Let me just start by saying that it's very hard to keep up with everything that's going on, so if things change in terms of the definition of Black Out Tuesday by the time you're reading this blog, I apologize. The way I understand it right now is that last night several music executives (Jamila Thomas and Brianna Agyemang) spearheaded an effort to "shutter normal business operations on June 2 via their #theshowmustbepaused initiative." Here's what was posted on the official #TheShowMustBePaused website: 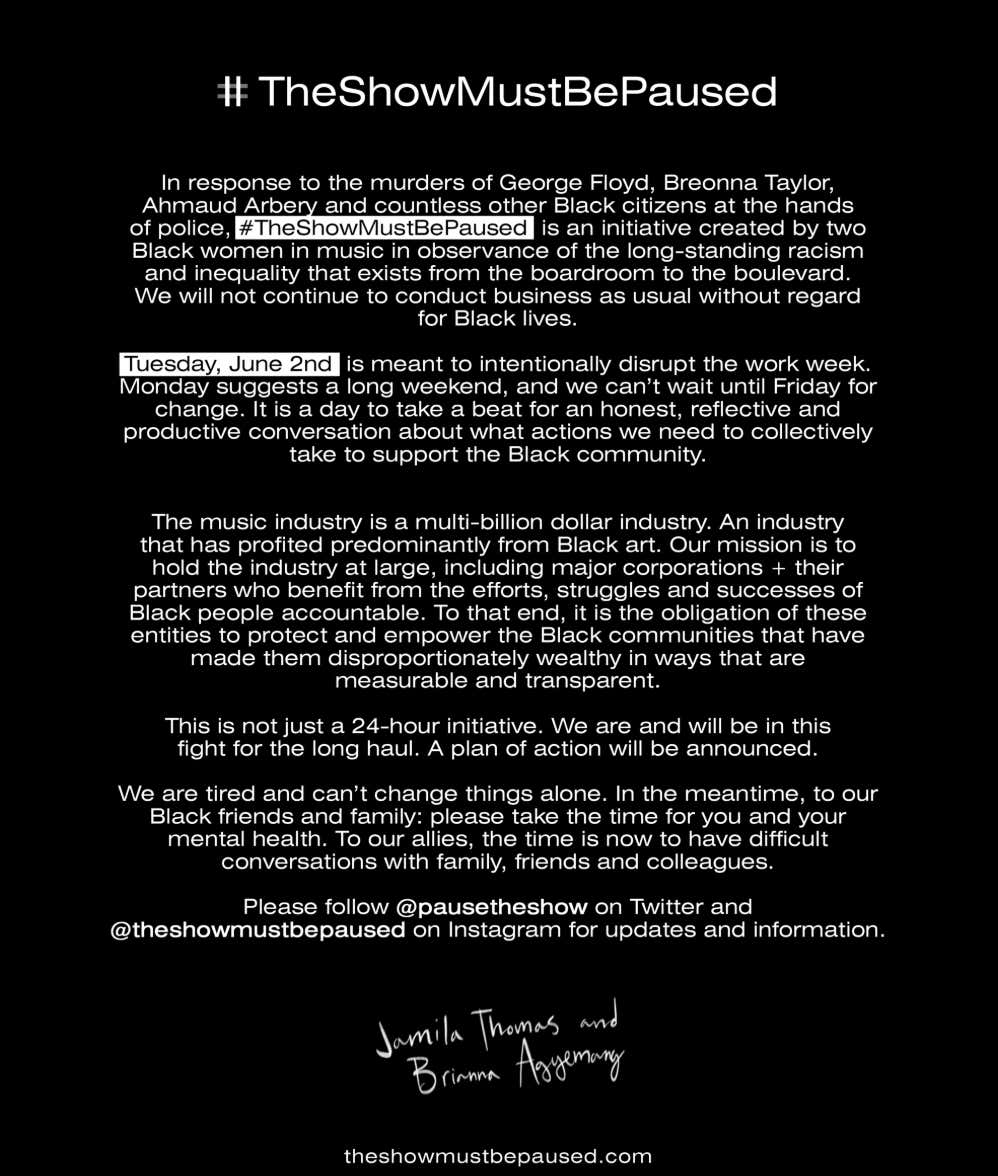 An abbreviated version of that message was shared by music heavy hitters like Quincy Jones, The Rolling Stones, and others in order to get the ball rolling...

From there, it took on a life of its own on social media. Basically everybody and their mother has been posting black squares (mainly on IG) with either the hashtag #BlackLivesMatter, #BlackOutTuesday, or #TheShowMustBePaused. There are others, but those are the main ones.

The idea, again, as I understand it, is to show solidarity with the #BlackLivesMatter movement by blacking out social media. The feelings around that idea have been mixed. On one hand you have people saying it's great, and on the other you have people calling it out for preventing valuable information from being shared. The woman's tweet attempts to explain the latter:

This lady's explains the former:

I get both. KFC had some great back and fourth on his twitter so make sure to check that out. I realize this isn't a typical Barstool blog, but this will be by far the biggest story of the day so I wanted to explain it the best I could for you guys. In 2020 everyone has an opinion, make sure to think before you share yours. Crazy times.