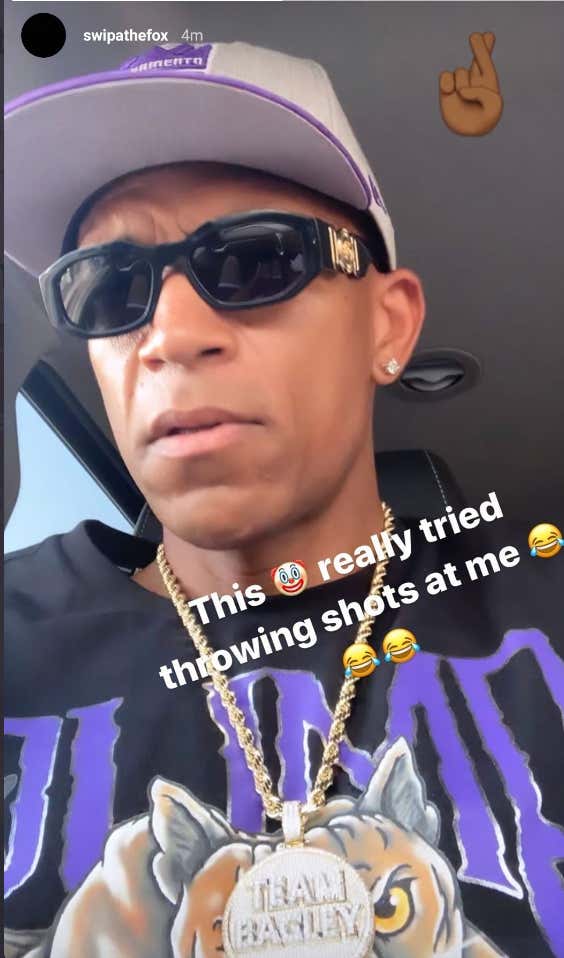 I've always thought the Raiders were the NFL version of the Kings, which is why it's perfect we have two Today in These Teams blog in back to back days. Clem talked about Henry Ruggs here, who suffered a thigh injury while helping a friend move. Call me crazy but if you're a first round pick in the NFL you should be exempt from helping friends move. Speaking of friends.

Introducing De'Aaron Fox vs Marvin Bagley's dad - yes his dad. Now we're not quite sure the context here for why Fox is pissed. But he put this up on his story and deleted it 5 minutes later. Someone asked Bagley Sr. about it and he had this to say:

What makes that even funnier is he posed that question on this Instagram:

DJ Big Bag! What a fucking name. I don't know why but I can't stop laughing at this whole thing. Old heads only. But either way this isn't necessarily shocking. Bagley Sr. has always been a part of Bagley's career. He was given control of an AAU team because Bagley Jr. was the best player in the country.

Not only that but Kings fans will always be salty towards Bagley. I actually think he's a fine player. But picking him over Doncic so you kept the ball in Fox's hands more will look terrible as the years go on. You could play Fox and Doncic. Doncic can be a wing playmaker with Fox as the lead guard. But Vlade loved Bagley and went with him. Meanwhile Doncic is well, you know what Luka is doing.

I think it's time to bring De'Aaron Fox to the Knicks. Kings get Frankie and one of the 12 power forwards. Bingo bango, I accept on behalf of the Knicks.

Oh if you're a parent of an athlete, you maaayyyyy just want to chill on social media.