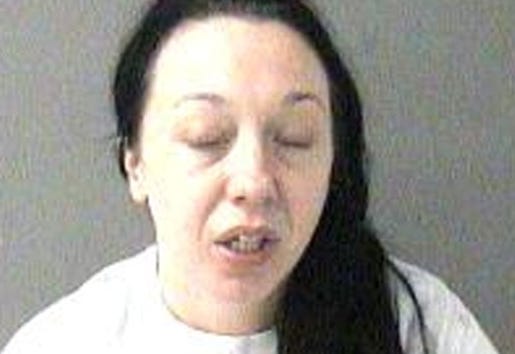 Fox DC - A naked woman was arrested after allegedly trying to rob a convenience store in West Virginia. The incident happened Thursday around 1:30 a.m. at the One Stop convenience store on Goff Mountain Road in Cross Lanes. Police say they were responding to a call for a naked woman in a motel parking lot when they received an alarm from the convenience store. When they arrived they found 30-year-old Drema Setliff naked inside. Setliff tried to cover herself with a white towel she was holding and allegedly told police, “Take me to jail.” She allegedly entered the store, locked the front door and demanded cash from the register. She is accused of grabbing the clerk by the hair and demanding that the safe be opened.

What, can you not do that? Are you not supposed to strip naked and demand money from the convenience store clerk? Well now I know. Kind of an important lesson for all of us. And I love the move she pulled by locking the door behind her. Cops can’t get in if it’s locked, so there’s no way she can get caught. Plus if they touch a naked woman that’s called rape, brotha. The perfect crime.

PS: I love mugshots. My favorites are when people are crying in them. Especially when dudes are crying or the woman’s makeup is pouring down her face like a waterfall. Actually, one day I’ll compile all my favorite mugshots that I’ve ever blogged. There are some amazing ones. This one is subtly funny because I think she’s actually smiling for the camera, and that’s how she smiles. What if her whole life this is the stupid face she makes every time she smiles? It’s probably not a top 10 mugshot, but it’s making me laugh every time I look at it.