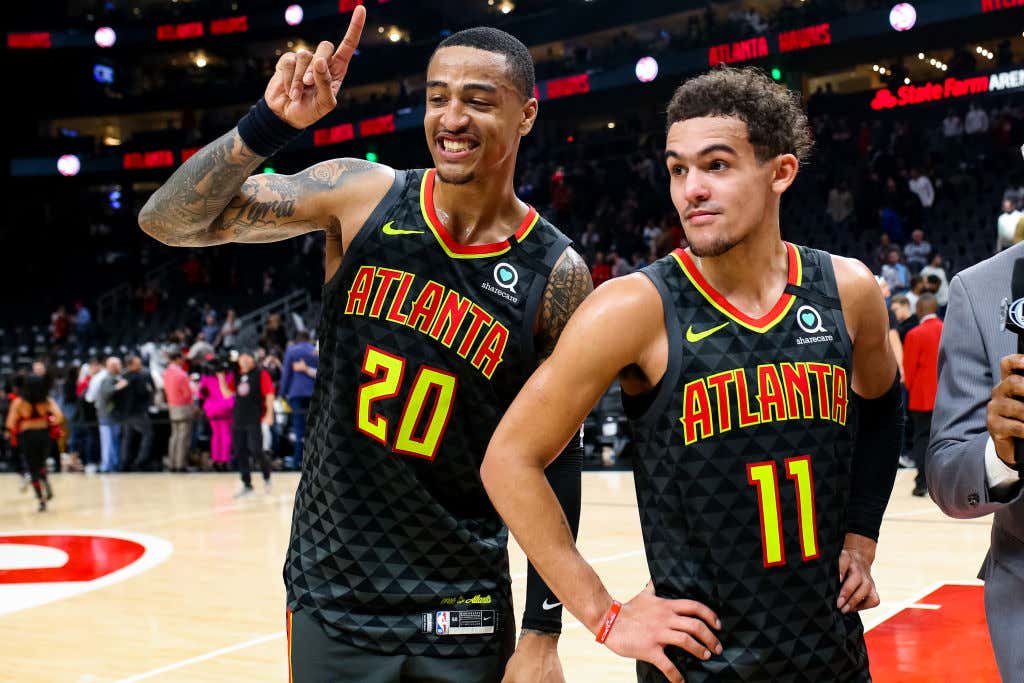 With it looking more and more like we're going to be bringing 22 teams back once the NBA starts up again, I started thinking about next season and who we could see potentially be a surprise team. This season we saw a few examples of this, most notably OKC, MIA and MEM. What I mean by surprise team is either someone who most think won't be very good but then the games actually start and they find themselves either in the playoffs or a team that makes some key additions and skyrockets up the standings like MIA did. They went from the lottery to a 4 seed!

When you look at the teams that made that jump this season, one thing stands out which will be true for everyone we talk about in this blog for next season. You have to be able to defend. OKC had a top 4 defense last year, they had roster turnover and everyone thought it would be a rebuilding year. They responded with a top 9 defense this season. Now someone like MEM was pretty much the same defensively in terms of their rating, but the addition of Ja Morant drastically improved their offense. So my list of teams to watch out for next season will be a combination of both. I'm not including teams like POR/NO because I think we all expect them to be really good next year. Those wouldn't be surprises.

For as much young talent as this Hawks team has, that shit did not exactly translate in 2019-20. They finished the year with the 25th ranked offense and 28th ranked defense and were 11 games back of the 8th spot when things went on pause. Their biggest issues were obviously stopping opponents from scoring and winning on the road where they were 6-27. For me though, I'm choosing to believe in their top end talent as a group that could be a contender for that final playoff spot in the East. You can make the playoffs in that conference and still stink on the road. The Sixers are 10-24, the Nets 12-20, and Magic 14-20. It's not uncommon that young players improve on the defensive end as they get more experience, and it wouldn't shock me if that happens. They don't need to be good, they just can't be god awful and we could see them contend for a playoff spot.

Did you know after the All Star Break the Hawks had the 7th best offensive in the NBA?

The Suns actually started to show signs this season that maybe they might be one of the surprise teams. Remember when they started 6-3 and actually looked pretty good? Then Ayton got suspended and came back in mid December, but by that time the Suns were already 11-16 and that was sort of it for them. They pretty much stayed at least 7 games below .500 the rest of the way.

So why do I think they can maybe the the MEM of next year? Well for starters their net rating this year was the 17th best in the league. They aren't too far out. Much like ATL, their top end talent is legit. Their biggest need for improvement is on the defensive end, but with Ayton on the floor their rating was 108.4 compared to 111.5 with him off. A 108.4 rating over the course of an entire season would be good for 9th this year. You look at what MEM did this season with their 20th ranked offense and 15th ranked defense, that translated into the 8th seed. I don't think it's all that crazy to think the Suns could replicate that next year.

The Kings are an easy choice for me because chances are they won't have back to back seasons where they get absolutely demolished by injuries. De'Aaron Fox played just 43 games, Marvin Bagley just 13, Harry Giles 38, Bogdanovic 53 etc. In 2018-19 they were comfortably in the 9th spot, and had the 18th best net rating in the league. They were able to maintain their Ortg/Drtg this year for the most part all while not having their best players. Much like PHX, they are another one of those teams that at full health could be next year's MEM. They nearly won 40 games last year so the talent is there when it's able to play. Their issue was not just their problems on defense, but they had trouble winning in their own building going just 14-17 this year. I think now that everyone's contract situation is sorted out, at full health that most likely doesn't happen next year.

There are certainly other candidates like WSH and maybe CHI that could make the jump, but these are three that I think have the best shot at being a true surprise team. Maybe they'll get a ton of hype over the offseason and that might change things, but as things stand now I wouldn't be shocked if any of these three made the top 8 in their respective conference.

Think it could be someone else? Tell me who and why.