I'm sure a lot of you already knew that but I didn't and I'm hungover so BACK OFF. Anyways, stick with me here because I'm also sharing the internet worm-hole I went down that led me to this knowledge since it's good vibes:

I was watching the live launch coverage and astronaut Leland Melvin was one of the commentators. [*Fun side note - He went to U of Richmond on a football scholarship & then got drafted by the Detroit Lions in '86 but pulled a hammy. Then he went to the Cowboys where he got injured again ending his career... but it worked out because now he's flown 2 missions on the Space Shuttle Atlantis, and even better, never really had to be a Dallas Cowboy.] 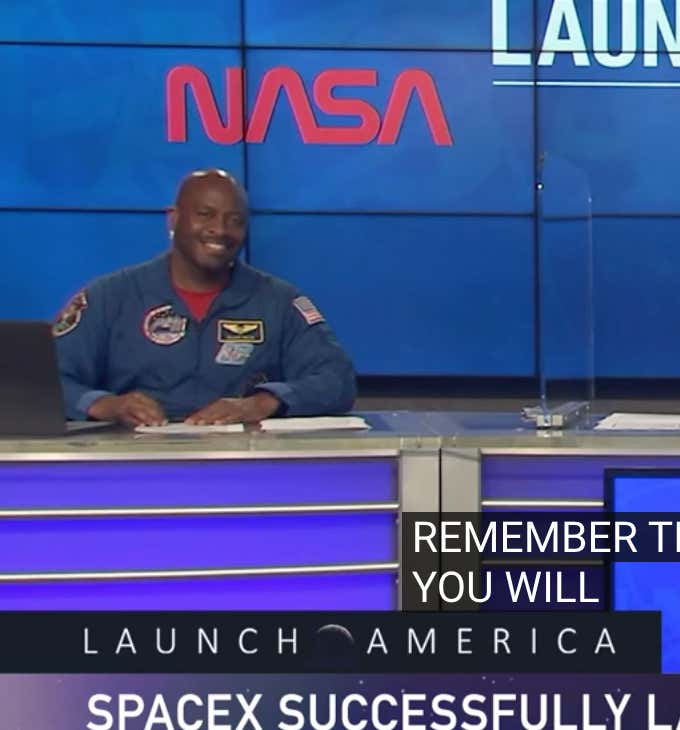 Anyways, Melvin was launching some rocket facts when it hit me that I recognized him from some of the most delightfully GOAT photos in recent American history:

So I went on Twitter to give him a follow, as I often do when I find someone who piques my interest, and saw that his most recent Tweet was to Jags backup QB Josh Dobbs.

And if you know me, I live, eat and breathe SPORTS because I work at a little place called Barstool SPORTS. So I watched that video and learned this factoid: 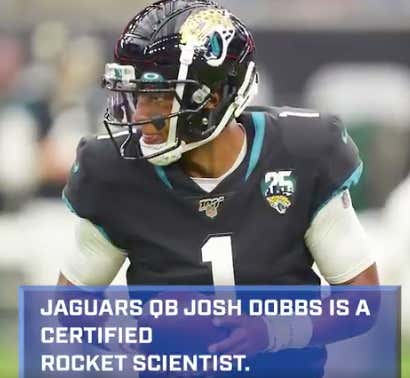 So THEN I went to Dobb's profile, followed him, too, and looked up more about him because that's the kind of nosy ass person I am:

Dobbs majored in aerospace engineering during his time at the University of Tennessee.[3] The university presented him with the 2017 Torchbearer Award, the highest honor for an undergraduate student, which recognizes accomplishments in the community and academics. Dobbs was heralded as possessing a perfect 4.0 grade point average and being named to the Southeastern Conference Academic Honor Roll.

During this off-season the NFL Player's Association had linked him up with an externship as an Aerospace Engineer with NASA. He might not be taking the Jags 'to the moon' in Barstool's sense of the term anytime soon, but could Dobbs be the next NFLer to go to space?? Stay hot, rocket scientist.

Alright, that's the blog. You may now commence the comments letting me know, "Everyone already knew that about him. And PS. you have small boobs, Kate." Carry on & happy Saturday.