Just throwin you this little fun fact on a Friday night for no particular reason whatsoever - Ricky "The Dragon" Steamboat's real name is Dick Blood. 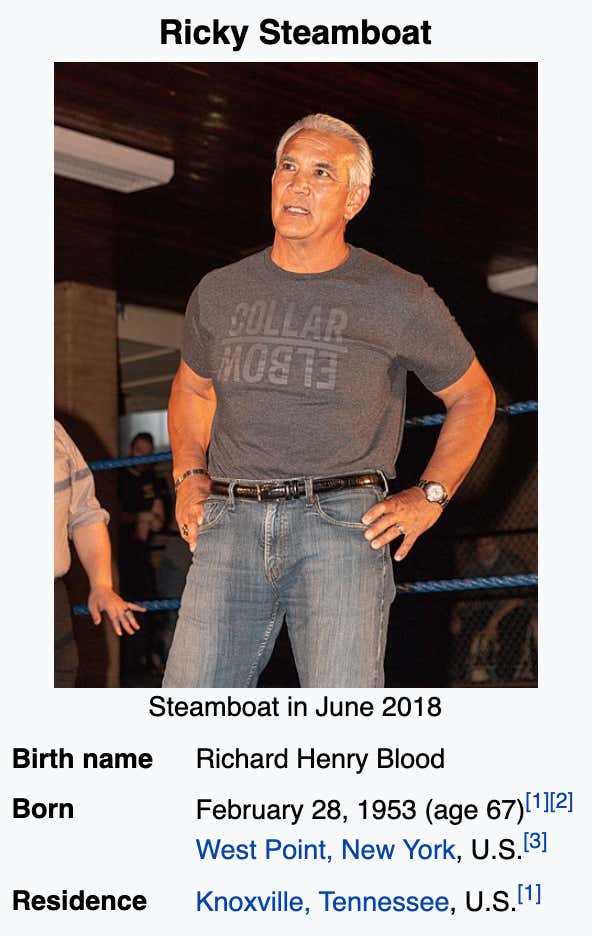 Could you believe it? I couldn't when I first found that out! What a ridiculous name. All time professional wrestler tho!

While the match with Randy Savage at WrestleMania III is what everyone remembers the most, Dick's trilogy of matches with Ric Flair from 1989 is easily my favorite work of his career, and I'd heavily recommend anyone who hasn't seen those classics (from the Chi-Town Rumble, Clash of the Champions VI, and WrestleWar) to seek em out ASAP.

Steamboat was certainly one of the best ever, and proved he could still go well into his fifties. He's also named Dick Blood. Crazy!