It just doesn't get better than bearing witness to a reunion between a pup and his best friend. But these two? Well, they just took things to a whole new level of heartwarming.

First of all, this elderly man waits for Paul the Pup at Cumberland Farms every morning, fully loaded with treats. That alone is one of the sweetest things I've ever heard. Unfortunately, the morning meetings suddenly stopped because he became ill. I'm sure every morning Paul was wondering where his buddy was, concerned in a way only dogs can be. Months later he finally sees his best friend - who of course is wearing a flat cap because he's a distinguished, adorable man of style - and Paul can't get to him fast enough! You can literally hear his nails scratching on the concrete as he's launching himself in the direction of his best buddy! He finally gets to him and, ugh, it's just the fucking best. True love. A moment of pure joy made only that much better by the row of treats he has lined up for him. 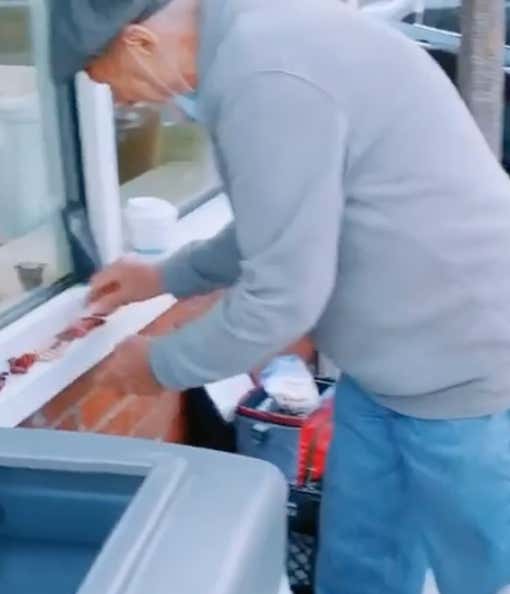