You've heard of the Iron Bowl before but what about the Iron MAN Bowl???

Is jet suit racing the sport of the future? Well I dare you to watch this video and tell me with a straight face that the answer is no. The sponsors are already there on the suits. The only thing this sport is missing is maybe a few more people so it's not just 1v1. And maybe you could give those people some sort of a stick that has something similar to a basket at the end of them. Then you could put a ball into play and they'd have to use the sticks to move the ball throughout the playing area. There could be a large net at both ends of those playing areas where you'd have to place the ball in order to receive a point. And if you wanted, you could designate one player to guard those goals from the ball entering them. And while we're at it, we might as well ditch the jet suits all together just because they don't seem to be very practical. So you can just put everybody back down on the ground and have them running around in cleats. 2 teams, 9 players and 1 goalie out there at a time for each team. And the main objective is to use the sticks to guide the ball down the field and eventually into the back of the net.

That right there is the sport of the future. Something along the lines of this. 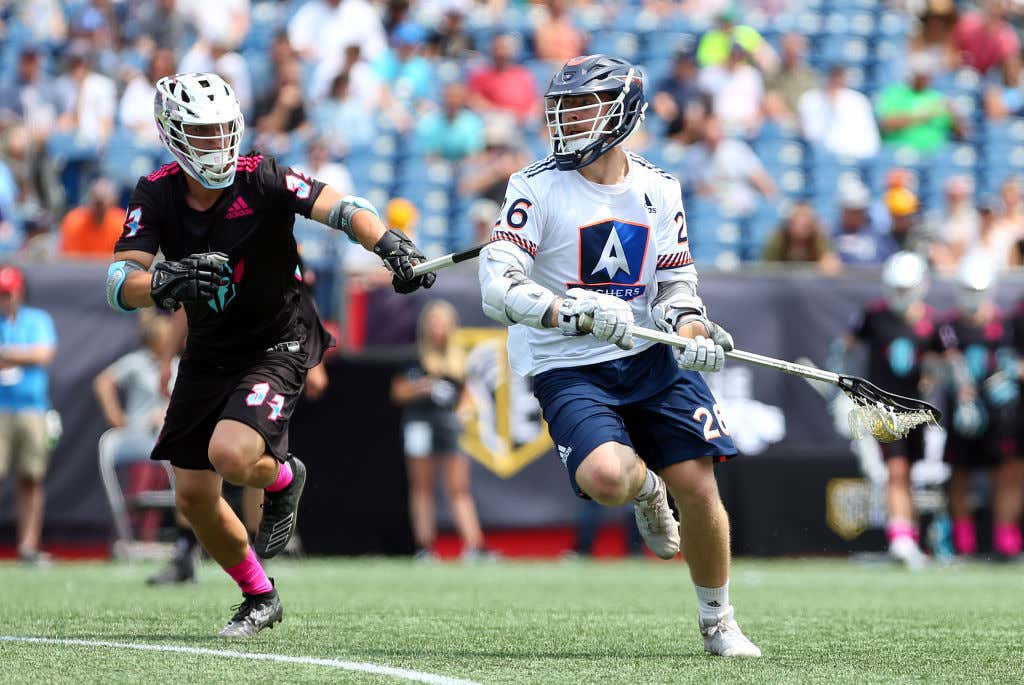