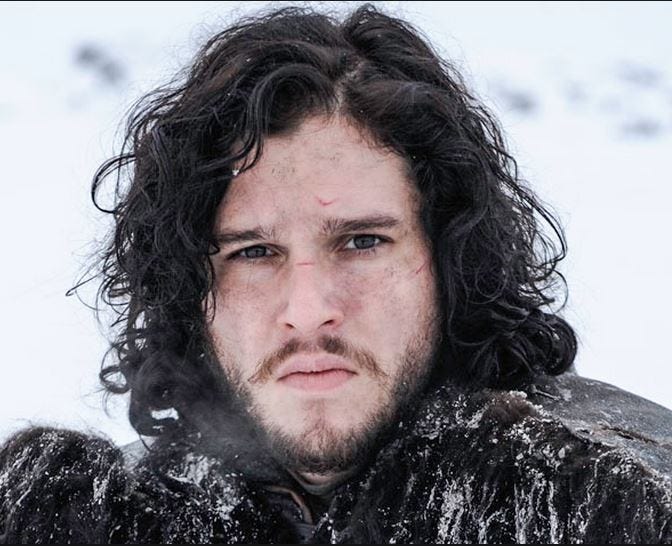 Time – Jon Snow may know nothing—but Kit Harington, the actor who plays him on Game of Thrones, had some thought-provoking insights into the way the media objectifies male actors. “To always be put on a pedestal as a hunk is slightly demeaning,” Harington told Page SixMonday. “It really is and it’s in the same way as it is for women. When an actor is seen only for her physical beauty it can be quite offensive.”“It’s not just men that can be inappropriate sexually; women can as well. I’m in a successful TV show in a kind of leading man way, and it can sometimes feel like your art is being put to one side for your sex appeal. And I don’t like that,” Harington continued. “In this position, you get asked a lot, ‘Do you like being a heartthrob? Do you like being a hunk?’ Well, my answer is, ‘That’s not what I got into it for.’”

Hey Jon Snow fuck off bro.   Oh wah, wah, chicks want to bang me, wah, wah.  What a horrible life.   Newsflash dude if you didn’t look like you did you wouldn’t be playing Jon Snow.  Serioulsy how’d you like to be Sam Tarly listening to this shit?  Jon Snow whining about how unfair it is that he’s so fucking handsome.  How all the Wildling sluts can’t keep their hands off him.   Meanwhile Sam has to date some ugly bitch who has a kid with her dad.  Seriously I’d take that dragon glass and stab him right in his gorgeous heart with it.   Nobody likes pretty people who complain about how hard it is to be beautiful.