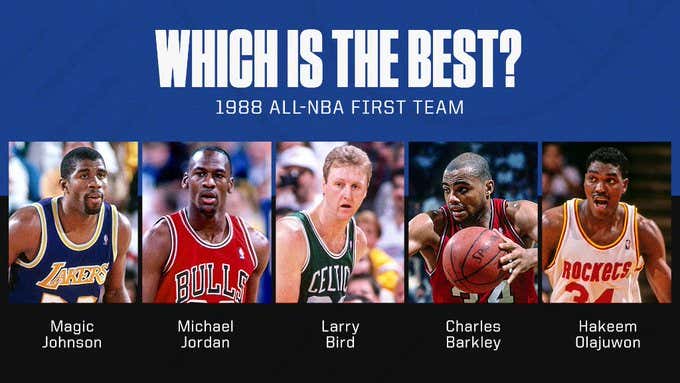 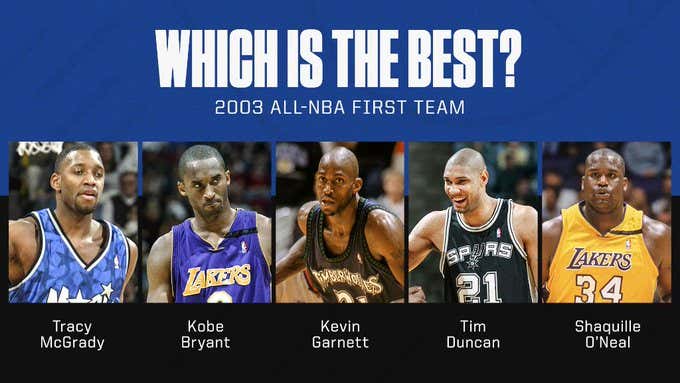 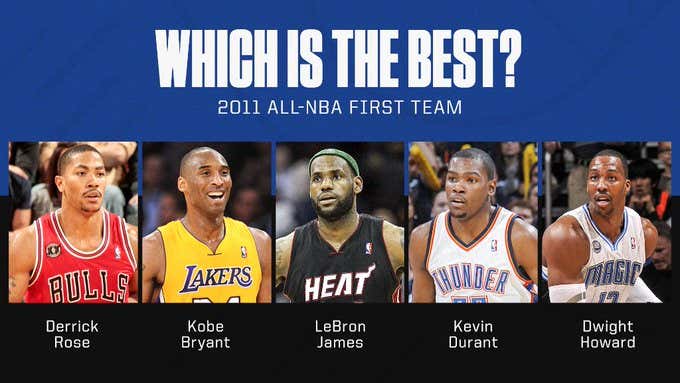 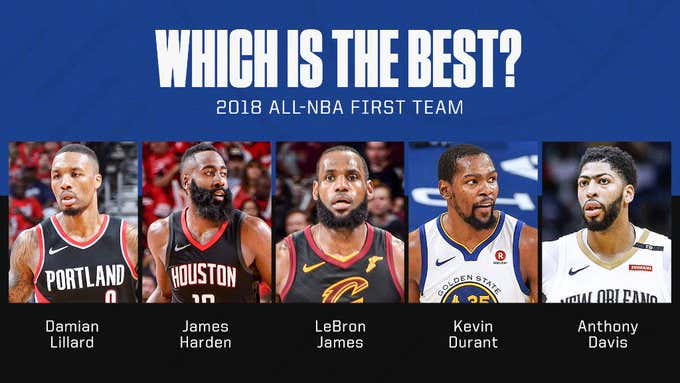 It is my promise to you that if there is any sort of ranking/debate question posted somewhere on the internet, I am going to blog it. No need to call me a hero, I'm just doing my job. Why you might ask? Because we're on day like 79 of this quarantine bullshit and this is what we have for sports topics. Accept it and move on. For once surprisingly, ESPN did not lie. It's true that all four of those All NBA First Teams are stacked. Hall Of Fame players everywhere you look. But which one is the best? You could make a case for a some, so let's break it down

Deep down we all know this is the answer. When four of the guys are pretty much locks for top 8 all time, you're not getting better than that. For those who maybe weren't alive in 1987-88, here is what each of these guys did that year

Larry bird was the oldest of the bunch at 31 and he was putting up 29.9/9.3/6.1. Just an insane collection of talent. They have the scoring, they have the passing, they have the defense. What they lack in outside shooting they make up for in everything else. Between Larry and Magic they would carve up any defense thrown at them, they'd own the glass with Chuck and Hakeem, and then oh yeah you sprinkle in the greatest player to ever play at 24 years old. Nobody can touch this group.

Having said that, if you had to choose a squad to really challenge that 1988 team, it's 2003. I mean holy shit. Here's a look at what everyone did that season

A somewhat efficient young Kobe and TMac? Prime Shaq? MVP level KG (he won it the next season)? This team would be a bitch to guard simply because of how awesome their bigs are. I could certainly understand why people might think this is actually the best group. They pretty much have everything covered outside of elite passing. Not sure how Kobe and TMac would coexist in a real game, same with Duncan and KG since they hated each other, but from a talent standpoint it's hard to find too many weaknesses.

This group is comfortably third for me. You had MVP Derrick Rose, prime Dwight and LeBron as well as a young 22 year old Durant who was already one the best scorers in the league.

Even though they may not have the three point shooting, every one of these guys was a matchup nightmare, even a 32 year old Kobe. Now that I see LeBron and DRose's numbers side by side it really is comical that LeBron didn't win MVP that year. Voter fatigue like you read about. I also think as time has gone by people sort of forget how dominant Dwight was in his prime. We mostly just make fun of him on the internet now, but 10 years ago this dude was a monster on both ends.

That means this year is 4th for me, but I can see the argument for maybe moving them to 3rd. I mean look at this production

Even at 33 LeBron didn't drop off at all, you have full prime KD and Harden, Anthony Davis as your versatile big, and then Dame putting up 27 a game is your worst player. That's not too sabby. Definitely the best passing group we've seen, by far the best outside shooting team we have, so this is really a question more of which style do you prefer. If we're being honest, the 2003 team would have some issues staying in front of this 2018 roster. There basically isn't a true center on this team. At first I didn't really give 2018 much love, but the more I think about it they make a compelling case to be higher. I'm not going to do it, but I also wouldn't call you crazy if you did.

So that's my ranking.

As usual this is where you can call me mean names on the internet if you want, but I think my track record has proven that when it comes to rankings, I do not lie. There weren't even any recent Celtics included for me to be a homer with. Sort of a self burn there because it just means they never had good enough talent but whatever. Is your order the same? If not how do you shake out.