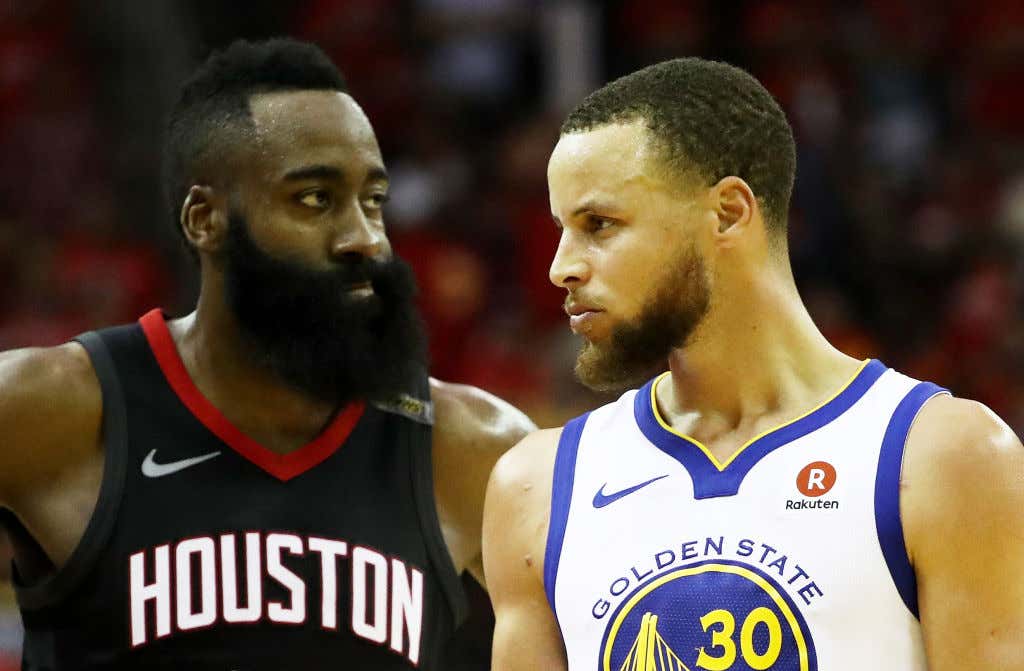 May 28, 2018 is a date that Rockets fans will probably hate for the rest of time. You may remember that day as Game 7 of the WCF. Yes, that's the game that the Rockets missed 27 consecutive threes which is a feat I didn't even know was possible. Especially for the type of shooting team the Rockets are. They lost, blew a 15 point lead and the Warriors went on to win the title. Now when it comes to the Rockets and their fans, they have a reputation of being a little whiny when things don't go their way. They aren't alone, plenty of fanbases and teams do it. But now that time has passed and we can look at that Game 7 objectively, I think they might have had a legit argument in terms of how that game was officiated. And because the internet rules, a video like this exists

I don't care who you root for, you cannot tell me those calls weren't some bullshit. Be objective. You also cannot ignore that Scott Foster was working this game. Given his history of being shady as fuck and his hated for the Rockets, that matters. All in all the calls/non calls accounted for 22 points for the Rockets which is pretty fucked up in a Game 7. Twitter knew what we were watching as it happened.

In almost any situation I hate blaming the refs for the outcome of a game. In most cases that's weak as hell. If the Rockets go like 5-22 from deep instead of 0-27 things most likely change. They choked to some degree, anyone who suggests otherwise isn't being truthful. But the same is true for anyone (Warriors fans) that say how this game was called had no impact on the result. Both can be true. I can't help but feel for Rockets fans with this type of shit going down in a Game 7. That would send me wayyyy past my breaking point, especially when it's against a rival. You would feel the same way if your favorite team had that same whistle in a do or die game with a Finals appearance on the line. I get that people hate on HOU because they cry a lot, but in instances like this they actually had a point.

Chances are the Rockets go on to win the title that year and that immediately changes the legacies of both James Harden and CP3 (if he got healthy to play in the Finals). That's a tough pill to swallow. I'm with people who argue they should have just made a couple threes, but that doesn't mean some shady shit didn't go down.

So to any Rockets fans out there, first I don't know why you clicked on this blog. That's some twisted shit to do to yourself. But I'll pour some out for you today and who knows, once the NBA is back maybe this will be your chance to redeem yourself now that James Harden and Russell Westbrook have proved to be an unstoppable force together. I don't think you have to worry about Westbrook pulling a hammy at the worst possible time, that dude is a monster.