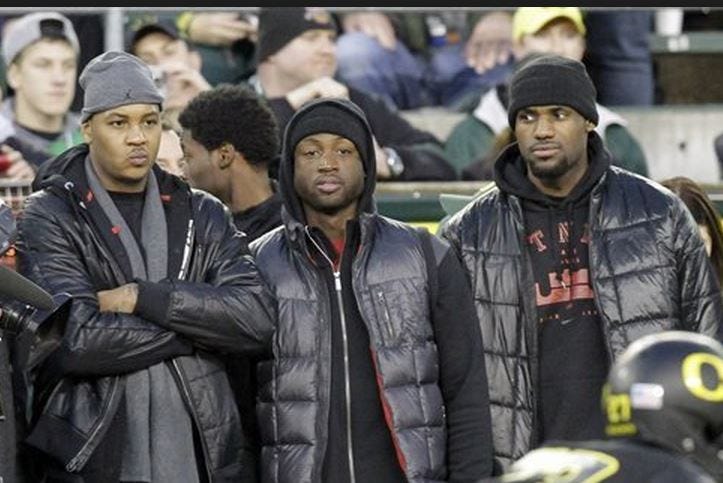 LATIMES - Although they have transformed the Cavaliers into one of the Eastern Conference’s top teams, the level of camaraderie between the three has been lacking. Love said last week that he and James were “not best friends. On Monday, James indicated there isn’t anyone on the Cavaliers he would consider a best friend. He said only Carmelo Anthony, Chris Paul and Dwyane Wade are his close friends among NBA players.

First of all it’s such a 2nd grade move to talk about who you consider your best friends.  Bron Bron strikes me as the type of guy who is constantly rotating who his #1 best friend is within his group of best friends too.  Like if you don’t do this for him he’ll put you back to #3 Best Friend.  Such a little child.

Anyway even though I generally look for any reason to shit on Lebron, I don’t think it’s that unusual for a star player not to be besties with other guys on his team.   Bird wasn’t.  Jordan wasn’t. Kobe certainly isn’t.  So I’m not going to hold this against Lebron.  Instead I just think his best friends are chumps. So Lebron it hurts.  Carmello? Douchebag.  Dwayne Wade? Douchebag.  Chris Paul?  Well I really got nothing bad to say about him, but Feitleberg just told me black twitter hates him so Douchebag.  Just a clown group of best friends for a clown guy.  Nice group of doucebag best friends douchebag.