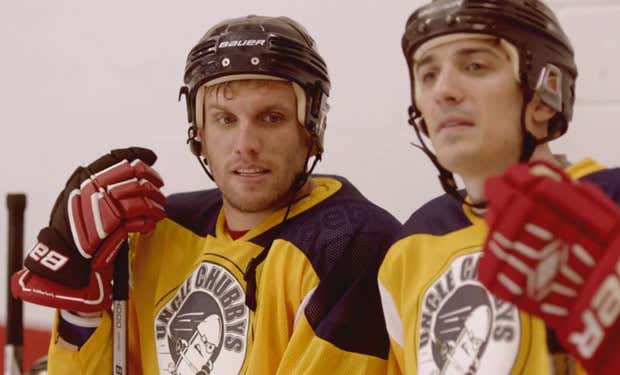 The NHL announced its plan to return to the ice and crown a 2020 Stanley Cup champion this summer. It is certainly reason for excitement and hope moving forward (unless you are a Buffalo Sabres fan, in which case your team is still trash and has missed the playoffs for 9 consecutive seasons now).

But as joyous as that announcement was, I don't understand how there isn't a plan in place at this point for beer leaguers to return to the ice. Because in almost every single aspect, returning safely to beer league hockey is infinitely safer.

For starters, the stands are already empty. Every once in a while maybe one of the guys on the team gets a new girlfriend and she shows up to a game. But then she quickly realizes that was a massive mistake and never shows up again. So if you have 30 games during a season, you might end up with a total of 3 combined fans. And that's for sure at the extreme end of the spectrum because most teams have 0 throughout years and years of games.

Secondly, most teams rarely ever get a full roster to show up on game night. You'll be lucky to have a full 2nd line on your bench. The games are late at night and once more guys on your team are married with kids than not, it's not unheard of to have to play a full period on the penalty kill because you only have 4 guys show up for the start of the game. Maybe another 2 or 3 show up as the game is going on but between both teams and the ref(s), rarely will you ever get a gathering of over 25 combined people.

So you can spread everyone out on the bench. You also don't have to worry about having everybody too close to each other in the locker room because like I said, guys are always showing up to the rink at different times. Carl might like to get to the games an hour early so he can tape his stick, get his skates sharpened, mix in a few stretches and get a warmup in. Kyle shows up halfway through the 1st period because he thought the game was tomorrow night.

All I'm saying is that if the NHL can make it work, then so can your local beer league. It just breaks my heart thinking about all those 11pm Wednesday night ice slots that are going to waste right now.