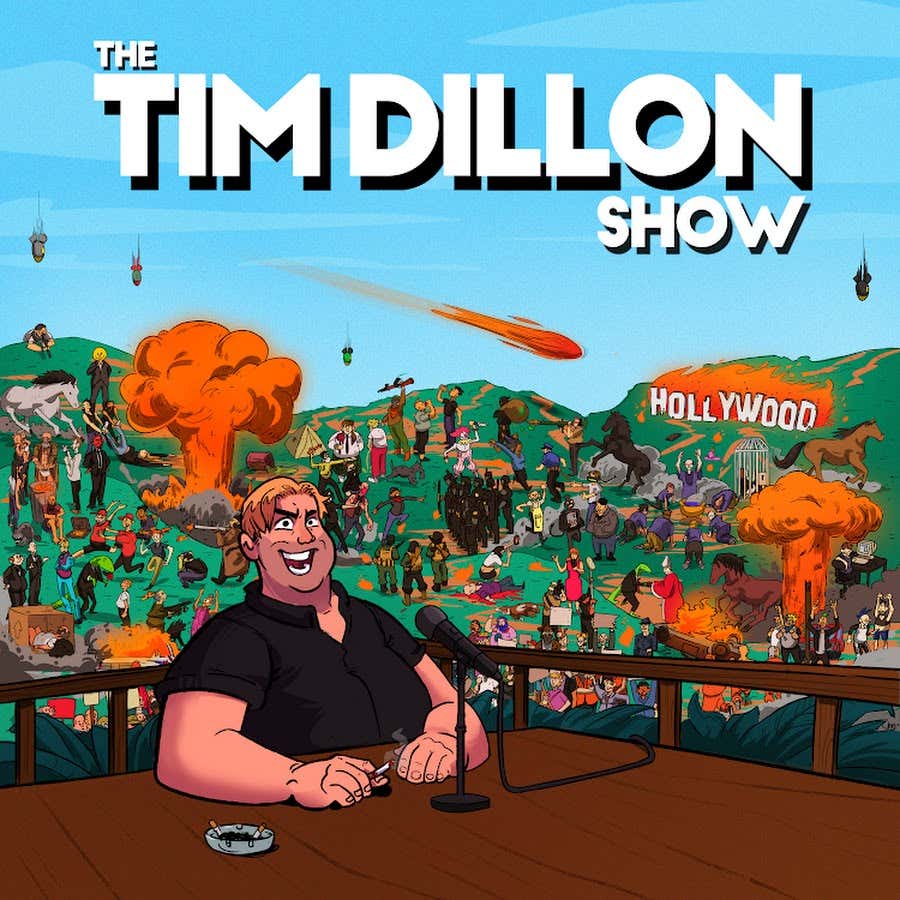 I wanted to write this blog a couple months ago but honestly didn't know what the higher ups would think of me shameless promoting a podcast not on the Barstool Network. But now that he has appeared on KFCRadio and has publicly stated that he thinks Dave Portnoy is a genius and that he wants him to "buy my podcast" I think it should be fine.

Tim Dillon does the podcast solo with his producer Ben who is best known for constantly laughing into the mic. That might seem annoying but it's not as when he's laughs, it's usually because Tim has said something legitimately hilarious (or seriously fucked up). It's one of the funniest podcasts out and Tim does an impressive job of ranting and raving to himself for over an hour each episode. Here are a few of my favorite rants he has gone on in the past. I recommend checking out his more recent episodes on on coronavirus too as they are darkly hilarious and often contain more than a grain of truth.

1. LONG ISLAND WEDDINGS (Skip to 37:25 to hear Nicole and Tommy give their weddings vows)

Doesn't matter if you've never been to Long Island, if you've ever been to an outrageously trashy wedding you'll appreciate this. Also, he kinda sounds like Rico Bosco in this.

Finally, someone stands up for corporate chain restaurants.

3. Personalities You Will Meet in High School (38:15) which include…

Tim engages in a little small talk with his Uber driver and by small talk I mean the Uber driver starts casually telling him about her son who's a serial rapist.

5. Why Painkillers Are Better Than Weed

Note: I am not endorsing painkillers. I am endorsing comedy. Go to the 10 minute mark to hear him talk about taking DMT and trying to sell inter-dimensional beings real estate.

These probably aren't even his best rants so check out his other episodes if you found any of it funny. Lord willing some day he'll sign with Barstool

P.S. He's made some solid videos as well: