My GOODNESS that was a beautiful melody of futuristic dystopia on a casual Wednesday. Now I know that some of the news stations said this was an old fashion goof up on their part, potentially due to the global pandemic throwing everyone's work processes out of wack.

NBC News- At least 10 TV stations across the country aired a news package in the past week scripted and produced by Amazon without identification — even featuring a voiceover from a company spokesman. The segments, first reported by Courier, a startup focused on local news and funded by left-leaning groups, used identical language that originated from promotional material Amazon released Thursday on Business Wire, a service for news shared by companies.

In the prepackaged segment, Amazon touted its plans to spend $800 million on health and safety efforts to keep its workers safe. Two of the stations that aired the segment said doing so was a mistake. "It was an oversight on our part that we didn't check all the bells and whistles, and it won't happen again," said Wesley Armstead, news director at WVVA in Bluefield, West Virginia. WVVA is an NBC affiliate owned by Quincy Media. Holly Steuart, general manager of WTVM, an ABC affiliate in Columbus, Georgia, pointed to a lack of experience in her newsroom as the reason the segment made it to air. "It came in as an email," Steuart said in an email. "It was a failure of our internal news management system. We have a lot of young producers here on their first jobs."

I can definitely understand that a bunch of people running news rooms via email and Zoom could lead to some misunderstandings. Plus if anybody at these TV stations were home with kids, the easiest way to pump out some content and get back to teaching 6th grade science is to publish something already written for you. Whom amongst us hasn’t relied on CTRL+C and CTRL+V to help us in our careers or school?

According to Amazon, this is all business as usual anyway.

A spokesperson said that Amazon has previously provided news media with company video and that the company created the segment in response to a large number of requests from journalists hoping to visit warehouses. "This type of video was created to share an inside look into the health and safety measures we've rolled out in our buildings and was intended for reporters who for a variety of reasons weren't able to come tour one of our sites for themselves," Amazon said in a statement.

As a wise man once said "Alert the media and then you control the story. Wait for them to find out, and the story controls you. That's what happened to OJ". This isn't Jeff Bezos looking to control the media. This is Jeff Bezos looking to console the worries of his investors and climb back atop the billionaire power rankings box-by-box, day-by-day with Davey Day Trader cheering him on the entire time. Nothing more, nothing less. If the media wants to run the stories Bezos' company feeds them, fine. If not, all good! But there will be absolutely no controlling of the media, at least not during this phase of his plan. Chaos may be a ladder, but does this look like the face of a guy who would want to take advantage of the journalism industry being in complete disarray? 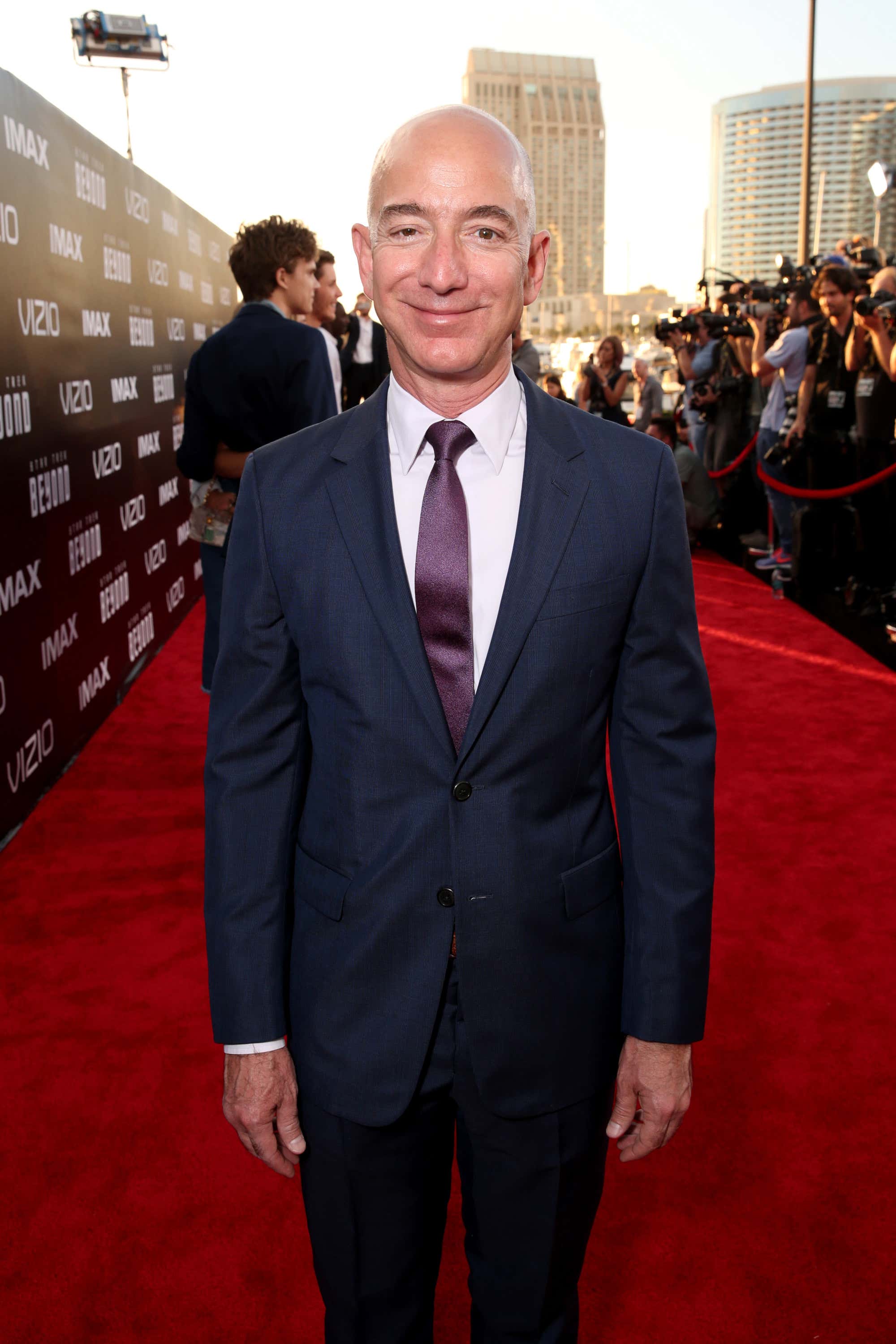 You know what? Don't answer that. But rest assured that Jeff Bezos and Amazon has everyone's best interests at heart. #TeamBezos for life.