You probably won't be surprised to hear that I had some issues passing my conditioning tests in college. We did 110's under Charlie Weis' regime at Notre Dame. A 110 is a conditioning test where a football team stands at the back of one goal line and runs to the opposite endzone; running the full length of a touchdown, plus 10 extra yards. Any civilized strength and conditioning coach probably has his football team broken down into three categories: "Skill" (RBs, DBs, WRs, Linebackers that want to showoff), "Big Skill" (QBs, TEs, LBs, OLB, K, P), and "Power" (OL/DL). The Power group can also be referred to as "linemen," "line," "fat guys," and my favorite "bigger skill." Each group had a specific time they had to complete every 110 in.

The number of 110s ran is up to the individual football program. I forget exactly how many 110s we had to run at Notre Dame. Mainly because I was too fat to finish them either of the two years while Weis was our Head Coach, but I'm pretty sure it was 20. I was famous for making 14 110s in good health before "getting sniped" around the 17th to 18th 110. "Getting sniped" is just a fun way to articulate getting dropped and passing out in the middle of a football field from a bad mix of exhaustion and obesity.  If you haven't heard the backstory of how I showed up to ND as a freshman weighing 333 lbs here it is...

I lost a bunch of weight right before my senior year. I was getting recruited at 315 but got down to 270 right when Jappy Oliver, ND's d-line coach, came to Louisville to see me during my senior season. Jappy was like "You slim-down? You look-good." At the time I didn't even know college coaches cared about stuff like how much I weighed. I was like "Oh, yeah. Figured I'd see what I can do without the weight this season." He said, "Okay, Momma good?" Fast forward to that weekend. I was sitting down at a Cracker Barrell with my family when Charlie Weis called my phone. I rushed outside, through the amazing gift shop to answer his call. Coach Weis said, "Hey Brandon. I heard you lost a ton-a-weight, getting slim." I said, "Yeah Coach. Feeling good. I think if I can get to..." "Your ass better be 300lbs or more when you report to camp or I'll make sure you'll never see a snap in a Notre Dame helmet." I went back inside and housed an order of the country fried steak with a side of country fried chicken. After that meal I got me a hood, good trainer, who got me stronger and fatter every week. (He allegedly did some time after shooting and killing a police horse, by accident, during Derby weekend.)

When I got on campus that summer everybody including our captains (Maurice Crum Jr, Kyle McCarthy, David Burton Jr, and David Grimes) knew I needed help getting into shape before the 110 test in August. We would start off the summer running a lower amount of 110s to build our endurance for the 20 we had before camp. And every time I went to get some air by bending over and putting my hands on my knees, our strength coach Ruben Mendoza, who was bigger than me by the way, would scream, "AIN'T NO AIR DOWN THERE NEWMAN!" I'd end up missing my time on the last 2 or 5 and every 110 I missed I had to re-run afterward but Burton, McCarthy, and Grimes would always run the extras with me.

Maybe I wouldn't have missed my times if Coach Mendoza would have let me bend over and get some air in my damn lungs. I always knew it felt better down there, hands on my knees, taking deep breaths trying to save my own life. Instead, I had to stand up, put my hands on my head (like a bitch), and try to avoid eye contact with the other fat guys in my group like Mike Golic Jr who was inevitably throwing up on himself like he always did during our 110 tests.

It got so bad that I'd get defeated by 110s before I even ran them. Passing the 110 test is as mental as it was physical for me. I grew such a big reputation on the team for missing my 110s that my sophomore year, a 5-star recruit from Hawaii, Manti Te'o, tried to earn some brownie points with the coaches by running his 110s with me. "Come on B New! I'm running these with you today, Uce." I was so pissed. Getting help from a freshman is not the same as getting help from a team captain or a starter. I looked at our starting weakside linebacker Brain Smith and motioned him over to run with me and politely asked Manti to get the fuck away from me. Like I said, running 110s was already mentally exhausting and Manti and his face didn't help me at all. What would have helped is letting me put my hands on my knees and get some gosh darn* air in my lungs. 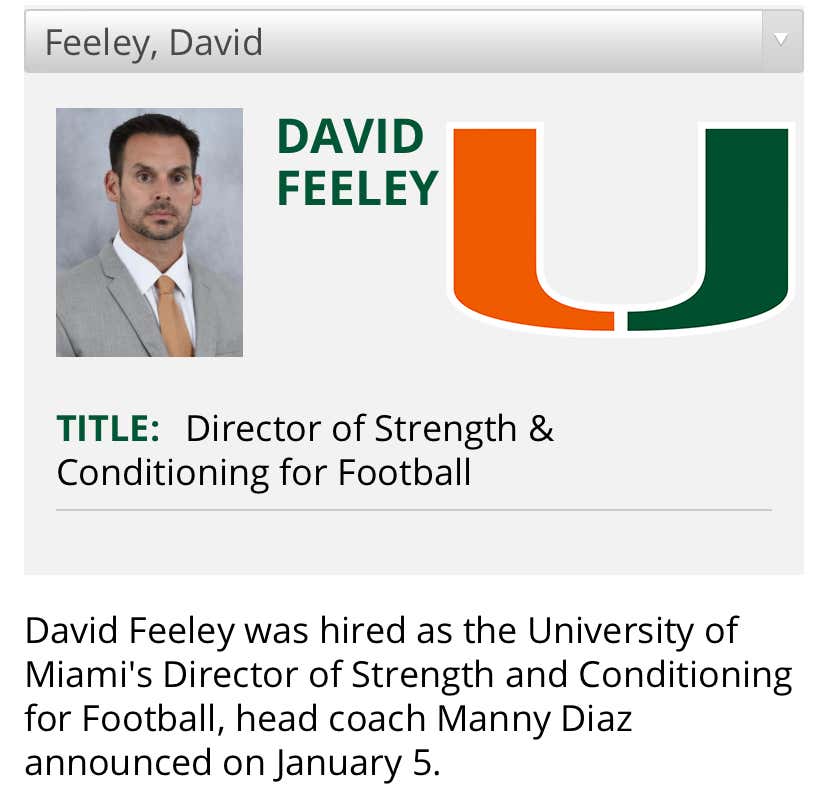 When I got to Ball State for my fifth year, the strength and conditioning coach at the time was the infamous David Feeley, now the Director of Strength and Conditioning for the University of Miami. Feeley kicked my ass when I got to Ball State to prove to his guys that the kid from Notre Dame wasn't tougher than them and he was absolutely right. I know I passed the 20 110s that he demanded from us at Ball State because I was honestly afraid of letting him down. I had no friends when I came in as a graduate transfer and spent a lot of time running on that game field when I wasn't at Pita Pit, Pizza King, or Mancino's. And let me tell you, nothing feels better than finishing your 110 test with your teammates. I only experienced it once in my college career, but it was amazing.

A couple of years after I left Ball State, David Feeley had his guys at Ball State running 30 110s before camp which is a unique form of torture.

I talked to Feeley the other day and he can't wait to get his guys in Miami back on campus to see just how disciplined they've been during the quarantine. To all you college football/NFL draft nerds, keep an eye out for all 11 draft picks from 2020 that he trained.

I just hope he and the rest of the strength and conditioning coaches out there allow their players to get some air the old fashion way when everything gets back to normal. It's up to them to make the hands-on knees posture great again. 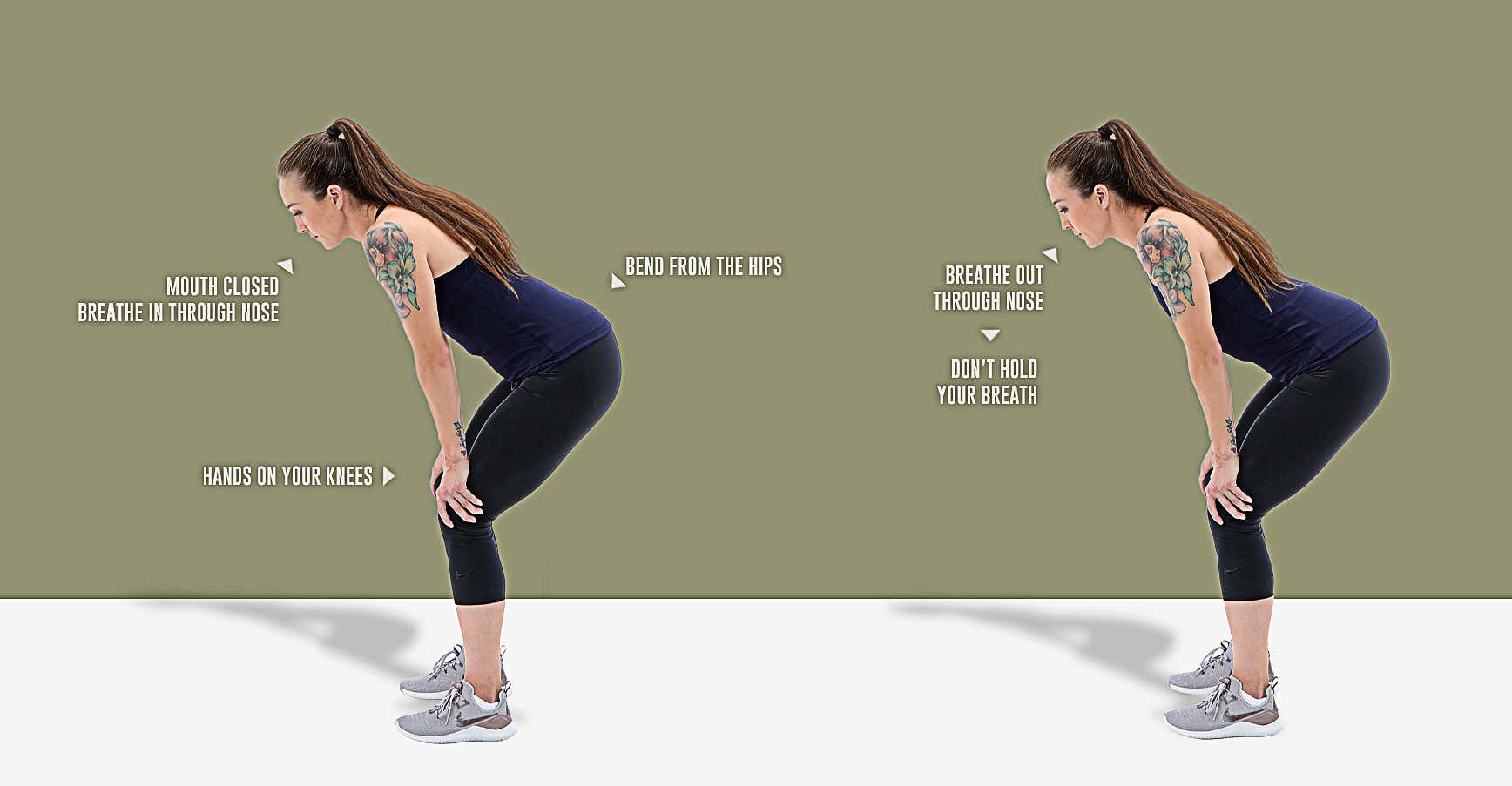