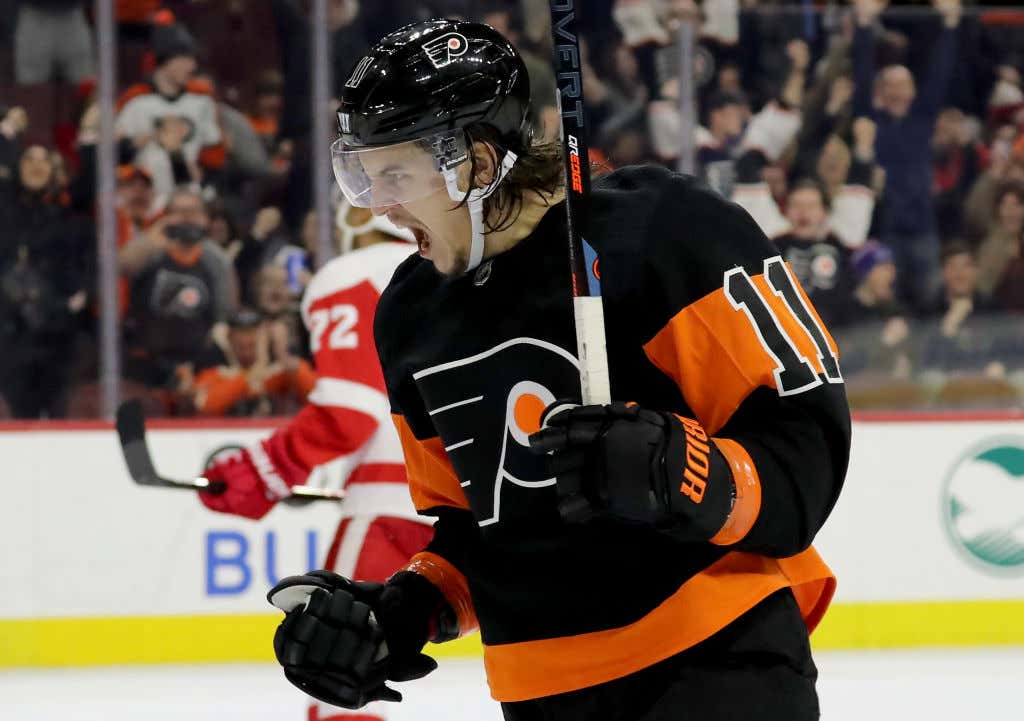 I mean let's just state some facts here. There was no team in the National Hockey League that was hotter than the Philadelphia Flyers Men's Professional Ice Hockey Team before the coronavirus pressed the pause button on the season. The Flyers were playing like some certified shit kickers. The players were buzzin, the coaches were buzzin, the entire city was buzzing. In the beginning of March, the Flyers had the best percentage to win the Cup...

And then naturally the world went into full blown disaster mode and everything in life shutdown because the city of Philadelphia can't have nice things.

Which is the exact same reason why I am all but certain the Flyers are still winning the Cup this year. Because for the majority of us Flyers fans, we've never seen the Flyers hoist the Cup over their heads in our lifetime. So it would only make sense that the first time they win since 1975, nobody will be allowed in the building to witness it in person. But who gives a shit because it's still the Stanley Cup. And I don't care what any fuck head politician says, we're having a goddamn parade. Even if it needs to be the longest parade in human history.

According to Google, there are roughly 1.5 million people in Philadelphia. I'd imagine if we kept everybody 6 feet apart, we'd be good to still have at least 5 or 6 rows deep of folks along the parade route. So let's just conservatively say we set up rows of 5 people. So that means there would be 30,000 rows all spread out 6 feet apart. Multiply that together, divide it all into miles, and we've got a Flyers Stanley Cup Parade route which will be about 34 miles long. Honestly what I think would make the most sense at that point is if we spread the parade out a little longer and just made it go from Philly to the Jersey Shore. Take it from City Hall over the Ben Franklin, onto the Atlantic City Expressway, hop on the Parkway and take it to Sea Isle. Hopefully by the time the Cup is handed out we'll be allowed to take baths in 302s at The Carousel and it'll be the greatest time of our lives.

Oh and if anybody doubts that the Flyers will come back out of this just as hot as they were going into it, just keep 2 things in mind here. The first being that there's a chance Nolan Patrick could finally be healthy and ready to play again. The other is that James van Riemsdyk had a kid during all of this so now he has Dad Strength. The Flyers only got better during quarantine. They are about to shit pump everybody they come across. Now or Never.