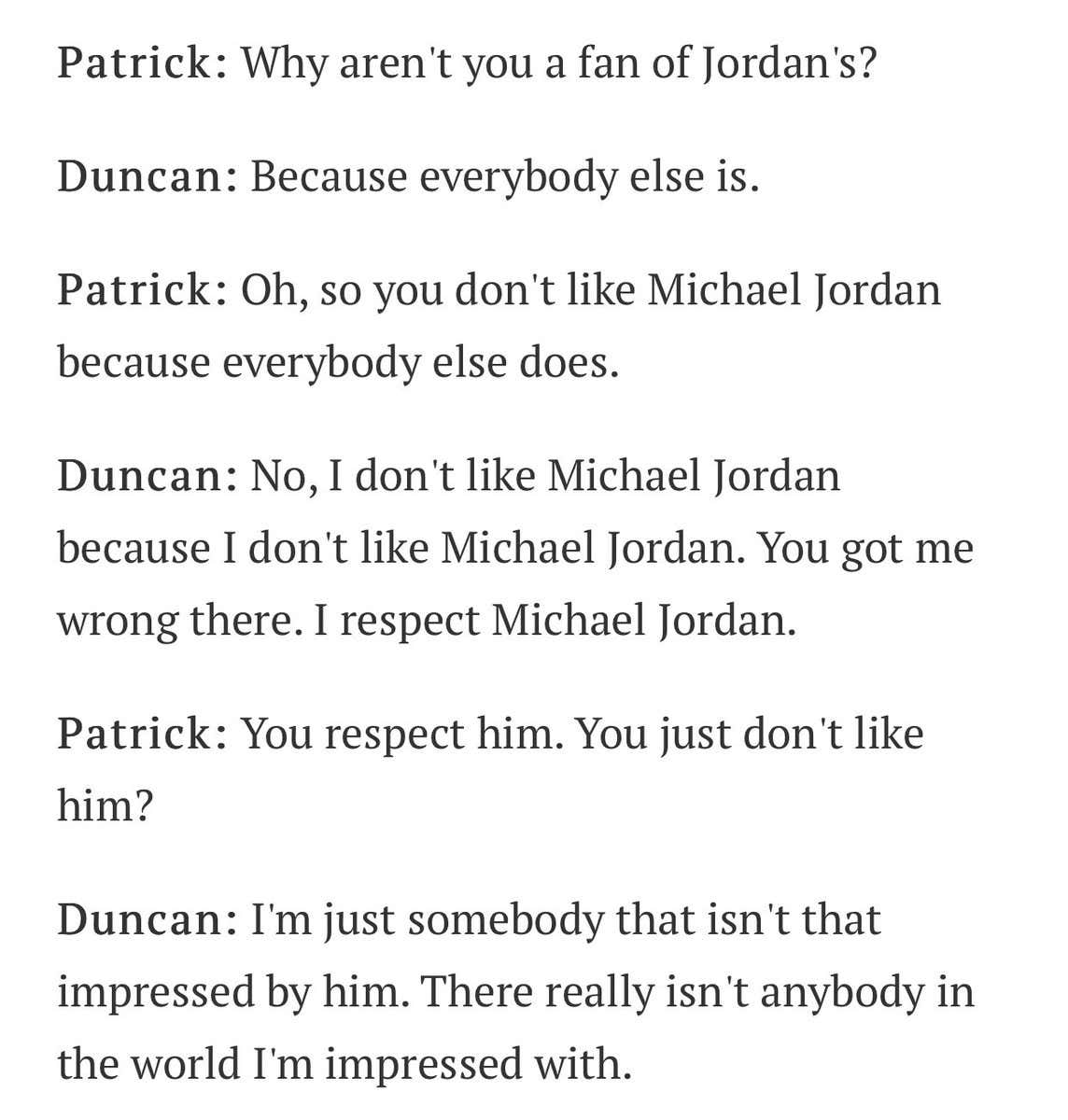 OK so a little backstory here. Those comments are from way back in 1998 when Duncan was on the Dan Patrick Show as a 22 year old. He had won ROY the season before and to be quite honest it's the most Tim Duncan interaction I've ever heard. Think of what we learned during the MJ Doc and what a monster Jordan was by the time we got to 1998. Everyone loved him, wanted to be him, etc. Unless you were like Isiah Thomas I'm pretty sure everyone loved MJ including Scott Burrell.

Then think about what Duncan said. That "there really isn't anybody in the world I'm impressed with", it just goes to show you what type of mindset he had even at 22. This was before his first ring and well before he would solidify himself as one of the greatest players in NBA history. If I had to guess, I would say the only people that Duncan actually did like in his playing days was probably Pop, Tony Parker, and Manu. I understand not liking MJ because you're a competitor, but to not be impressed at all with what he accomplished and to say that at 22 when you haven't done shit? That's crazy yet so perfectly Duncan I can't stand it. How can anyone look at what Jordan accomplished by 1998 and not be impressed? Even if you have to play against him, what he did on the floor and culturally is the very definition of impressive. Not to Duncan though.

This would be like if Zion came into the league and then said he wasn't impressed with Duncan's 15x All Star appearances, 5x NBA Champ, 15x All Defensive Teams, 2x MVP, ROY, etc. Such an outrageous thing to say, yet I 100% believe Duncan actually felt that way. He may be a quiet dude, but this man was an absolute killer who took down Kobe, Shaq, LeBron (2x), Durant, Dirk (2x) on the way to his 5 rings. With all this GOAT talk flying around the internet, it's easy to forget Duncan because he was so quiet. People putting Kobe ahead of him and shit, makes no sense.