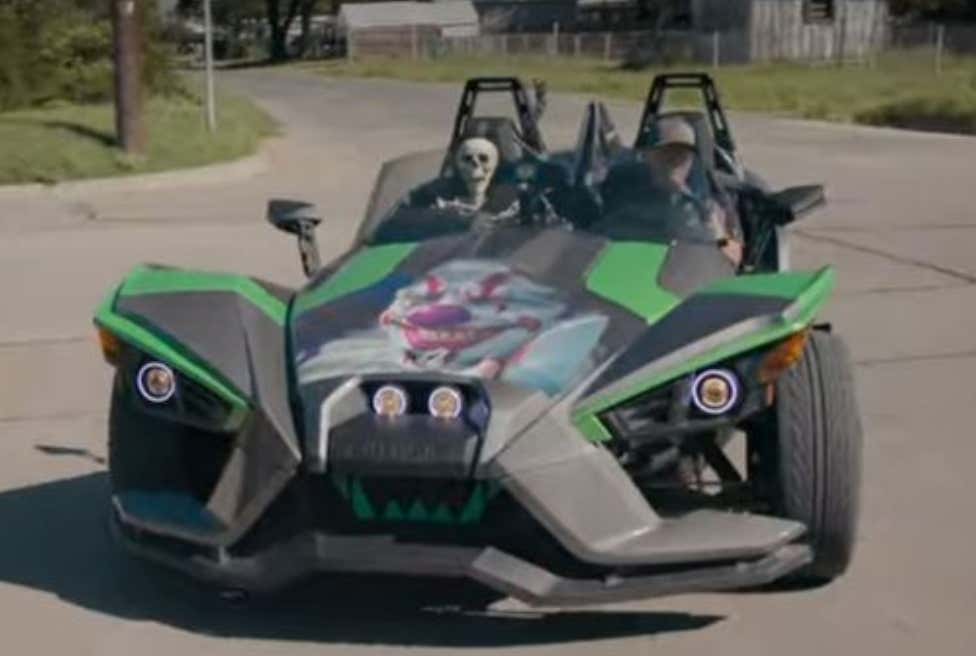 May 25, 1993 - It's Memorial Day and nothing is more American than a WWII vet wanting to be carried into the afterlife by America's Sports Car.

George Swanson had been planning his death for a while. Because once you hit 65 that is what you do with the rest of your time on Earth. That, and wait by the phone for someone to call and scam you out of your life savings. Swanson bought up 12 burial plots in a cemetery outside of Pittsburgh. When Swanson died, he was cremated and placed in his 1984 Chevy Corvette.

With George Swanson's ashes in the driver's seat, and a love note from his wife taped to the cassette player, George Swanson was lowered by crane into the ground. From there Swanson was carried to The Great Beyond by 205 ponies under the hood of his prized, sleek, white, hard-bodied 1984 Chevy Corvette.

I don't want to speak for the dead, but Swanson's only regret? He wasn't embalmed and placed into the driver seat so he himself could shift gears into the afterlife. Extreme Embalming is on the fringe of the funeral industry. While incredibly creepy to most, Extreme Embalming does have a market.

* Of all the jerseys to be buried in, this guy chose a Kyrie Celtics jersey with the socks.

In George Swanson's tape deck was Release Me, a song by Engelbert Humperdink (A name created in a lab for a guy with the bone structure of suitman.) The funeral service went perfect, and afterwards Swanson's wife told reporters "a lot of people say you can't take it with you, but he took it with him."