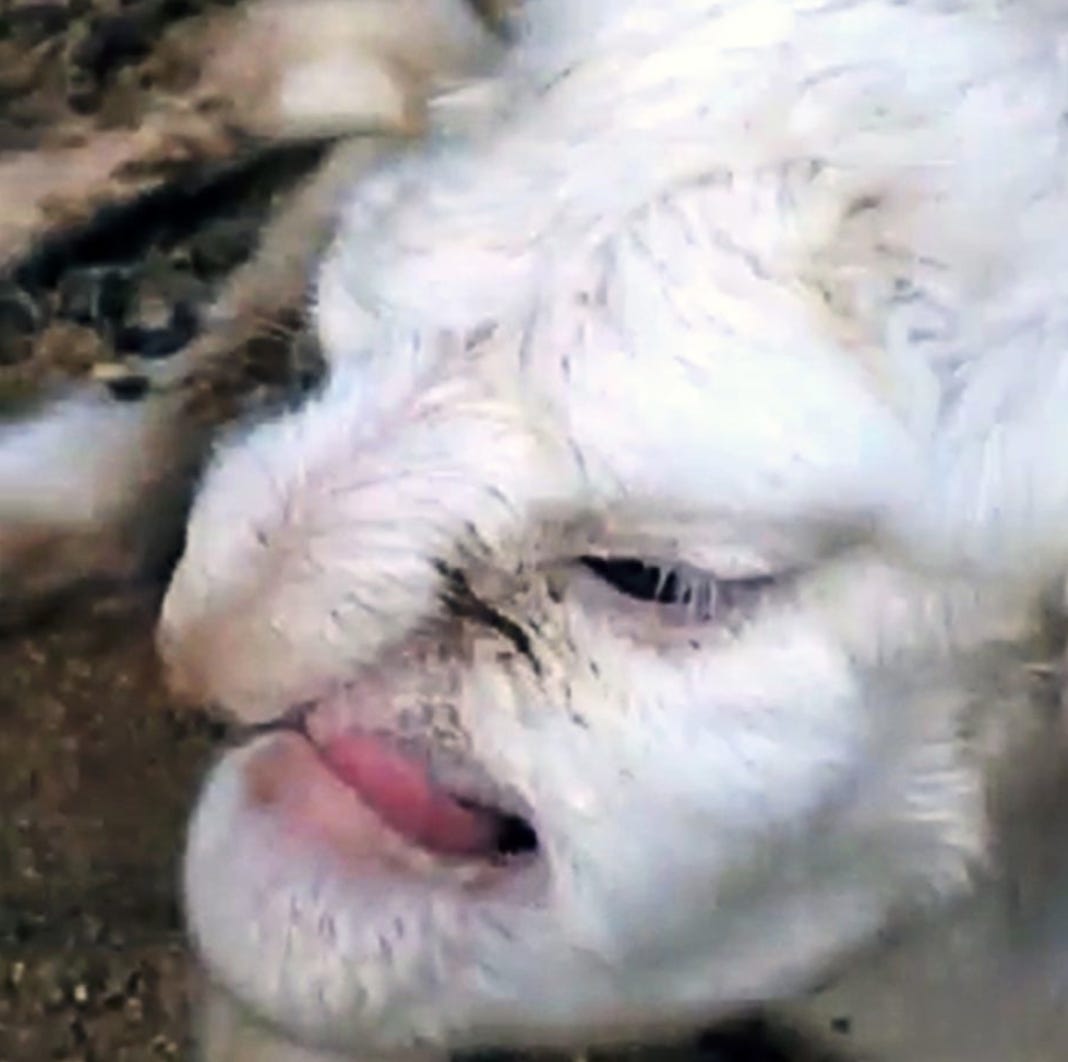 Fucking Russia.  You just never know what the hell is gonna come outta there.  This lamb with a human face though?  The biggest dose of nightmare fuel in the world.  Like he kinda looks like that mask from Saw.  Remember that guy?  The one who would ride a little bike around and shit?  That’s what he reminds me of.   But to be totally honest, I kind of ended up feeling bad for the little guy by the end of the video despite him scaring me shitless.  He’s just an ugly duckling who seems to have some trouble breathing.  I’m a big time softy when it comes to struggling animals.  Show me a grizzly bear, who might rip my face, with an injury and I’ll hug the shit out of him.   Momma lamb stepping up and still looking like she cares about the little guy.  I like to see that.  I like that a lot.  She’s gotta stick by her son’s side because there’s gonna be some rough times going forward.  Or she won’t have to worry about him at all because the farmer is gonna put a bullet in the dude’s brain because it’s scaring all the children in town.  Hope not though.  I’m pulling for him and his disgusting looking human face.