DO YOU BELIEVE IN MIRACLES? YES!!! Eli Manning has done the impossible yet again!

There are a zillion reasons why this quarantine sucks. But Eli Manning becoming bored enough a few months into retirement to not only find out that the internet exists but figure out what the fuck it is in order to jump into the online cesspool commonly known as Twitter almost makes it all worth it.

As you would expect from a 2-time Super Bowl MVP, Eli has hit the ground running. Easy E started things out with a tweet that oozes Eli and is already flexing with the blue checkmark, a 10 person follow like his number and a legendary bio quote. 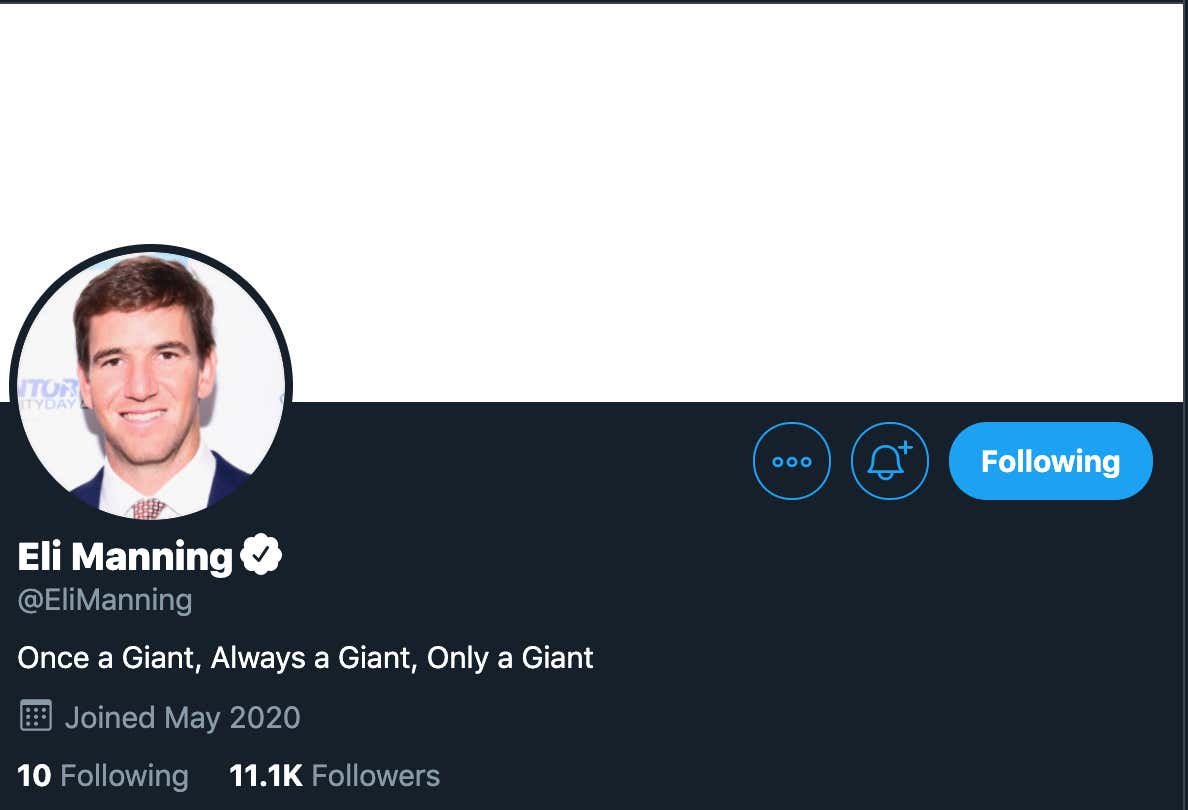 To top it all off, Eli's oldest son is already interacting with him on The Bird!

Welcome to the Thunderdome, Elisha! I'm very happy you joined after your playing days were over since it got pretty ugly on there anytime you threw a pick or pretty much any time a camera showed your face on TV. Here are a couple of pictures to save on your phone for when the haters start chirping. 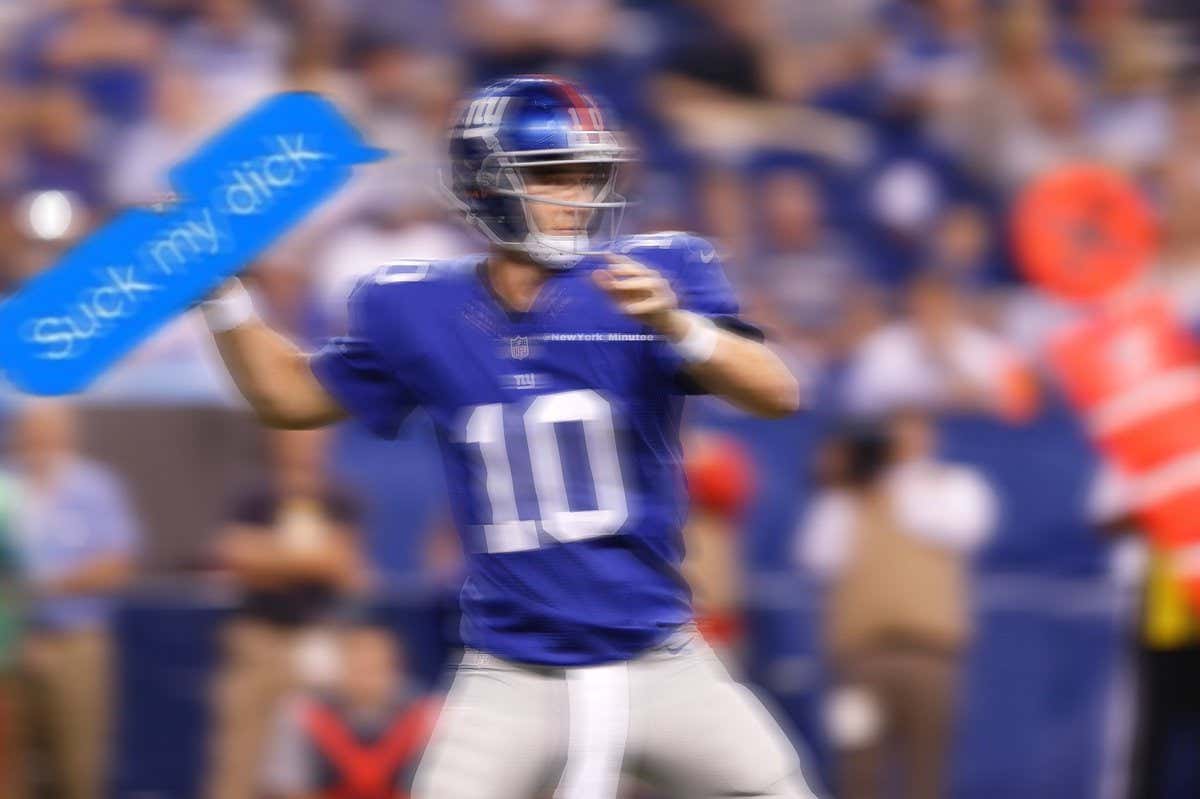 I can't put into words how much I would love if Awww Shucks Cliche Eli joined Twitter just to battle trolls in his mentions and DMs like Kevin Durant since Eli wasn't too shabby at trolling in his own right.