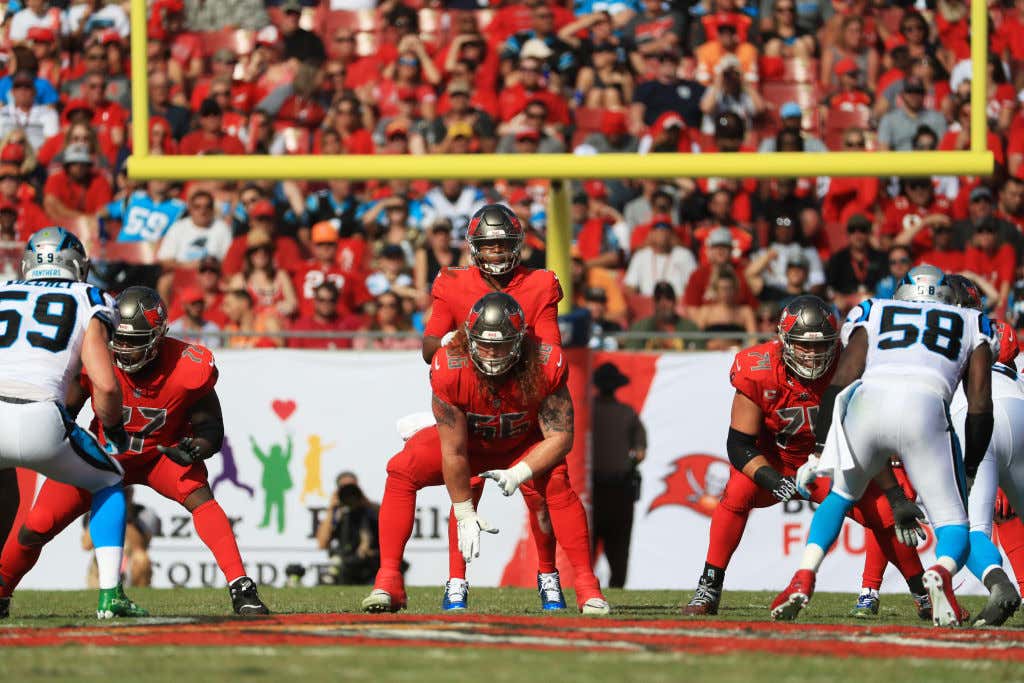 It is trifecta Friday on Pardon My Take. We already heard from NASCAR's Denny Hamlin and Entourage creator Doug Ellin, and now, we shift our focus to Tampa Bay Buccaneers Center Ryan Jensen. Going from snapping the ball to the GOAT, Jameis Winston, to the new guy, Tom Brady, in the span of one offseason is now easy task. In fact, Jensen gave us some behind the scenes details on what Brady requested during some informal workouts earlier this week. It involves, sweat, towels, butt cracks, and baby powder:

Mr. Cat: You tweeted out about how Tom Brady was showing you how to fold your towel to minimize the ass sweat that you have when he's got his hands under your ass. Now, I would say the first question is: do you normally have a sweaty ass?

Ryan Jensen: Me? I'm not a big time sweater. I'm not a swamp ass guy. I'm 315, relatively a non-sweat guy. But apparently, I sweat too much for Tom.

Mr. Cat: Okay, so when he tried to tell you that, was he like, "Hey man, this is going to be a big sticking point in our relationship. You're sweating too much?"

Ryan Jensen: Yeah, literally the first conversation I ever had with Tom Brady after he signed with the Bucs was, we talked life and stuff for about five minutes on the first phone call. And then it was straight to, "Hey I need you to shove a towel down your ass so you don't get my hands too sweaty."

Mr. Commenter: How particular was he when he was telling you how, where exactly to fold it over, what size towel works, how many towels work? Did he get into the details with you?

Ryan Jensen: Yeah, it's actually funny. A lot of people were asking about that picture that I tweeted, the actual conversation we were having right there, the photographer literally caught us having the conversation about how to fold the towel and how far to put it down my pants, and how much baby powder to put down our crack. So, he was pretty particular about it, it's gotta be a good sized hand towel, one of those towels you see on the sidelines.

My goodness, the balls on this new guy, Tom Brady! Who does he think he is coming right into Tampa Bay and bossing his center around?!

In all seriousness, if Tom Brady comes to your team and you're the one snapping the pigskin to him, you do just about anything he asks. Jump off a cliff, run a naked mile, stuff a towel up your ass. Doesn't matter, you go along with it no matter what. 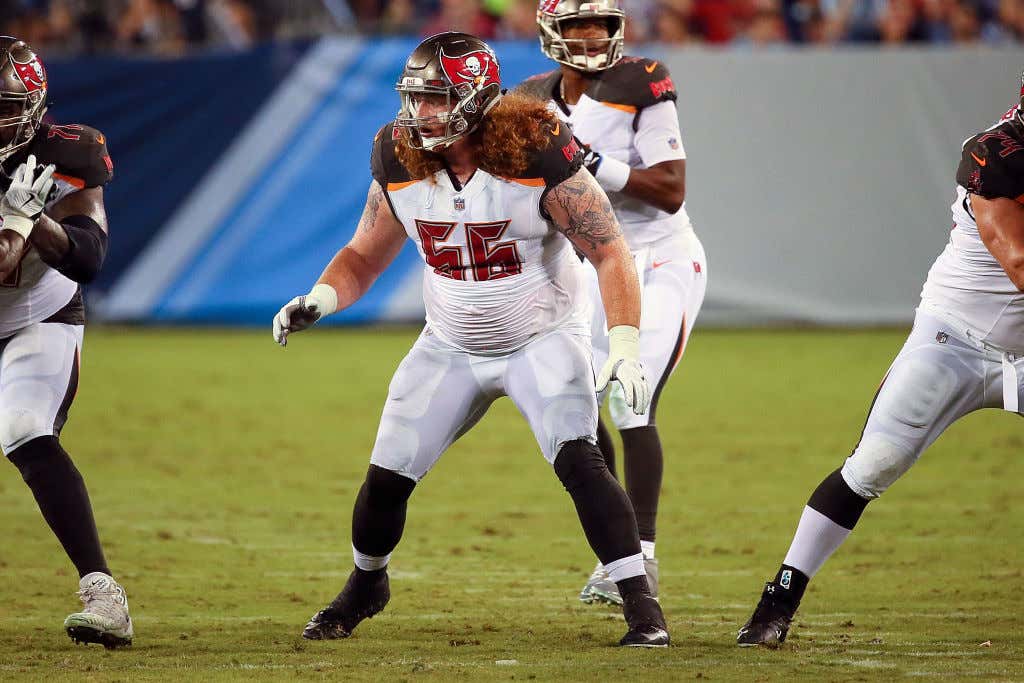