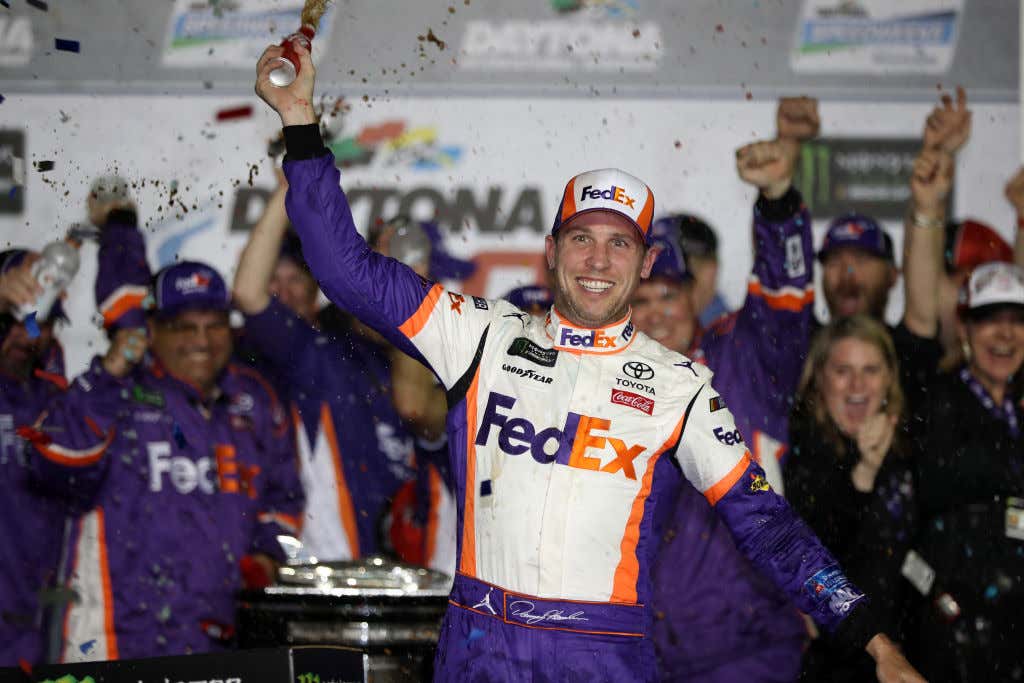 Straight off his second win of the NASCAR season on Wednesday, driver and recurring guest Denny Hamlin joined Pardon My Take today to discuss his recent dub, The Last Dance, and future races ahead. He also gave Mr. Cat and Mr. Commenter an interesting perspective on what the vibe is around giving other drivers the middle finger while on the track. Here is what Hamlin had to say:

Mr. Commenter: When I saw Chase [Elliott] giving the bird after the race was over, flipping a guy off as they were driving around, it made me wonder: do you guys flip each other off when you pass each other on the track, like we do when we're on the road getting around a crazy driver?

Denny Hamlin: Yeah, but it's a big no-no. You flip me off, it is straight send. I am sending you into the next corner, so it's just, I don't know. You want to come up and talk or whatever after the race and cuss me out, no problem, alright. Mann-to-man, face-to-face. Just flipping the bird... it's so dumb. I mean, I get it. I may have done it early in my career, but man, that sends me off the deep end when someone flips me the bird.

Do NOT, we repeat, do NOT give Denny Hamlin the middle finger on the track. It won't end well for you. Especially because he is coming off a win earlier this week, and super especially because he is the reigning Daytona 500 Champion. Give the man the credit he deserves and please direct all of your bird-flipping to Joey Slowgano. TYFYS. 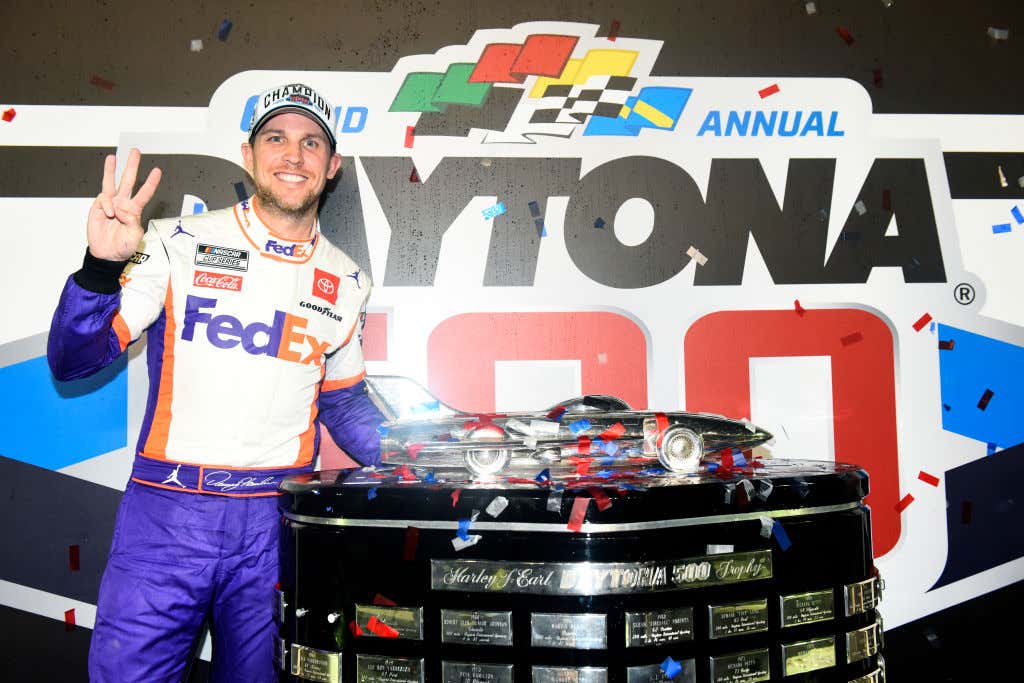