Oh. My. God. I'm not a traditionalist by any stretch of the imagination, but HER proposing to HIM was somehow the least cringeworthy part of that video. The fact that she got denied in front of her entire family was much much worse. She also made them go there to watch her do it. And they did! They stood there with signs like a bunch of doofuses pretending the whole thing was normal only to scoop her up off the floor two seconds later when she found out it wasn't. 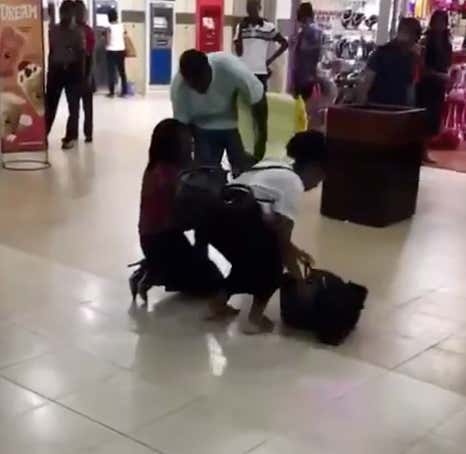 And that poor guy, I mean he's the real victim here. He must've been mortified. You knew he was going to say no the second his hands went to his sides. 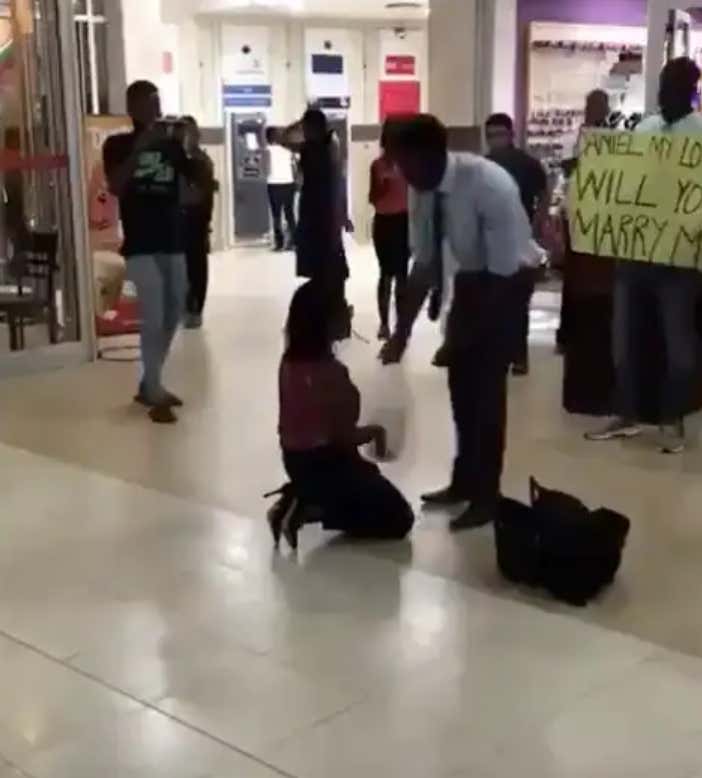 I'm all for doing things your own way when it comes to proposals, but at least make sure the person you're proposing to is going to say yes. I feel bad for both of them. Yikes.