Earlier today we were told Dak Prescott turned down a 5-year, $175 million deal because he wanted more money in the 5th year. I literally lol'd because I just could believe what I was reading. Two years ago the guy couldn't get 300 passing yards a game to save his life! This past season he would go off... but by the time he did, it was too late and they would lose the game. Now here he was rejecting such a ludicrous offer because he wanted more? How could that possibly be true???

Well, as it turns out, it was NOT true.

Phew. Just when you think you've lost faith in all logic and sense, the Dallas Cowboys come out and deny the nonsensical. I can't say I ever saw the Cowboys being the voice of reason, but I'm glad the rumor was false because how delusional would Dak Prescott have to be to turn down a $175 million contract? Mel Gibson crazy? Tom Cruise psycho? Charlie Sheen arrogant?

Whether it's about religion, race, or historical fact, Mel Gibson's delusion is legendary. His reality is not the reality most of us live in and for that, we should all be thankful.

In 2006, he was pulled over for drinking and driving and, according to the police report, blamed the “Fucking Jews. The Jews are responsible for all the wars in the world!" Ah, yes, that's right, I've heard of the group of Jews who go around and shove alcohol down people's throats before placing them in a car and forcing them to drive home in the name of God. In fact, if I'm not mistaken, I believe there's an up-and-coming Boozem Jew neighborhood in Brooklyn sandwiched smack in the middle of the Hasidic Jews and the BK Mexicans, who you also can't trust.

But of course, that's only a drop in the delusion bucket. You could write an entire book on his wild religious beliefs alone. Then of course there's the voicemail he left on his ex's phone but I'm not going to get into that because, frankly, it's just too much. He's too much.

Today he blames his hysterias on the copious amounts of booze he was consuming at the time, but let's be real here: if your father believed the Holocaust was a fabricated story, chances are your delusions might run blood deep too.

Colbert asked Gibson, “Hey, Mel-Mels? When you look back on your life, do you think you’ll have any regrets?”
“No,” came the reply. “Not one.”
“Really? Not one?” Colbert persisted.
“No, not one,” came the reply.

Colbert turned to the matter at hand. “How are you doing?” the host asked his guest, gently. “You had some rough patches over the last 10 years.”
“Yeah, rough patch,” Gibson said.

I guess years and years of crazy count a singular moment, not moments.

"That moment shouldn’t define the rest of my life.”

I debated whether or not she belonged on this list because I couldn't decide if she was actually delusional, or just fucked up a lot. Ultimately I decided that since her irrational and completely illogical behavior has carried on for such an extended period of time, she can be categorized as "delusional." That's not to say she can't make her way back to reality - I sincerely hope she does and maybe she has - but for now, that's where she appears to be. I mean, you can't think you're saving refugee kids in your mind, when in the real world, you're actually attempting to kidnap a child from their mother. Just can't do that.

Temporary delusional ranking: 7 out of 10

James Woods likes to blame the liberals for ruining his career when in reality the reason Hollywood wants nothing to do with him is that he's a creepy pervert who likes to pick up girls in the 16-19 age range. It could also have something to with the fact that he's just a hateful person in general. With seriously disturbing views.

He does, however, get a point back for at least having the self-awareness to know how unbelievably ridiculous his thought process actually is.

Delusional ranking: 8 out of 10

There are literally thousands of example of Charlie Sheen's intense delusions of grandeur, but I think this about wraps it up: 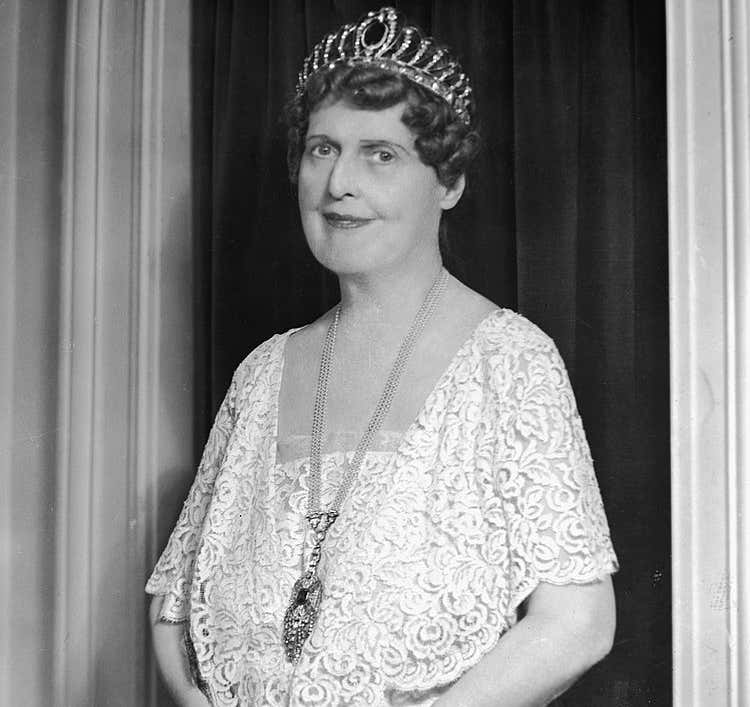 If you aren't familiar with Florence Foster Jenkins, she was an NYC socialite in the 1920s with an atrocious voice and big-time opera hoop dreams. She took singing lessons, but of course, she was still terrible because you can't fix that kind of ugly. It didn't matter to her though - she didn't give a fuck! She sang her little heart out at clubs and fancy hotels all over the place and people came and listened! Not because her voice was that of an angel, but because it was so bad, they thought it was hilarious.

Meanwhile, she thought her voice was so good, it was worthy of an audience at the world-famous Carnegie Hall. But she wasn't going to wait around for someone to decide that was true and offer her the venue, so she rented that bad boy herself and made her dreams come true!

Delusional ranking: 4 out of 10

Dak Prescott is the NFL version of Florence Foster Jenkins. She sang professionally for years at clubs, bars, and even Carnegie Hall; Dak has played professionally for years with a bomb-ass offensive line and running back. So what if everyone told her that her voice was trash - she was still singing! And so what if everyone with a brain thinks Dak is not a top-10 quarterback - he's still a professional player and had the rumors been true, Jerry Jones tried to make him the highest-paid QB in history!

Florence Foster Jenkins' terrible voice still made her famous, just like Dak's mediocrity would have gotten him paid.

Except… many people think Florence was in on the joke herself because how could she have not known??? And Dak, well, had he turned down the offer for more money, that would've bumped his delusion straight into Charlie Sheen territory.

With no actual winning, of course.