It's been a while since we've had a nice little NBA Twitter Quarantine debate so I figured what better time to roll up my sleeves and get into it. Now there are a lot of unknowns to this question, are we picking just the three best players? Is this for some sort of 3 on 3 tournament or something? Are these just three building blocks for a potential full roster? Who knows. But what I do know is I have my three

I'm not sure if people outside of Houston realize this, but Russell Westbrook was playing some of the best basketball of his career before the hiatus. I know that sounds silly since he's a guy who averaged a triple double for three straight years (to this day I think that doesn't get enough respect) but it's true. Once the Rockets traded Capela everything opened up for Westbrook and he became even more of a problem. This season we've seen Westbrook average career highs in FG% (47.4) while averaging the most points a night (27.5) since his 2016 season. It's the third highest average of his career.

I'm going to assume Klay is 100% healthy here and since I have Westbrook, I need some legit outside shooting. I debated Paul George, but when you compare Klay last year to this season's version of George, it's not that much of a drop while getting the more efficient scorer. In fact, the defense isn't all different either! 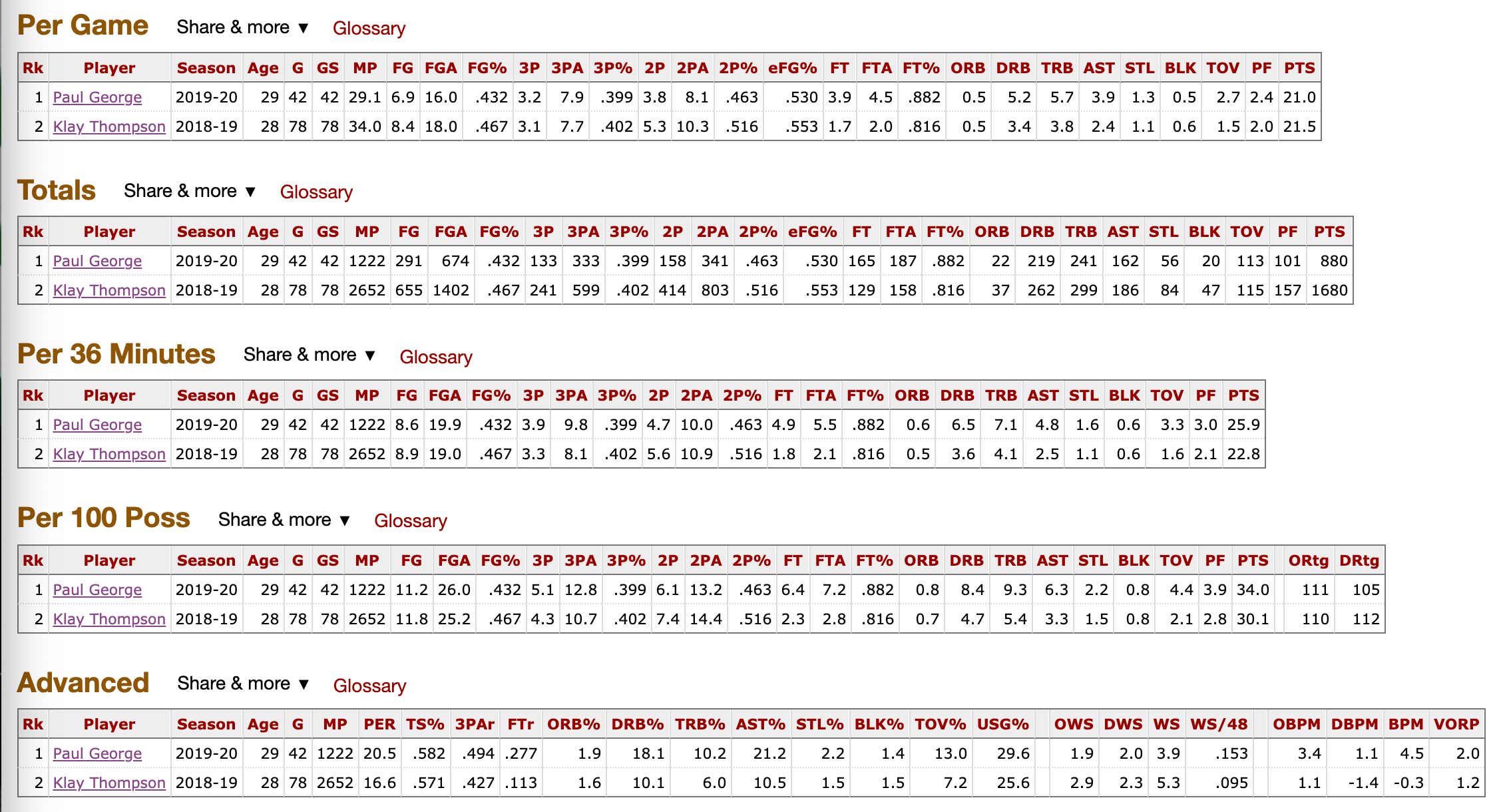 Plus I know Klay will show up in the playoffs, that matters to me.

Pretty simple, Embiid is the best big man on the board. I don't fault you for making leaning Jokic, his passing is elite and he's very much a beast. But his defense is a big time concern, same thing with KAT. Embiid gives you the same sort of dominant offensive production (when he's in shape) and about a billion times better defense than any big in this group. Plus I think Westbrook would bully him into staying in shape and actually taking basketball seriously. Klay too. He may be a Sixer which means be default I have to hate him, but I also have eyes and can admit that when Embiid is locked in and in shape he is the most dominant big man in the NBA right now.

I feel like my three gives us a little bit of everything. Elite athleticism with Houston Westbrook who is more efficient and in control, the best shooting and legit defense in Klay, and then when we really need a bucket we can dump it down low to Embiid who also provides elite rim protection.

Is this how you would go? If not, give me your three and your reason why.