The NFL will vote on proposed rule changes when teams virtually meet next week. Among the proposals — and one which sounds like it has a lot of support — is a new bullshit alternative to the onside kick. 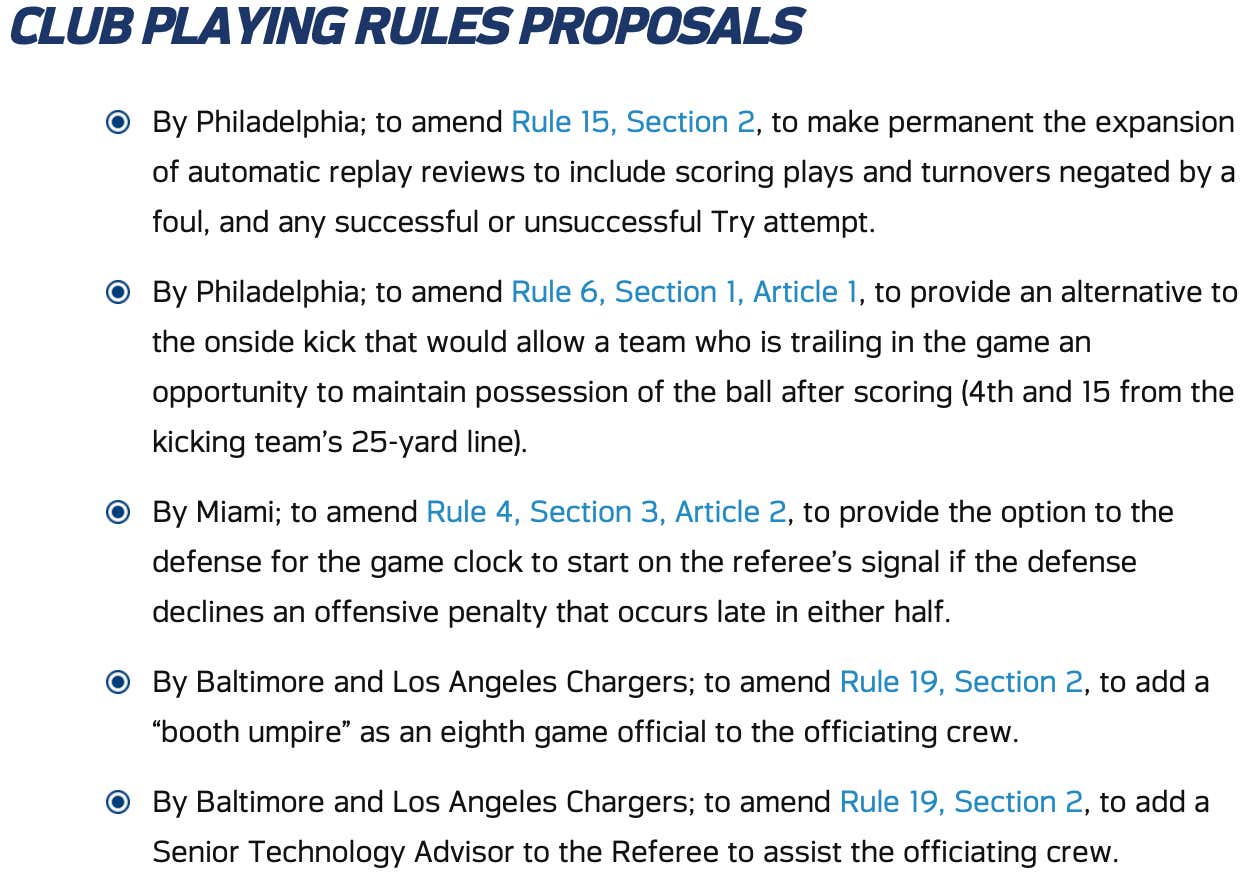 They tried this trash in the Pro Bowl, which should have been our first sign that the onside kick was endangered. But now it seems this might actually become an NFL rule, which dramatically changes the game of football in a remarkably unfair way. The numbers on a 4th-and-15 conversion and onside kick recovery are actually about the same — both right around 13 percent.

However, an onside kick is far more random and thus, more fair. Any given team has about a 13 percent chance to recover an onside kick. But one play to get 15 yards with Patrick Mahomes has a much better chance of being converted than one play with Mitch Trubisky.

At least as it currently stands, the current onside kick will remain an option for any team opting for that option, which at least keeps the element of surprise an option for a team up in the game or o n the opening kickoff.

But then the first time somebody gets a defensive pass interference on one of these things in the playoffs, there's going to be a national outcry to go back to the way things were before anyway.

I hate changing things just for the sake of changing them. There is absolutely nothing wrong with the onside kick and there is no reason to change it. This new rule sucks and if you like it, you suck.

Save the onside kick.