The 149th and final episode of Late Show with David Letterman was five years ago and I was fortunate enough to be in attendance, working that night of the show's final episode. Below is the full show featuring old segments and a star-studded final installment of the "Top Ten List" with comedy legends and Peyton Manning listing off "Things I've always wanted to say to Dave." #tbt

Say what you want about David Letterman, but he's the last of a dying breed. He had a traditional late-night show that placed second in the ratings for 23 years straight. That level of consistency is unheard of all while allegedly sleeping with staff members and competing with the west coast juggernaut Jay Leno.

One of the best jobs I ever had was being a Page for Late Show with David Letterman. The gig started out paying $12 an hour for a 4-hour workday and you're only allowed to work 4 days a week for the first 3 months. I commuted over 4 hours into the city (from the Gladstone/Peapack train station) for a 4-hour shift for months before moving to South Orange, New Jersey to shorten the commute. I landed this job after I realize my dreams of playing in the NFL were done so I was willing to sacrifice to make it work. I was so focused on getting a steady TV gig and slowly climb the ladder within the company, but already knew it when I took the job, I wasn't going to be rolled over to the new Colbert Late Show staff.

It wasn't a big secret that everyone was losing their jobs when the show ended. We all worked from Dave's production company "World Wide Pants" not CBS. So everybody who worked in that building other than the security team and the janitors were shit out of luck after that final episode aired, but at least we had the Wrap Party to look forward to. 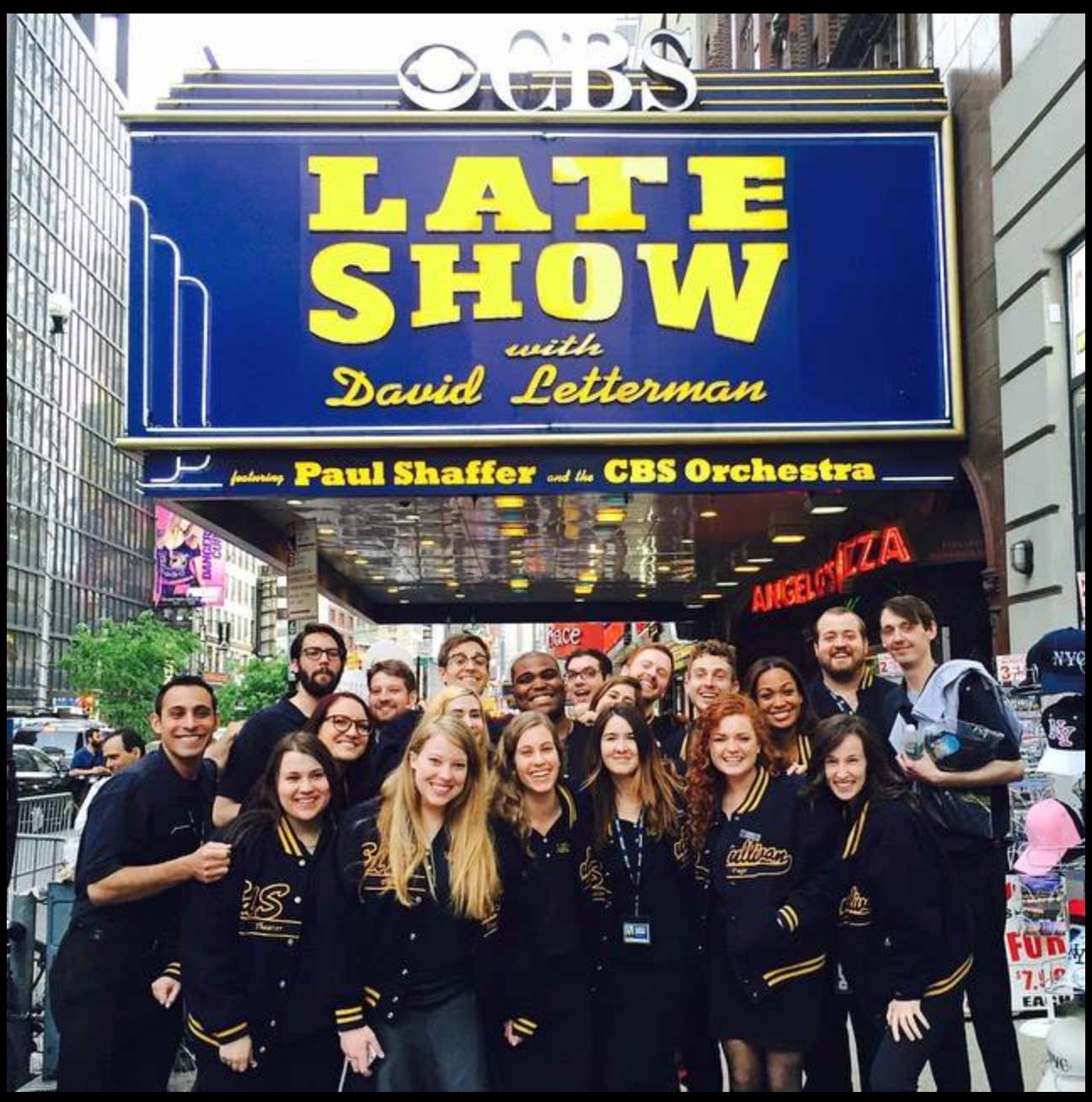 Moments after the last episode of Late Show with David Letterman wrapped, the entire staff and guests from the final episode made their way to the MoMA for one last night together. The scene at the MoMA was like something out of a comedy nerds' fever dream. When I walked in and headed for the nearest sliders under a heat lamp, I passed one enclosed semi-circle featuring Jerry Seinfeld, Chris Rock, Julia Louis-Dreyfus, and Tina Fey catching up, laughing. Then there was another enclosed semi-circle featuring Jim Carrey, Steve Martin, Bill Murray, and David Grohl catching up, laughing. At that point, all the Pages had been told specifically not to talk to any celebrities that night. I was ready to follow orders but then I saw Bronx native Regis MFin Philbin.

Quick backstory, I was obsessed with the show LIVE with Regis and Kelly for a very long time and I was upset when the old man left the show. At that point, he was a staple on the Late Show with Letterman, filling in for guests whenever they had last-second cancelations so I was secretly hoping to get some real-time with Regis. Other than Regis, the only other two people I was hoping to talk to that night was Chris Rock (about Pootie Tang ) and Jim Carey (about The Mask). But I already knew if I had a shot, I wasn't about to NOT talk to Regis. We both graduated from Notre Dame. I "played football" for Notre Dame. I knew he'd ask me if I "played football" for Notre Dame because I usually just lead with the whole graduate/alma mater thing to avoid any follow-ups about football and my playing time.

The stars aligned and I went for the introduction...

ME: Mr. Philbin, nice to meet you. My name is Brandon and I'm a big fan.I too am a Notre Dame grad so I wanted to tell you Go Irish!
REGIS: Go Irish! Yes! What's your name again? What year did you graduate?
ME: It's Brandon and Twenty-Twelve. Graduated in 2012, but right after that, I went to grad school and got my Masters at Ball State so…
REGIS: You graduated from Notre Dame and Ball State?
ME: Yes, sir!
REGIS: Me and Dave? You. You did a me and a Dave? That's amazing! Meet my wife, Joy. What dorm were you in at Notre Dame?
ME: Stanford. You?
REGIS: Zahm! We're neighbors! You're a big guy Brandon. You didn't happen to play ball for the Irish did you? 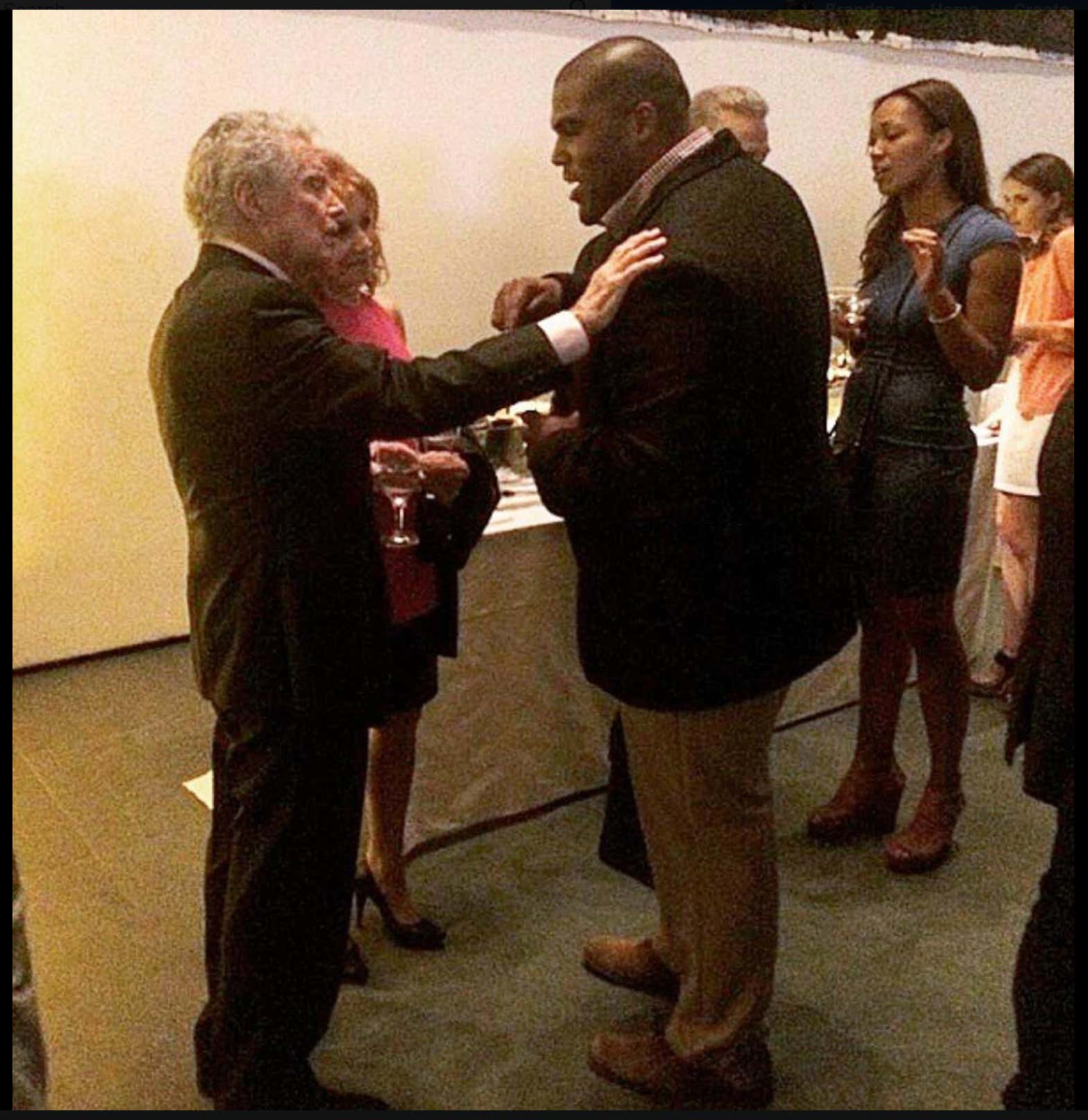 One of the other Pages took this grainy ass photo of me talking with Regis and Joy. That was the beginning of a 15-minute conversation with Regis and his wife about the television industry and how important it is to know someone who can help you. He asked me if I had a job lined up after the show. I told him I didn't… mainly because I didn't. Then he looks me dead in my eyes and says, "If you ever need a recommendation for your dream job, call me, but don't call me unless it's a job. A job in the industry that you can't live without. Don't waste the call on a job you just want next, make sure it's your dream job."

Which what I now know as code for, "don't call me, but I like you." We shook hands and I left him and Joy alone to continue to talk amongst themselves and for the rest of the night. After that conversation, the room was treating me differently. I went from the big black page who wore his name tag to the Christmas party to the big black page that talked to Regis for 15 minutes at the Wrap Party. BUT… Regis never gave me his number that night. Which could be interpreted in many ways. Some might say the man with the Guinness World Record for the most hours on US television actually didn't want me to call him for that job reference one day. Some more optimistic people might say Regis wanted me to call but didn't want to show everyone he was giving out his number to strangers.

The next day after filing for unemployment, I tweeted about my interaction with Regis and one of my friends from Notre Dame sent me his home phone number which I still have on a piece of paper in a journal somewhere. That talk with Regis definitely put some good energy in the air for my next TV gig. I never had to receive unemployment checks after landing a release PA for Billy Eichner's Billy On The Street one week after Late Show's last episode. I never had to call Regis for a reference to my dream job but you're crazy if you think I'm not cold calling his home phone for an exclusive interview on the 2Biggs Podcast. Closed mouths don't get fed, plus Regis graduated from Willie's high school in the Bronx, Cardinal Hayes, and the University of Notre Dame in college he's built fro 2Biggs. That old motherfather owes me a favor and best believe I'm going to try to collect. I just hope he remembers the 15-minute conversation we had 5 years ago.

(Below is a picture of the nametag I wore to the Holiday/Chrismas Party.) 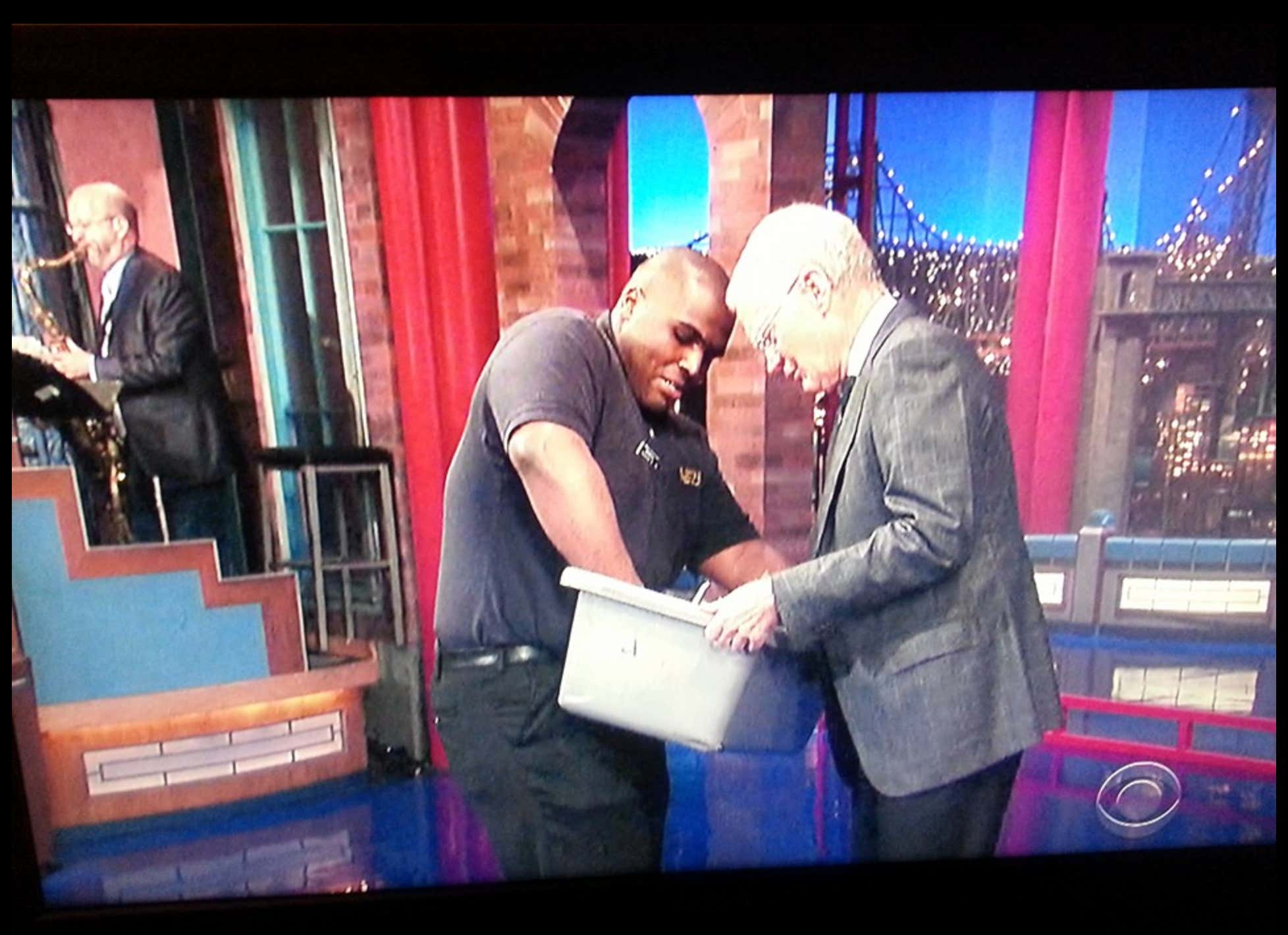