Elite Sports Tours. Ever heard of them? Me either. But judging by the fact that their website ends with a ".ca" instead of a ".com", I'm going to assume they're Canadian. Which would make sense considering they just put out a list of their top 5 NFL tailgating cities and made not a single mention of the City of Brotherly Love.

Now does being Canadian give you an excuse for being a complete and total moron? No it does not. Which is why even though these folks seem to be from the Great White North, we can't just let this shit fly. This is either the ultimate sign of total ignorance or a complete and total lack of respect. Either way, it needs to be rectified.

I mean just based on location alone, there's not a better tailgating scene on the planet than Philly. 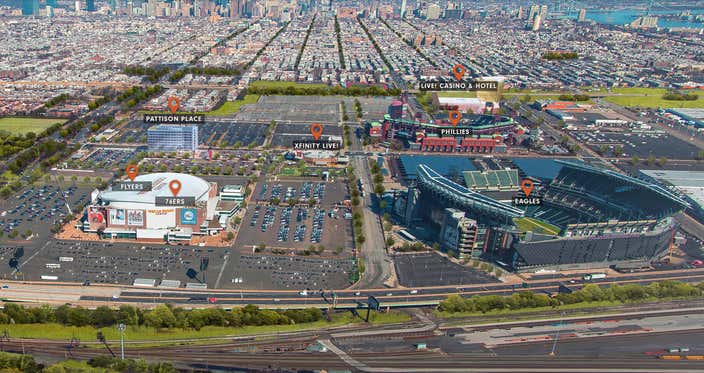 You've got all the stadiums in one centralized location, a sports bar conglomerate in XFinity Live situated right in the middle, completely surrounded by a sea of lots. And its not like this haven of tailgating has been built in the middle of nowhere. It's not like Gillette or New Era Field which are out in the suburbs. You're right there in South Philly. Easy to get to from Center via SEPTA. Easy to go to from the suburbs or Jersey via either 95 or 76. Based on location and setup alone, Philly is a top 5 city.

But then you get to the actual tailgate itself. And this is where Philly truly separates itself from the rest of the pack because Philly tailgates absolutely run the show in terms of versatility. You could have yourself a nice, wholesome time in K Lot right across from Lincoln Financial Field. You'll still get completely shit faced but you've got some shade, you've got some tunes, you've got some great food and everyone there is just looking to have a great time. Then you go over to Jetro and you find yourself in the middle of a lawless war zone. It is where boys go to become men. You never leave your first experience in Jetro as the same human you went in there as. And that's a good thing. It builds strength, character, and an ability to consume enough alcohol at an alarming rate.

Or you could make your way back over to the Wells Fargo lots and that's where things really start to be a coin toss. You could either find yourself with the 4th and Jawn tailgate in F1 where everybody is getting along and having a good time.

Or if you're coming to the game from south Delco and you're still mad at the world because coach didn't put you in during the 4th quarter of your CYO championship football game 27 years ago, maybe you'd rather just end up spending your morning fighting Mike Scott in the parking lot.

Either way, it's that versatility that Philly has which no other city can recreate. The people in this city were born to tailgate. It's in our blood. It's in our DNA. It is what we were put on this planet to perfect. I mean I don't know what the numbers are in other cities but I have to imagine that Philly leads the league in the amount of people who show up to an Eagles tailgate without the intention on actually going into the game. And not just lead the league but it's gotta be a massacre. I can't imagine any other city even comes close. These are folks who just show up to the parking lots on a Sunday morning to get fucking obliterated with their brethren, then hop back on the Broad Street Line to their neighborhood bar because Xfinity was already packed 4 hours before kickoff. That is dedication to the tailgate life. And the fact that Philly was left off that list was appalling, but I guess that's just Canada for ya. That's why they've never won a Super Bowl.