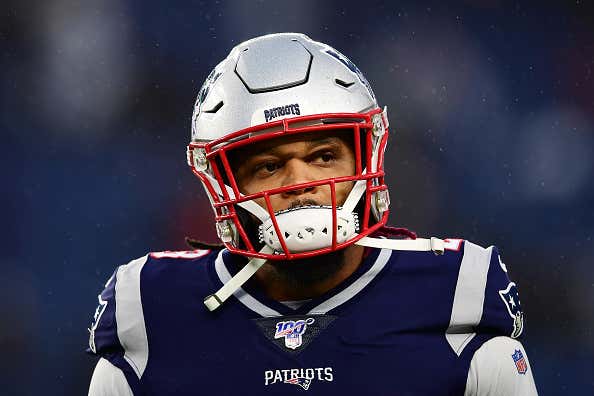 This news, while hardly shocking, is nevertheless welcome news in an offseason that needs all it can get.

I don't want to put to fine a point on this, because it's not like Pat Chung is Ed Reed or Troy Polamalu. I wouldn't even say he's Devin McCourty. He'll end up playing his whole career without ever making a Pro Bowl. But what he is, is a perfect system fit. A gear that meshes with all the others to make Bill Belichick's precision timepiece run like the Atomic Clock.

It took a long time and a lot of candidates for Belichick to find the right Big Nickel to put into the middle of his secondary and act as a safety/linebacker hybrid. He tried free agents like Tank Williams and John Lynch, who didn't make it past the first cut of camp as Belichick told him, "You're a great safety, but a terrible linebacker." He spent high draft capital on busts like Tavon Wilson and Jordan Richards. As well as on, well, Pat Chung. Who, while hardly a bust, was a disappointment in his first tour of duty. So much so that Belichick let him leave for Philadelphia at the end of his rookie deal without a teary goodbye.

But something happened in that one season in Philly. Either Chung himself made a Shakespearean sea change during his time away and returned wiser, more mature and with better angles and route recognition, or something with the Patriots changed. Belichick would agree with the latter.

And as recently as the week of the AFC championship game against Jacksonville, he called Chung one of the best players in the league.

Chung, I've talked about Chung a lot. The guy is a really good football player. He's one of the best players in the league, one of the best players on our team. He does a lot of things very well and has done them that way for a long time. We're lucky we have him. He's an outstanding player in all the things that he does. We put a lot on him, and he always comes through.

Another plus is what this does for the accountants, which is always a factor in everything the Pats do. But this year, with $13 millioon of dead space from Tom Brady's last contract, it's mission critical. Chung's new deal frees up $925,000. And they're so strapped for cap, they need to make moves in order to sign their next great safety, second rounder Kyle Dugger. The good news is that all the other picks have been signed already. And as of last week I believe that the Patriots draftees accounted for 25% of all the signed picks from this year's draft. But it's still going to require a few restructures like Chung's to give the team any sort of roster flexibility as the season approaches. So retaining a tough, versatile, durable, seasoned veteran and practically assuring he'll probably remain a Patriot for life is good news indeed. Let's hope for more of the same.

It's hard to believe that just last year Chung was being charged with cocaine possession in his lake house in New Hampshire and we were all wondering whether he would last the week. I long for the days when things like a little thing like criminal charges for possession of a Class B narcotic was the biggest thing we had to worry about.