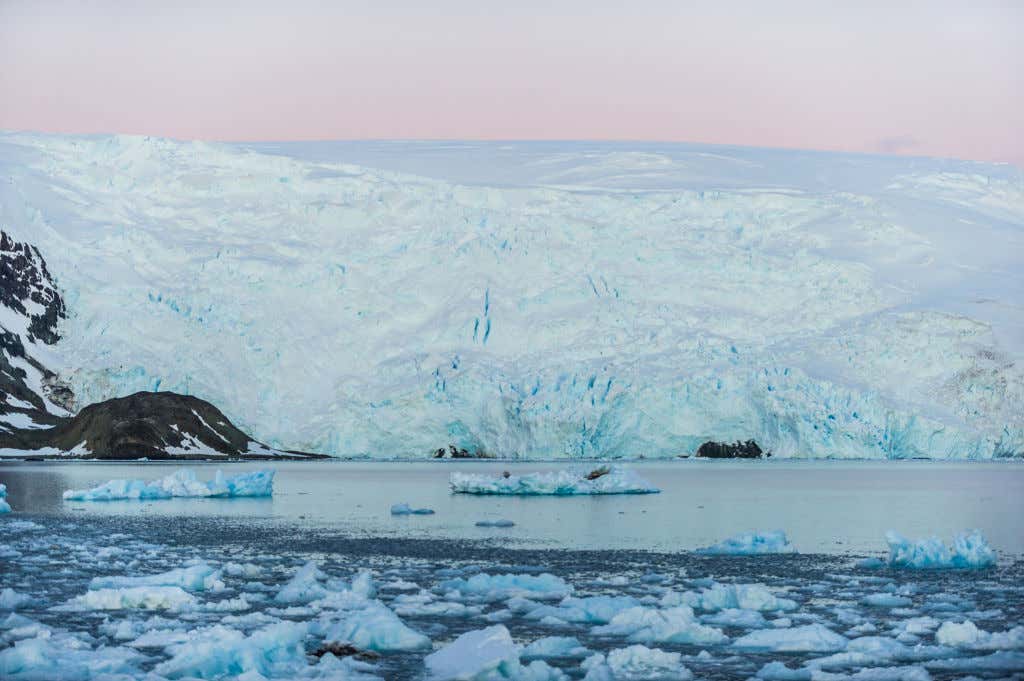 SOURCE-In a scenario straight out of “The Twilight Zone,” a group of NASA scientists working on an experiment in Antarctica have detected evidence of a parallel universe — where the rules of physics are the opposite of our own, according to a report.

This experiment was done in Antarctica, you say? Well then, my conspiracy mind is very interested.

The experts used a giant balloon to carry NASA’s Antarctic Impulsive Transient Antenna, or ANITA, high above Antarctica, where the frigid, dry air provided the perfect environment with little to no radio noise to distort its findings.

A constant “wind” of high-energy particles constantly arrives on Earth from outer space.

Low-energy, subatomic neutrinos with a mass close to zero can pass completely through Earth, but higher-energy objects are stopped by the solid matter of our planet, according to the report.

That means the high-energy particles can only be detected coming “down” from space, but the team’s ANITA detected heavier particles, so-called tau neutrinos, which come “up” out of the Earth.

The finding implies that these particles are actually traveling backward in time, suggesting evidence of a parallel universe, according to the Daily Star.

A lot of science involved above. Because I didn't pay attention in any of my science classes, I do not know if it is true or not. It sounds right, so let's go with it.

Conspiracy theorists have long discussed Antarctica. You may be wondering why. Thank god I am here to explain. The discussion revolves around the Nazi's bizarre obsession with Antarctica before and during WW2. They claimed to have a large plot of land there and called it New Swabia.

Rear Admiral Richard Byrd led an operation with Britain and Australia to invade Antarctica in 1946 after the Nazis were defeated. It was a total failure, resulting in multiple casualties and the USS Pine Island was lost (look up Operation Highjump). Conspiracy theorists to this day claim the operation went horribly wrong thanks to UFOs and an enemy that was not human.

Upon his return from Operation Highjump Richard Byrd was adamant about immediate retaliation by US forces on what occurred in Antarctica. Byrd even wrote in his journal that he believed there was an entrance to a "whole other world" in Antarctica, but was ordered by the US Military to remain silent about such theory. He passed away in 1957. From a New York Times article on Byrd:

SOURCE-“The universe is not dead,” he wrote on June 2. “Therefore, there is an Intelligence there, and it is all pervading. At least one purpose, possibly the major purpose, of that intelligence is the achievement of universal harmony.” He added: “The human race, then, is not alone in the universe. Though I am cut off from human beings, I am not alone.”

The Nazis, of course, were obsessed with conquering the world to create an Aryan superhuman race. They believed that they were descendants of a continent called Hyperborea, which was located beyond the poles. This was believed to be why they were so obsessed with Antarctica.

This brings us to the Antarctic Treaty, which is an agreement between all major nations to keep Antarctica as the only continent with no human population and only for scientific research. The "headquarters" for the Antarctic Treaty now resides in Buenos Aires, which is a location that thousands of Nazis fled to after Germany's fall.

It's also worth mentioning at this point that NASA was created thanks to Wernher von Braun, one of the 1600+ Nazi scientists that were taken from Germany after WW2 to be employed by the US Government. Look into Operation Paperclip if you want more information (yes, NASA's history of "winning" the space race was thanks to Nazis).

There's also the supposed pyramids throughout Antarctica. It's been said that they are just "mountains" but conspiracy theorists don't buy it.

Is it possible that NASA may have found the parallel universe that has long been rumored to exist underneath (or beyond) Antarctica? Probably not, because if they did, we would've never known about it.