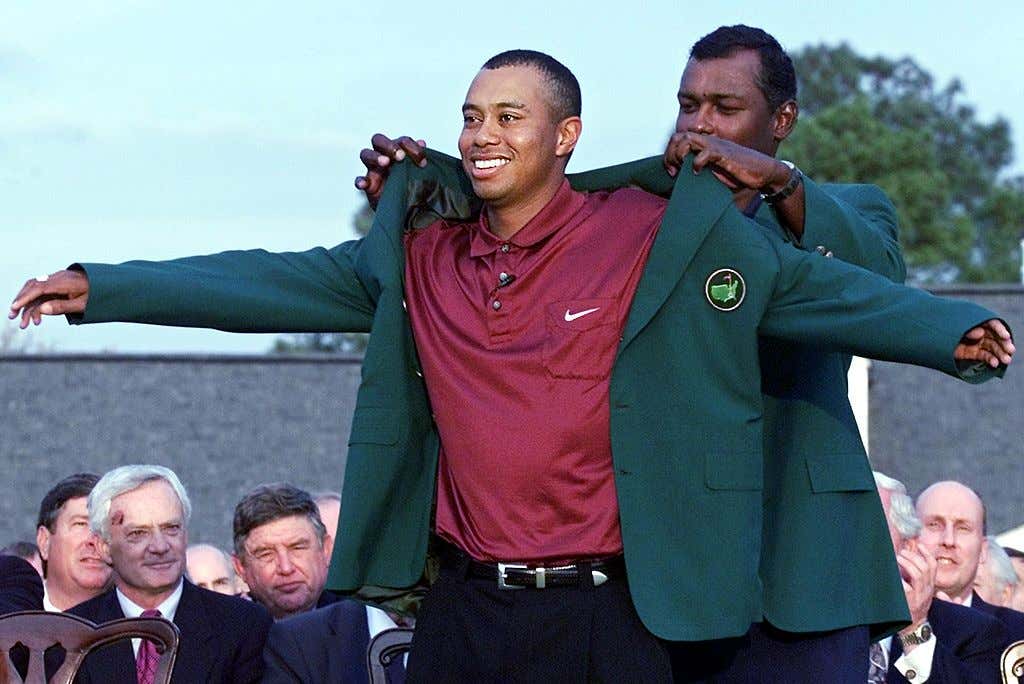 (Golf.com) - If sports fans have learned anything these last two months, it’s that a good documentary can be just as captivating as real, live sports on our television screens.

By all accounts, “The Last Dance” featuring Michael Jordan in all his competitive grandeur was a hit for ESPN. Which is why it makes great sense for Golf Channel to release a golfy derivative of that: the “Tiger Slam.” The hour-long tribute to “the greatest golf ever played” — Tiger Woods’ epic 10-month run from June 2000 to April 2001 when he won all four major titles — airs at 8 p.m. ET on Sunday on Golf Channel, just hours after Woods and Peyton Manning take on Phil Mickelson and Tom Brady in a charity match.

Woods’ chase to put all four major championship trophies on his coffee table was not unlike Jordan’s annual chase for NBA championships. Each opportunity came with different circumstances to conquer, different expectations from the media, and a different supporting cast of characters. That’s the core beauty of what Golf Channel has put together. The dominance Woods displayed at Pebble Beach was similar in magnitude to that of St. Andrews, but much different in appearance. The duel with Bob May at Valhalla was unlike anything we’ve really seen before, and the Masters, well, the final piece speaks for itself.

I think for the most part people generally agree that not only was 'The Last Dance' pretty damn good, but if there was another athlete that we all want to see a similar 10 part documentary about, Tiger is high on that list. His story/life/career is built for that type of docuseries. So, while this hour long special coming on Sunday isn't quite that, it's somewhere in the ballpark and in my opinion is going to be just as must watch. Hopefully one day we still get an event like we did with MJ where it covers everything Tiger, but for now reliving his 10 month run when he snagged the grand slam is more than enough. Part of me was sad when MJ's doc ended because I didn't know what I was going to look forward to every Sunday to help get through the quarantine weeks. Maybe everyone else on the planet knew this was happening but today was the first I heard about it and now I can't wait.

I mean it goes without saying that Tiger is basically the MJ of golf. I hope this really gives us an inside look into the mentality of Tiger during this run and how he approached things. That's part of what made MJ's doc so interesting to me. I want to see how the GOATs operate, how they think, the mental warfare they unleash on their opponents, all of it. I feel like to this day there is nothing more terrifying in golf than seeing Tiger climb the leaderboard. He can mentally break an opponent like only the greats can and I hope they go into that.

Now, that story does go on to say Tiger isn't involved so there won't be any great memeable moments which kinda stinks, and there's also no Phil Mickelson, Greg Norman, Ernie Els, Sergio Garcia, or Vijay Singh. My question is why the hell not? Don't be a bunch of babies.

Either way I am all in on this special and hopefully it wets the beak of a larger documentary down the line once Tiger finally hangs them up. We can only hope.