I don't usually need to find an excuse to watch this video because it makes me laugh every time I see it. But it only felt right to kick off the day with The Sheriff doing The Rocky Top or whatever the fuck that dance is called as Wes Welker acts a fool because it is a new day in Knoxville now that Air Duggs and his Burger Barrage™ are in town to restore glory to the Vols. That last sentence wouldn't have made a lick of sense two months ago but we are truly living in the strangest timeline.

I know that dreams of NCAA Football coming back despite the change in likeness rules were deemed DOA because of the amount of money it would cost to make. But considering the amount of coverage the game has gotten on social media and the amount of viewers Big Cat draws on a nightly basis, there is a real chance those greedy motherfuckers in Indy will find a way to bring back a classic. And if that happens, I'm pretty sure Big Cat could not only run for president but also become president. Shit, with the way the world is going, this could be the 2024 presidential race. 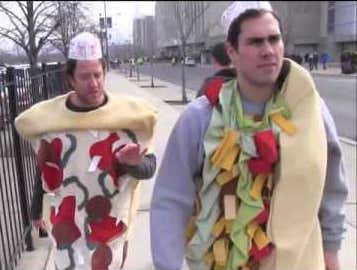