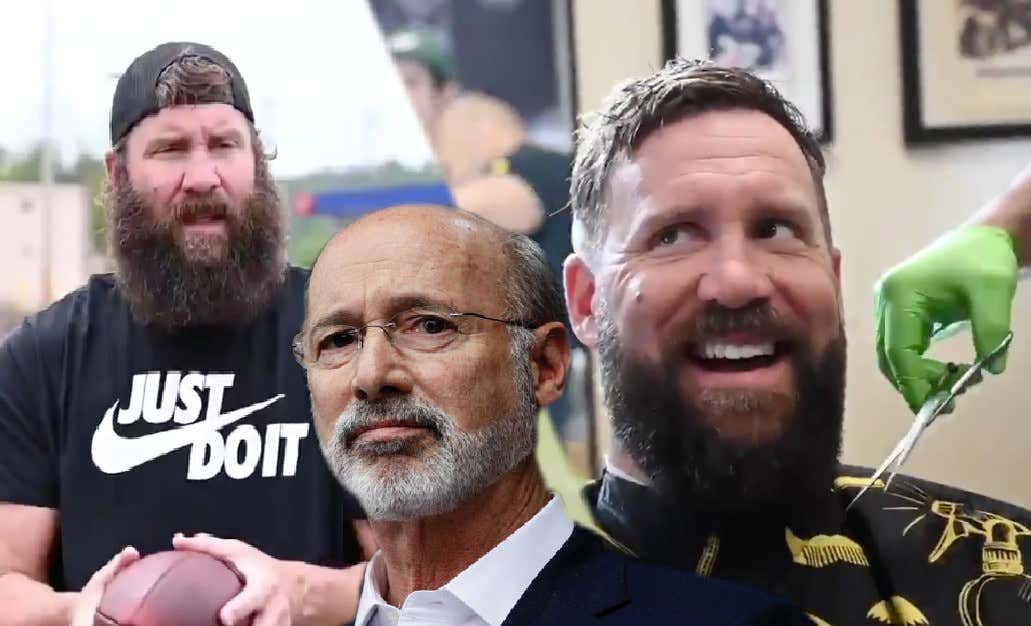 Much like the rest of the world, Governor Tom Wolf was absolutely gutted when Big Ben decided to trim his beard and get a haircut. Complete and total devastation to see this majestic beast decide to ditch that sexy, sexy Happy Gilmore's Caddy look he had going. When the world needed him the most, Ben Roethlisberger turned his back on all of us.

But unlike the rest of the world, Tom Wolf is in a position where he can actually do something about it. And now it looks like Big Ben has officially made the list.

“Anybody who puts himself or herself into harm’s way is something that I think we ought to try to avoid. And when you go to something like a barbershop and you’re not protected, I don’t care who you are, the chances of that virus actually wreaking havoc on your life increases. I don’t personally think any Pennsylvanian ought to take that chance and I certainly don’t want to take that chance myself.”

Should the state be investigating this? You're goddamn right they should. I can't think of anything more important to the well-being of the commonwealth right now other than getting rid of these goddamn liquor laws. For fuck's sake, man. The year is 2020 and we still have to go to two different stores to get a case of beer and a bottle of bourbon? And if you're going to make us run around all across the state just to get our booze, the least you can do is let us grab some beer at a gas station. My god. But that's not the point.

The point is that the state should absolutely be looking into Ben Roethlisberger going to a barbershop to get his beard trimmed. And while we're at it, the state should really be investigating all of Pittsburgh sports. Specifically looking into how they rigged the 2005 NHL Draft Lottery to get Sidney Crosby in order to save the franchise from moving to Kansas City. They robbed the league of 3 Stanley Cups and it's time for someone to finally punish them for it. We all know that Gary Bettman doesn't have the hutzpah to do it, so that leaves Tom Wolf as our Obi Wan Kenobi.

Do the thing, Tommy Boy. Open up the investigation and let's expose these bastards. Go Birds.