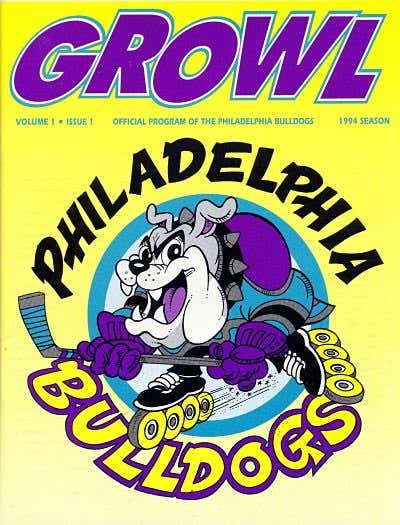 Every once in a while I am reminded about how much I miss the Philadelphia Bulldogs. Today was one of those days.

Which also got me to thinking about how incredibly dope the entire Roller Hockey International league was. Not necessarily from an entertainment aspect, even though it was super sweet in that regard as well. But just as far as the teams go. Like if some little snot nosed brat came up to you and wanted to know what the 90s were all about, all you'd have to do is tell them about the RHI.

Obviously I'm going to be a little biased and say that the Bulldogs were my favorite. But just look at some of these teams and how perfect they were. Professional sports have never, and will never, see anything as perfect as this ever again.

You had the Calgary Radz. 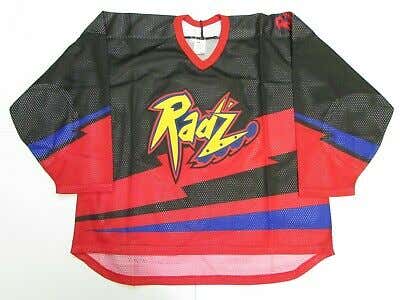 The Radz!!! Nothing screams cargo shorts and puka shell necklaces quite like throwing a "z" at the end of a word to make it plural. You're telling me right now that if a professional sports team came out and they were called the Radz, that they wouldn't instantly have the highest selling jersey in the league? Get the fuck outta here.

You had the best team in the league, the Anaheim Bullfrogs. 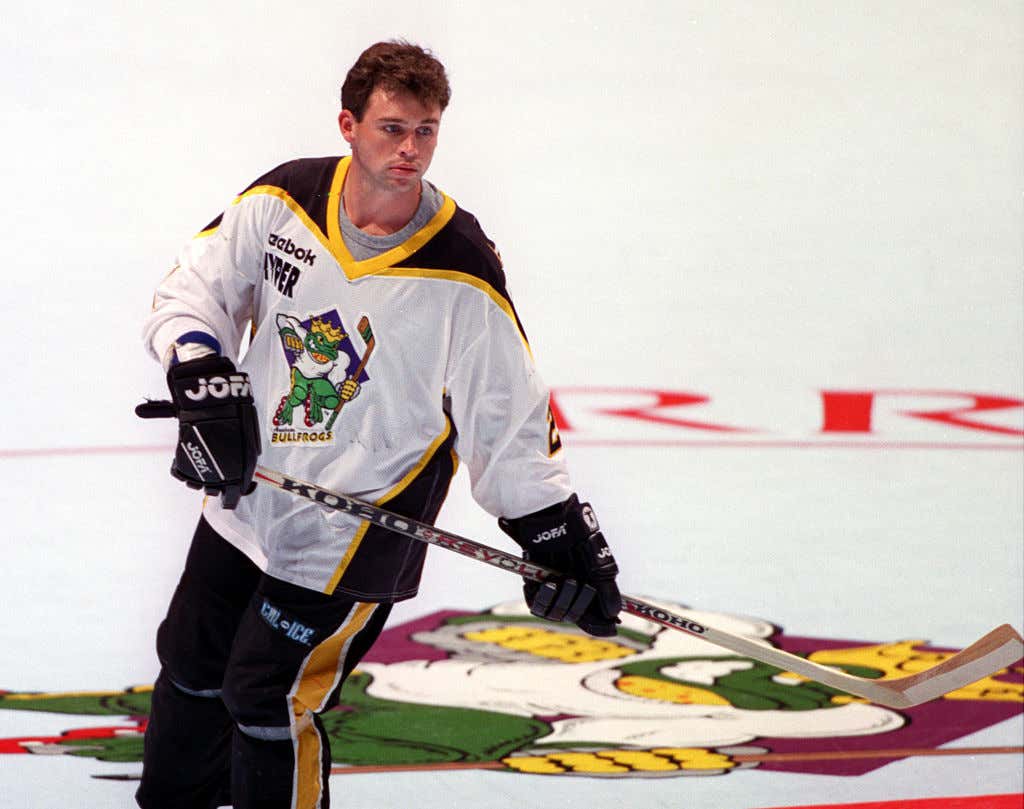 The only team to win the Murphy Cup twice and with a logo like that, you can see why. Does anybody remember the video game "Croc: Legend of the Gobbos"? I feel like I'm speaking to a very, very specific group of people here but if you ever played that game, I feel like the Bullfrogs mascot is straight out of a final boss level from Croc. Holy shit that game was epic but I'd be shocked if more than 3 of you know what I'm talking about.

Oh and don't even get me started on the San Diego Barracudas.

Here's the thing--you could use the Barracudas mascot as the Radz mascot and nobody would even question it. That's how fucking rad this Barracuda is. The pink sunglasses, the hair, the overall demeanor that makes you believe he knows every single word to every single Reel Big Fish song. This barracuda fucks. And speaking of mascots who have copious amounts of intercourse...

Let's talk about about the New Jersey Rockin' Rollers.

They just don't make logos the way they use to. I don't want my team's graphic designers to be technically proficient in Photoshop. I want them grinding that shit out in ClipArt and MS Paint. The Rockin' Rollers mascot would tuck a quick 5 goals in the back of the net and then finger your girlfriend on the dance floor at D'jais later that night. Obviously it was her idea. Legend.

And it wasn't just the logos or the team names that were kick ass, but it was the uniforms as well. Just look at these beauties from the Atlanta Fire Ants. 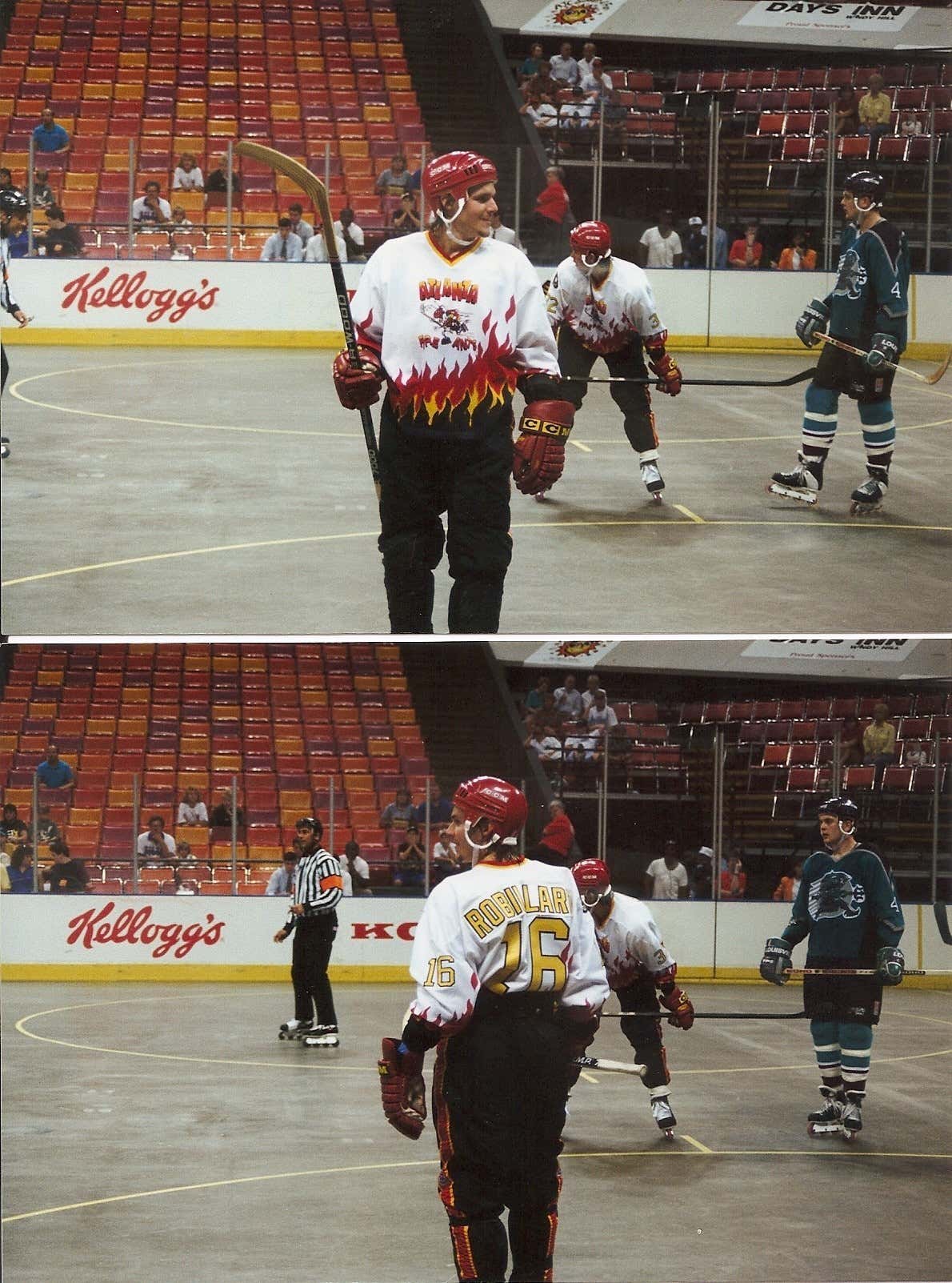 Holy shit those are sexual. But here's the thing--nobody has the balls to make uniforms like that anymore. And look at where that's gotten us. As if people wonder why the new LA Rams uniforms came out looking like such dog shit. It's because they're all a bunch of cowards designing the uniforms now. We need to bring back whoever was in charge of this get up in Atlanta. Such a shame the world only got to witness them for one year. 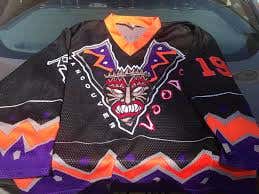 I'm picking up a lot of the same energy between these two. 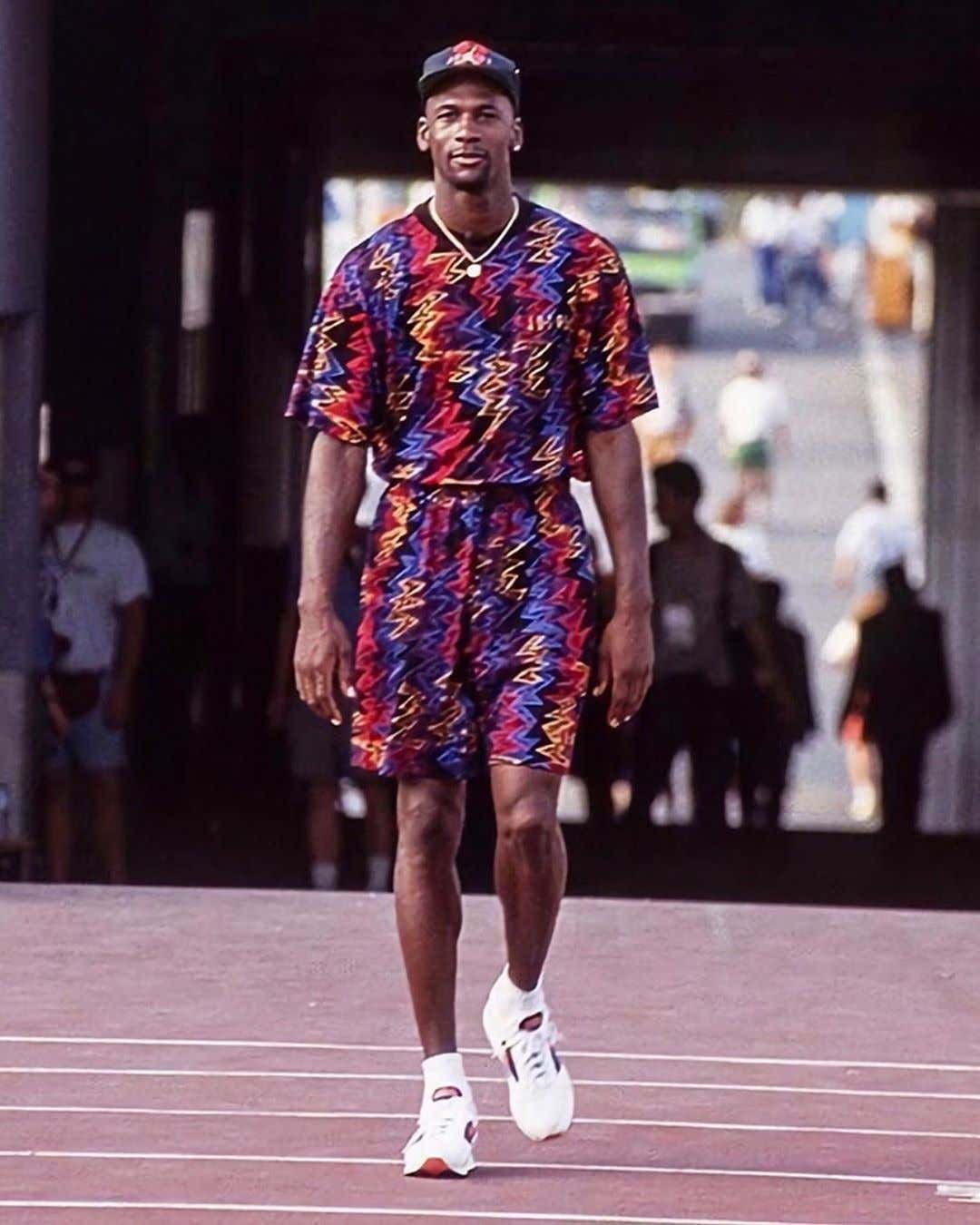 But out of all the team names and logos that I think would have a realistic chance at still surviving today, I gotta go with the Long Island Jawz. 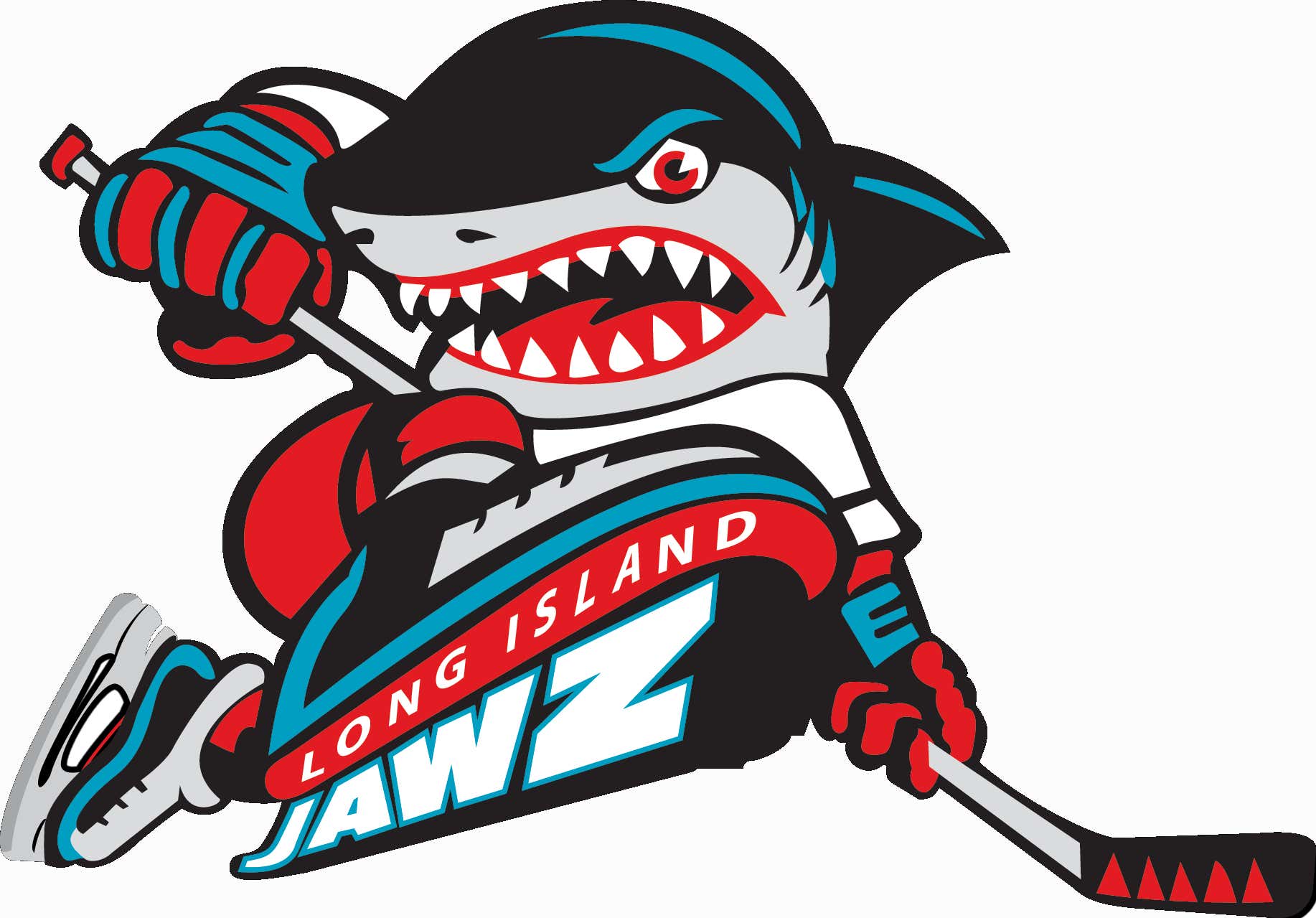 I think the Z at the end still might throw a few people off today but this is a crispy clean logo. Hot colors, hot design, and you know what? It's Long Island so I bet those FLIDs still go heavy with the "Z" anyway. So yeah, we should probably start out with bringing back teams like the Jawz and the Bulldogs just to ease everyone back into the RHI. Then we can go full blown time machine back to the 90s to bring back the Radz, Barracudas and Rockin' Rollers once everybody is hooked.

Or at the very least, we need to get these shirts up in the store. I feel like a league that has been defunct for 20 years at this point can't still have any copyrights.