It seems like just yesterday that Spencer Dinwiddie came up with the idea that if people donated $24M to his GoFundMe that he would allow fans to choose his next team.

A pretty hilarious idea that from the jump you knew the league would probably have an issue with, but I didn't blame him for thinking outside the box. Well then he put the link out and four days later here we are 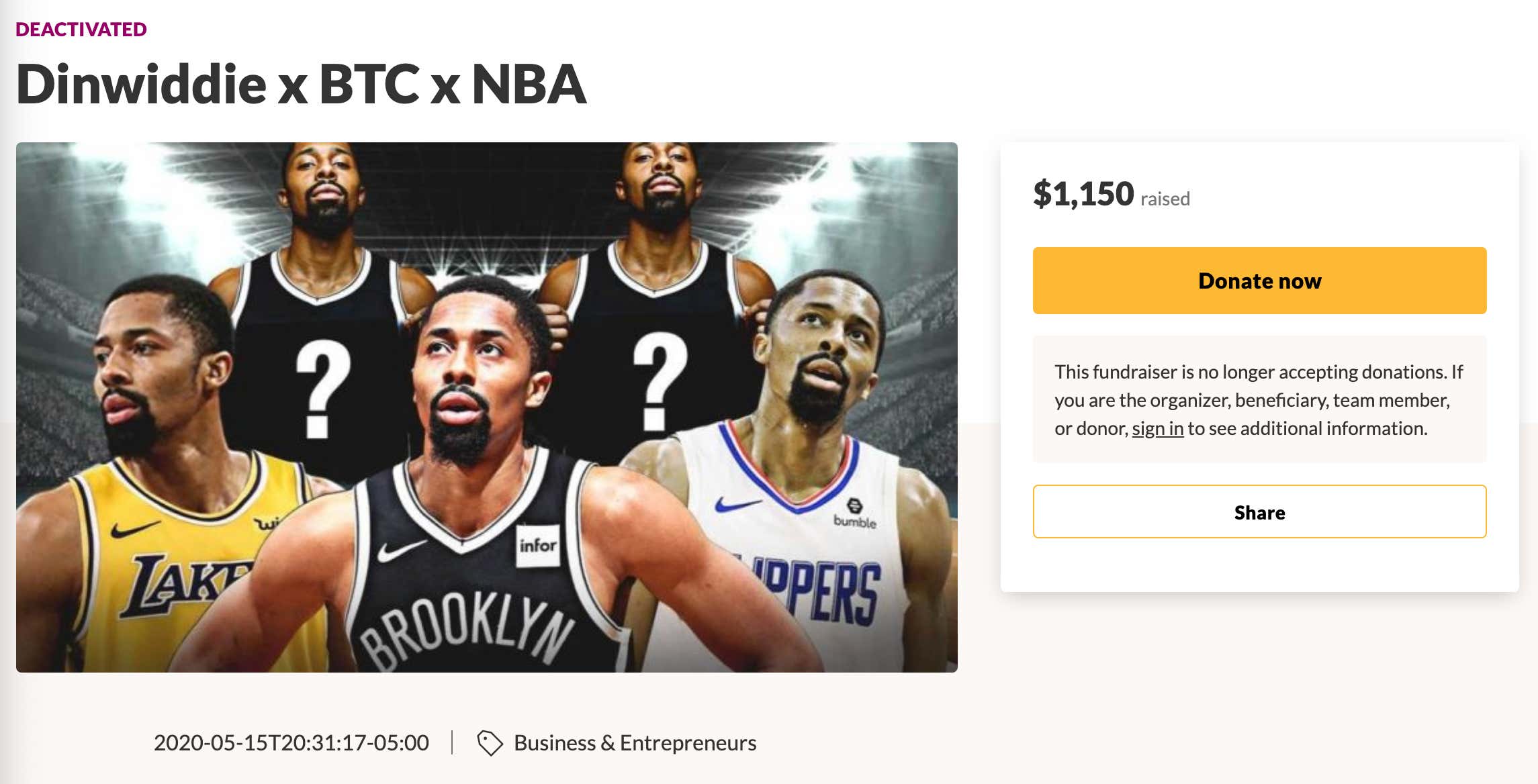 Did the league shut it down or was it the fact that maybe he was a little embarrassed with how little money was donated? I'm not a big math guy, but something tells me that donation pace was not going to get to $24M in a month. My guess is Adam Silver caught wind of this and put a stop to it real quick. Just like the league did when Dinwiddie wanted to create his own currency called a Dinwiddie Bond with his NBA contract by converting it to digital tokens whatever the hell that means. It's a shame too since all the money was going to charity, but the league obviously couldn't risk Dinwiddie actually hitting that $24M goal I suppose.

The good news is some charity out there will be getting a $1,150 donation so it's not like this was a total lost cause. I mean for Dinwiddie maybe it is because his continued effort to get a shit ton of money up front isn't exactly working out. Don't get it twisted, that's what this was about, not fan engagement or whatever bullshit he was saying. Granted, I'm in no way smart enough to fuck with the world of bitcoin or digital currency, but people are definitely getting rich as shit off it I feel like. I've just accepted that I will not be one of those people. I welcome Spencer Dinwiddie to the club, we meet every Wednesday so please bring snacks.

Maybe this would have gone differently if it was someone like Giannis who threw this idea out there ahead of his pending free agency. I feel like that guy gets more than $1,150 in four days. He probably gets $1,150 a second. It's a shame too because Dinwiddie is pretty good, and if he comes to your team on a minimum deal that's great value that can really help your roster construction.

Ah well, back to the drawing board I suppose.