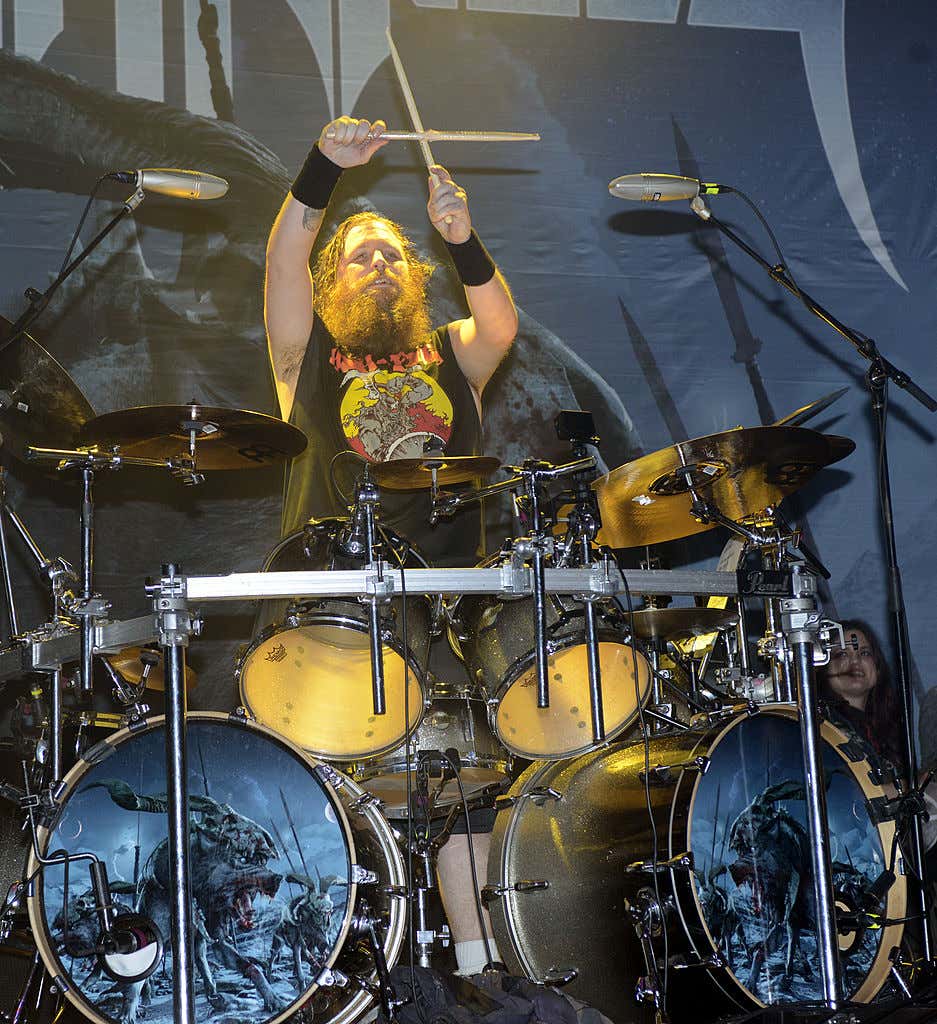 SF Chronicle  - Being the drummer for thrash metal legends Death Angel, Will Carroll was used to crowds cheering after a show. But inside the California Pacific Medical Center on March 30, the Bay Area rocker received a standing ovation just for opening his eyes.

Carroll stayed comatose in intensive care for nearly two weeks, mostly in critical condition. He was the worst of four patients who were in critical condition because of COVID-19, said Dr. George Horng, a pulmonologist. Carroll’s heart failed during the first few days because the medication needed to keep him on a ventilator was so taxing on his body.

While in the coma, Carroll said he had dreams of visiting the afterlife. He saw himself leave his body and plummet down to hell, where Satan — a woman in his case — punished him for the deadly sin of sloth, morphing him into a Jabba the Hutt-like-monster who vomited blood until he had a heart attack.

“I woke up on the hospital bed with tubes coming in and out of me, and there was a nurse right there and my first words were, ‘Am I still in hell?’ ” Carroll said. “She ignored me.”

“I’m still going to listen to satanic metal, and I still love Deicide and bands like that,” Carroll said. “As far as for my personal life and my experience of what I went through, I don’t think Satan’s quite as cool as I used to.”

Never meet your heroes, kids. That's what they always say, and for the most part I've never thought that was accurate. I've met plenty of my heroes along my path of life and most of them, if not all of them, have been really nice and considerate and for the most part, normal people who live extraordinary lives. There are some I've yet to meet like Taylor Swift that I figure I just never will, but that's ok, I know she'd be awesome too.

But then there is always the other side of it. The reason they warn you about meeting your heroes. Case in point- the Devil. Poor Will Carroll. Came down with Coronavirus and went into a 12 day coma. While under, he went to Hell where he met the key figure in most of his band's songs, Satan. You would think that would be a joyous occasion- Satan meeting one of his biggest fans. Well think again, Buster Brown.

For starters, it turns out Satan is a woman, which in retrospect, duh. Pretty crazy that both god and satan are women. Makes sense though. But she was mean to him!!! After all he's done for her, she turned him into Jabba the Hutt and made him vomit blood until he had a heart attack. Not cool at all!

Thankfully he rose out of Hell, came back to Earth, and now has a new lease on life where he- get this- plans to be healthier and believe in god!

He now plans on living a healthier life without hard alcohol or bong rips, though he’ll still drink the occasional hard cider and narrow his marijuana use to edibles. He also adopted a belief in a higher power; he feels the prayers from his family and friends helped him pull through.

So maybe meeting his hero and having a bad experience will end up saving his life in the long run? Powerful stuff.