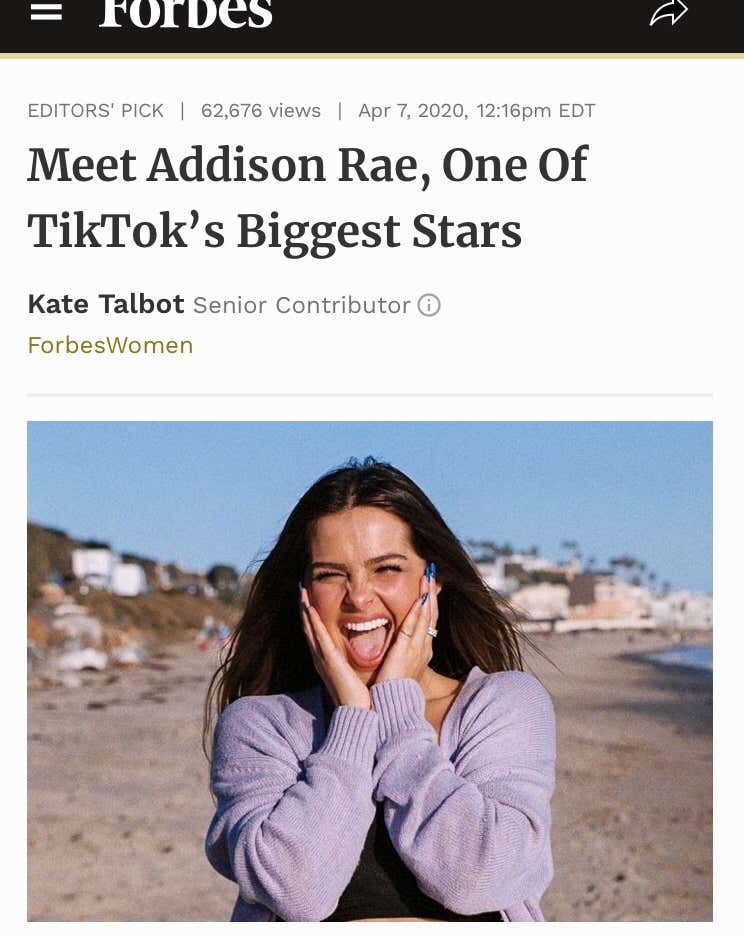 Each generation has entertainers they passionately gravitate towards. Baby Boomers had the British Invasion of rock bands like The Beatles, The Who, and The Rolling Stones. Generation X had Michael Jackson, Whitney Houston, Timothy McVeigh, and Madonna. For Millennials, it was boy bands and pop stars like the Backstreet Boys, NSYNC, Christina Aguilera, and Brittney Griner. Now, in an era dominated by social media, the biggest star in the world is 19-year-old TikTok sensation Addison Rae from Louisiana.

With over 41 million followers, she’s not only the most popular legal adult on the entire app, but she’s also carved her niche as one of the top lip syncers and slow motion body movers in the world.

While TikTok and Instagram might be her bread and butter, respectively, the young star’s Twitter prominence has also skyrocketed over the course of the past year, garnering her more followers than Dan Katz, Molly Ringwald, Clay Aiken, and Shwayze, combined. 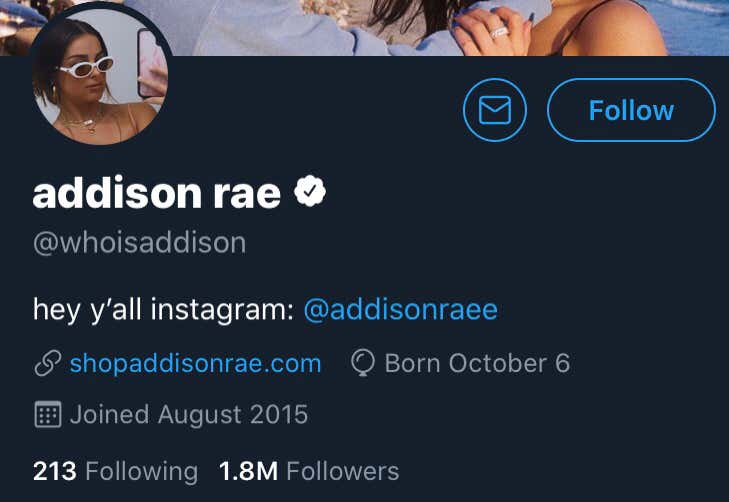 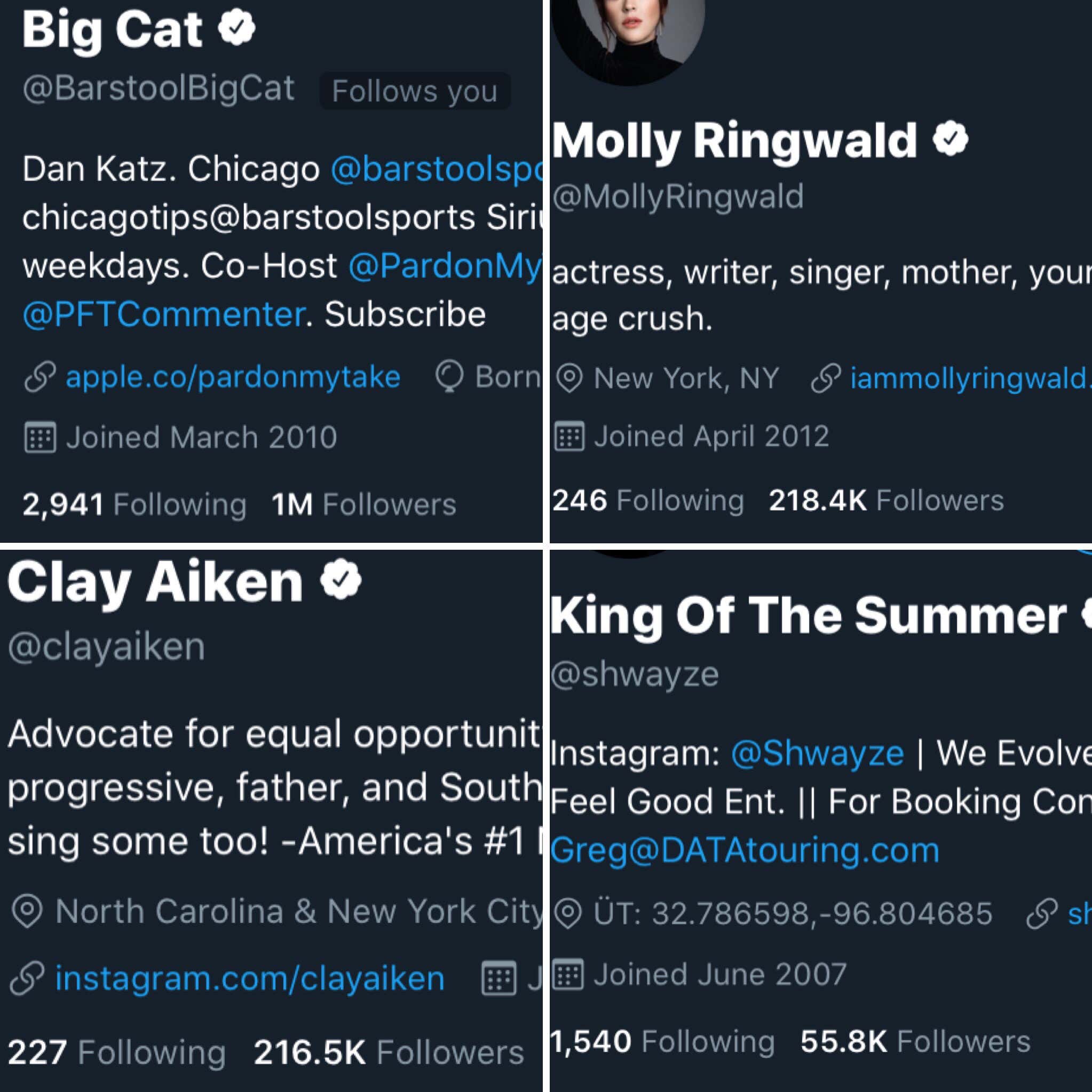 Here are her top 16 posts of the year: 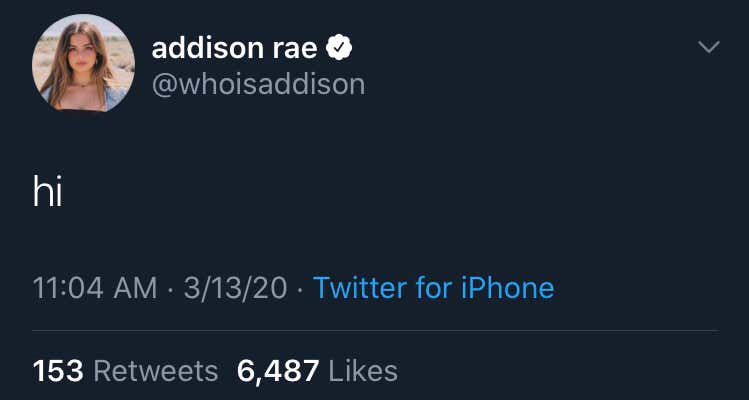 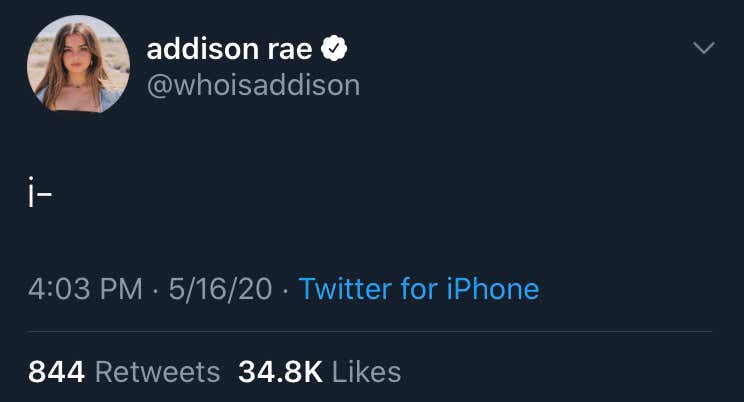 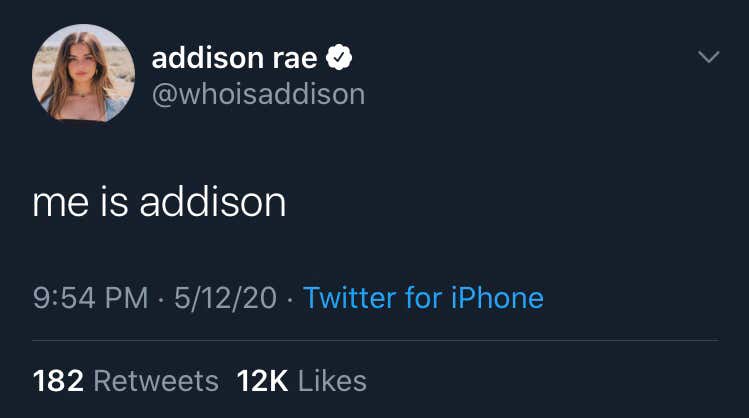 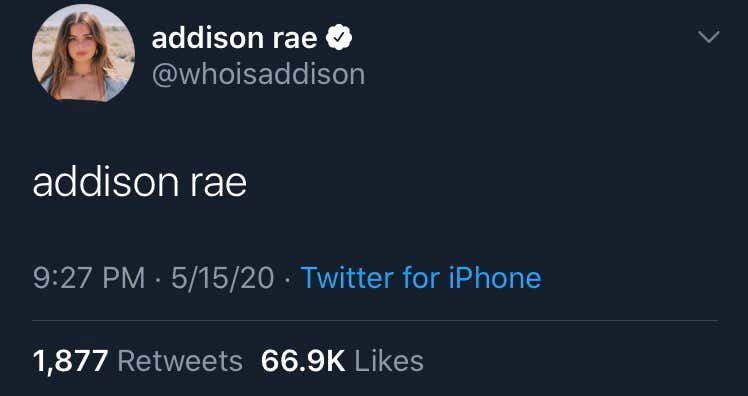 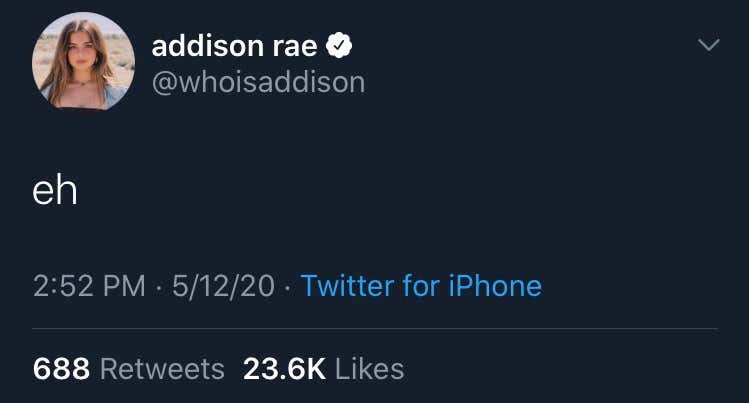 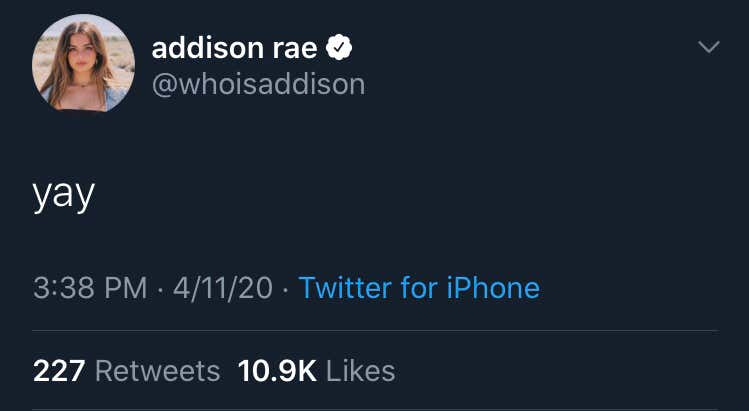 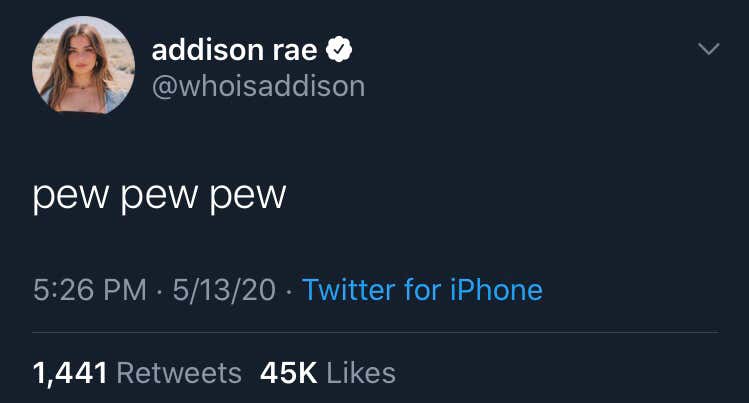 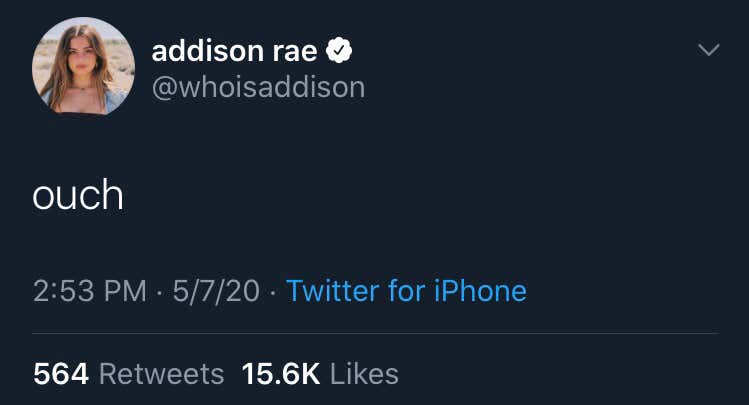 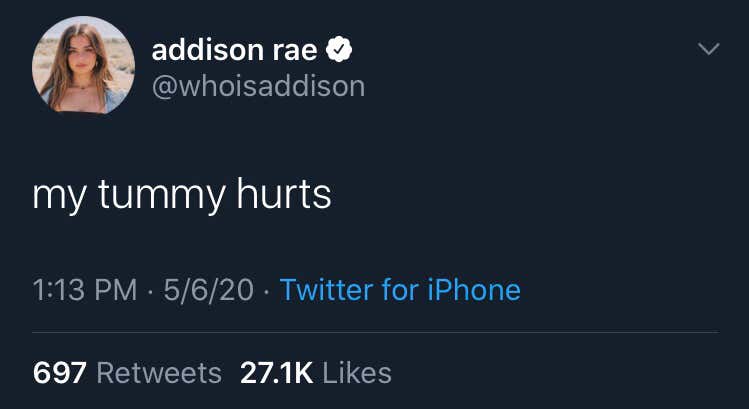 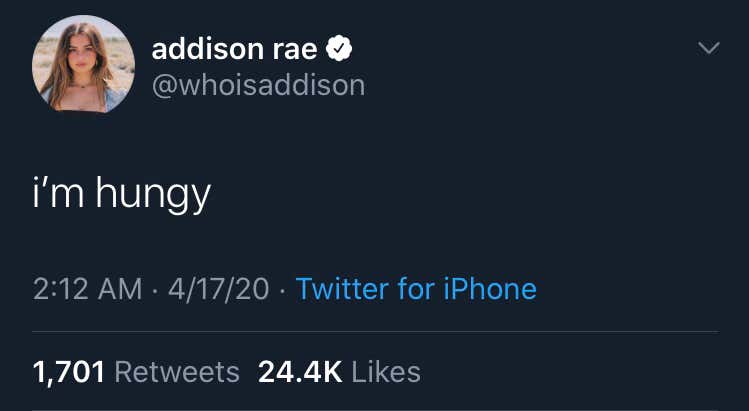 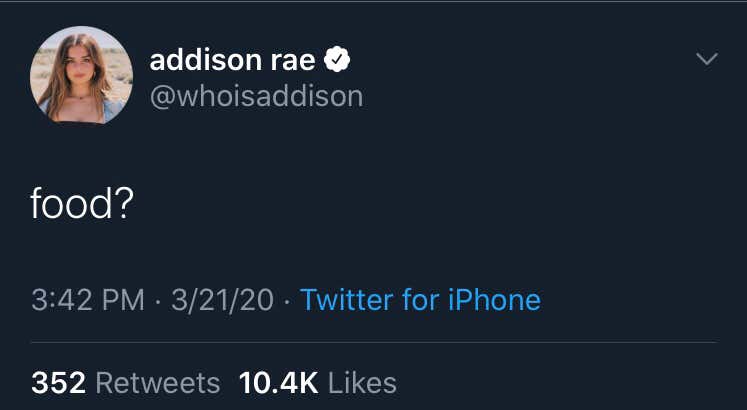 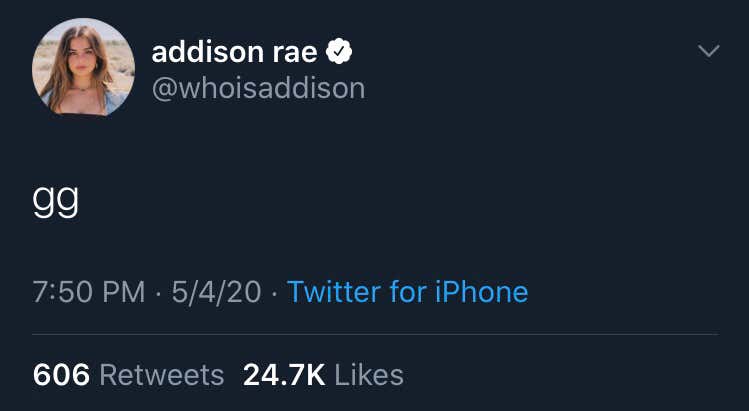 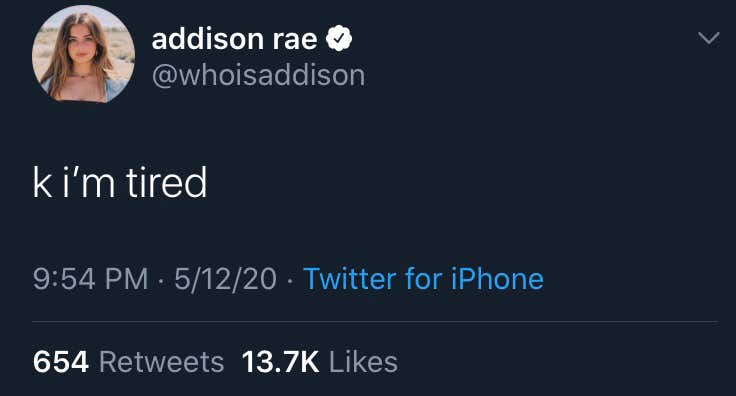 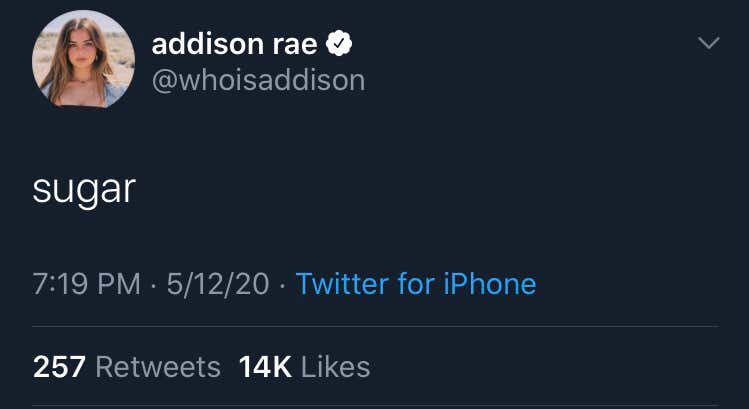 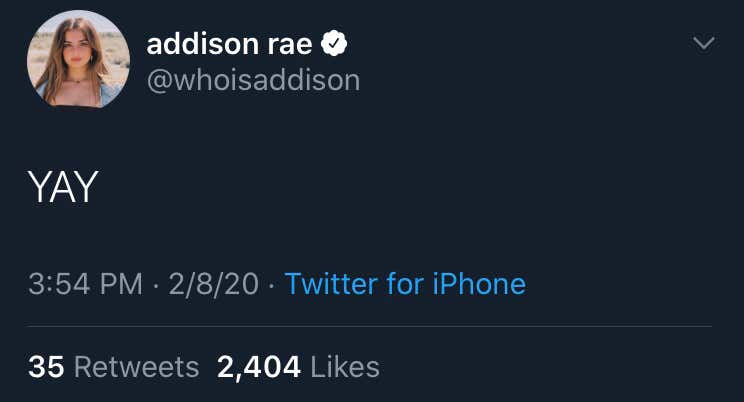 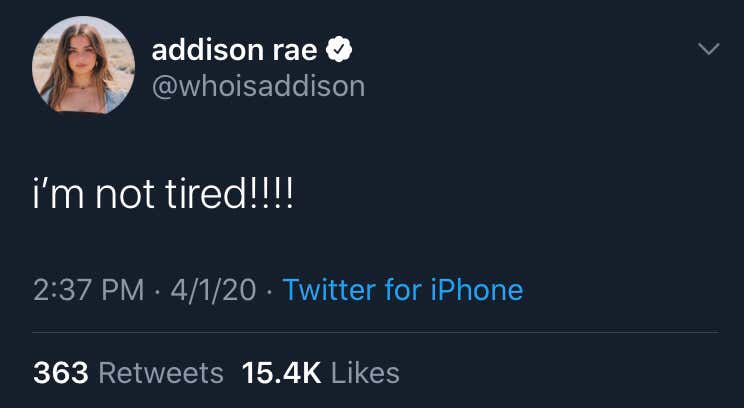 Read those tweets in order and they might come across as a speech pathologist’s transcription of a moderately delayed toddler’s communication utterances in a single day, but Addison Rae is far from just a “little tot.” In fact, the adult woman has already been aggressively pursued by up to five of the top superstars in the NBA. 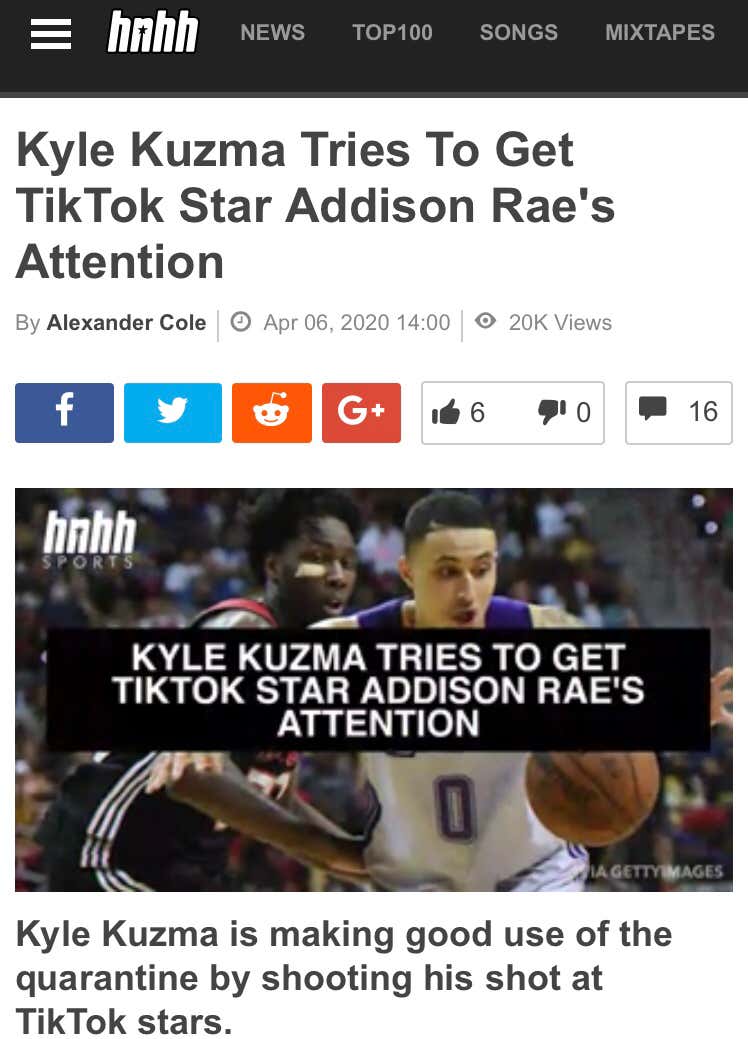 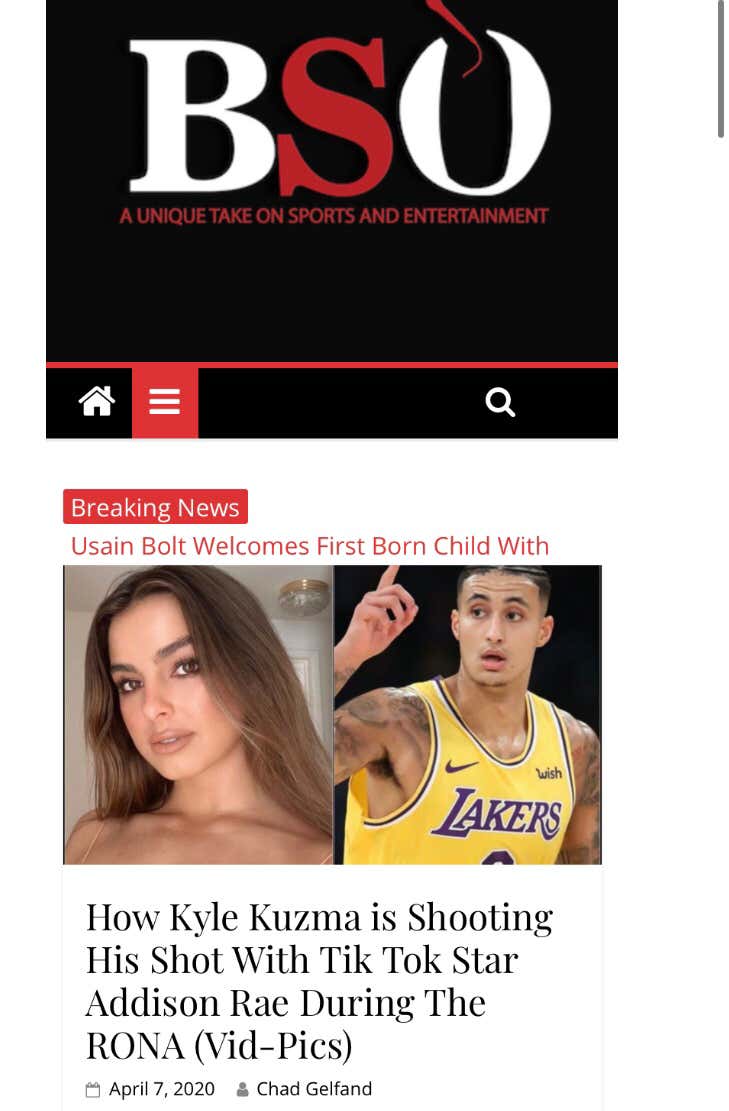 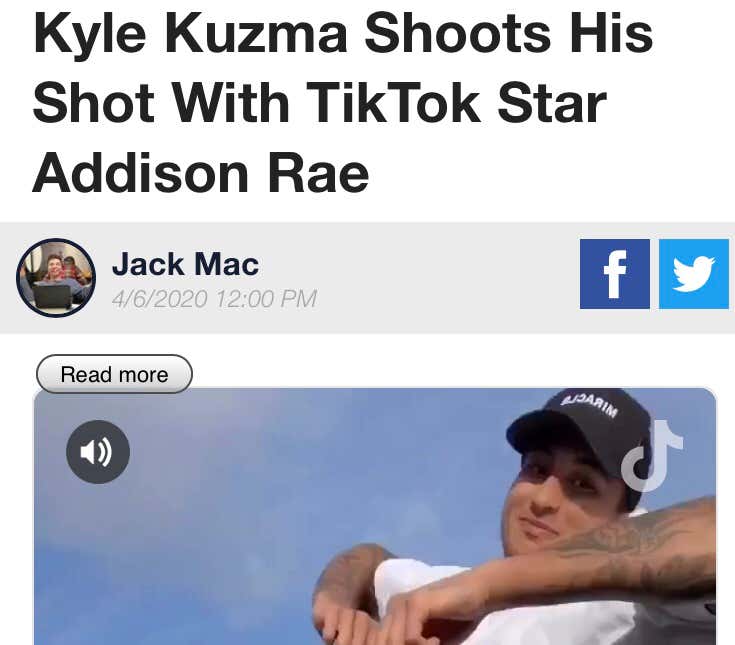 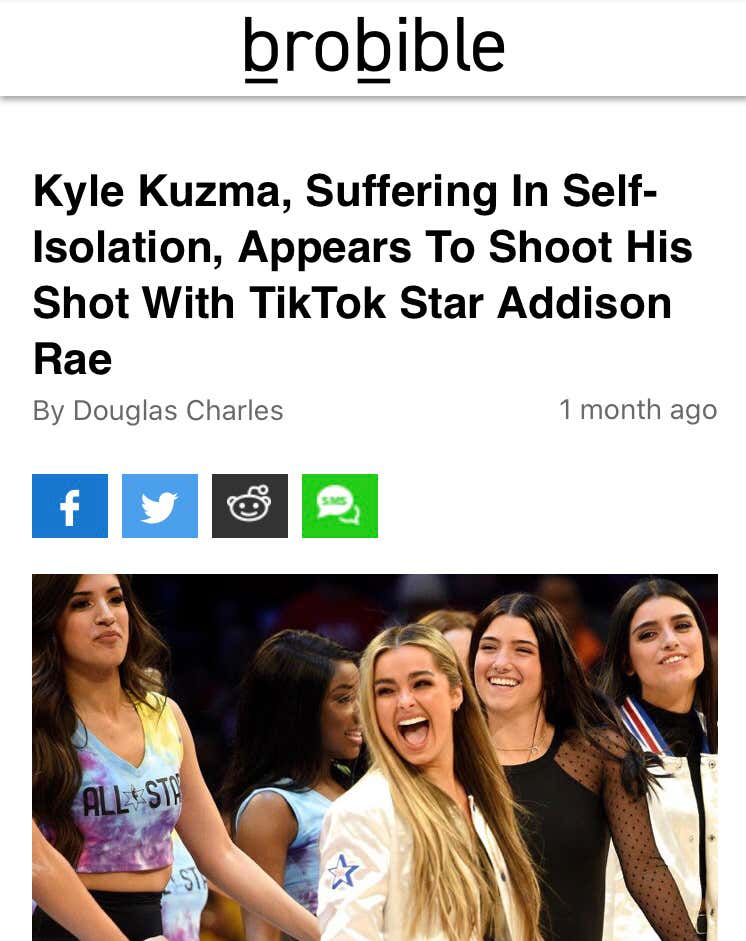 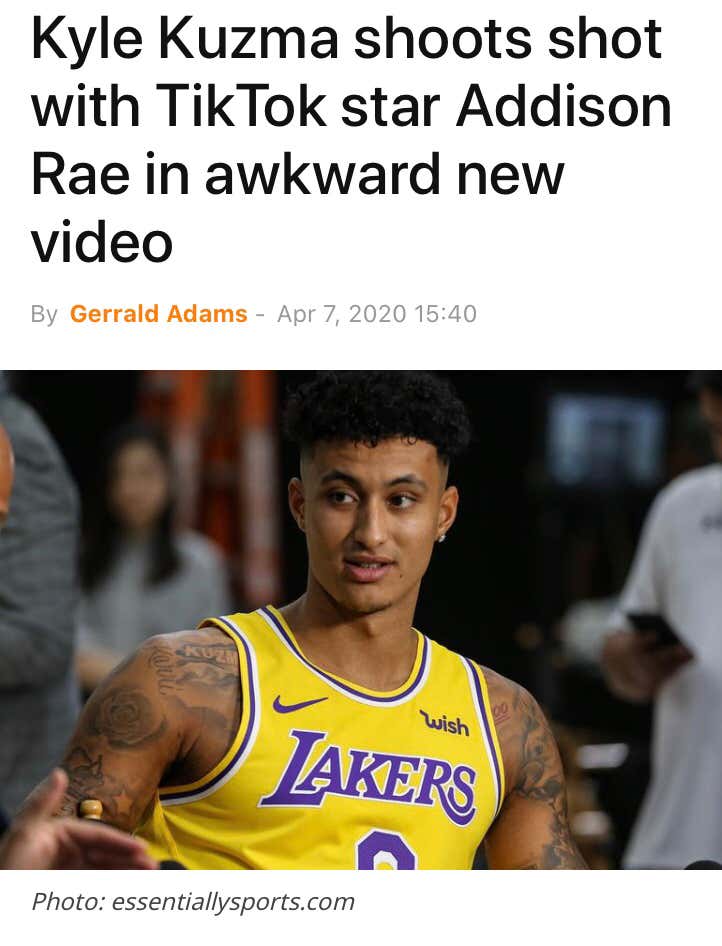