If you thought something as trivial as the coronavirus and de facto house arrest of most of the United States was going to stop the Go Topless Jeep Weekend in Bolivar Peninsula, Texas, boy, were you sorely mistaken.

12 News — "We been in quarantine and like, I need to get out and party," beachgoer Chelsey Coyer said.

You tell 'em, Chels. They took everything else from us but damn it, they will not take Go Topless Jeep Weekend. Everyone knows when the third Saturday in May rolls around, we're headed to Bolivar Peninsula and we're gonna Jeep wave until our arms fall off — or we get arrested.

At least 140 people have been arrested in connection to Go Topless Jeep weekend, according to the Galveston County Sheriff's Office. This year, the sheriff's office added roughly 40 Texas DPS state troopers to help with enforcement.

Ok, so 140 arrests … not that bad, all things considered, I suppose.

NBCDFW — Two men were shot when a man fired into a group of people during a Texas event, a police official said.

“A group of men started fighting and it transferred over to females fighting,” Trochesset said. “When the women were fighting, a husky male discharged a firearm.”

Why does somebody always have to go and ruin the fun for everybody just out on the beach having a great time in their Jeeps? All this woman wanted to do was drink a High Noon or 12 and relax in the sand and enjoy the beautiful scenery of being enveloped by fellow Jeep enthusiasts. 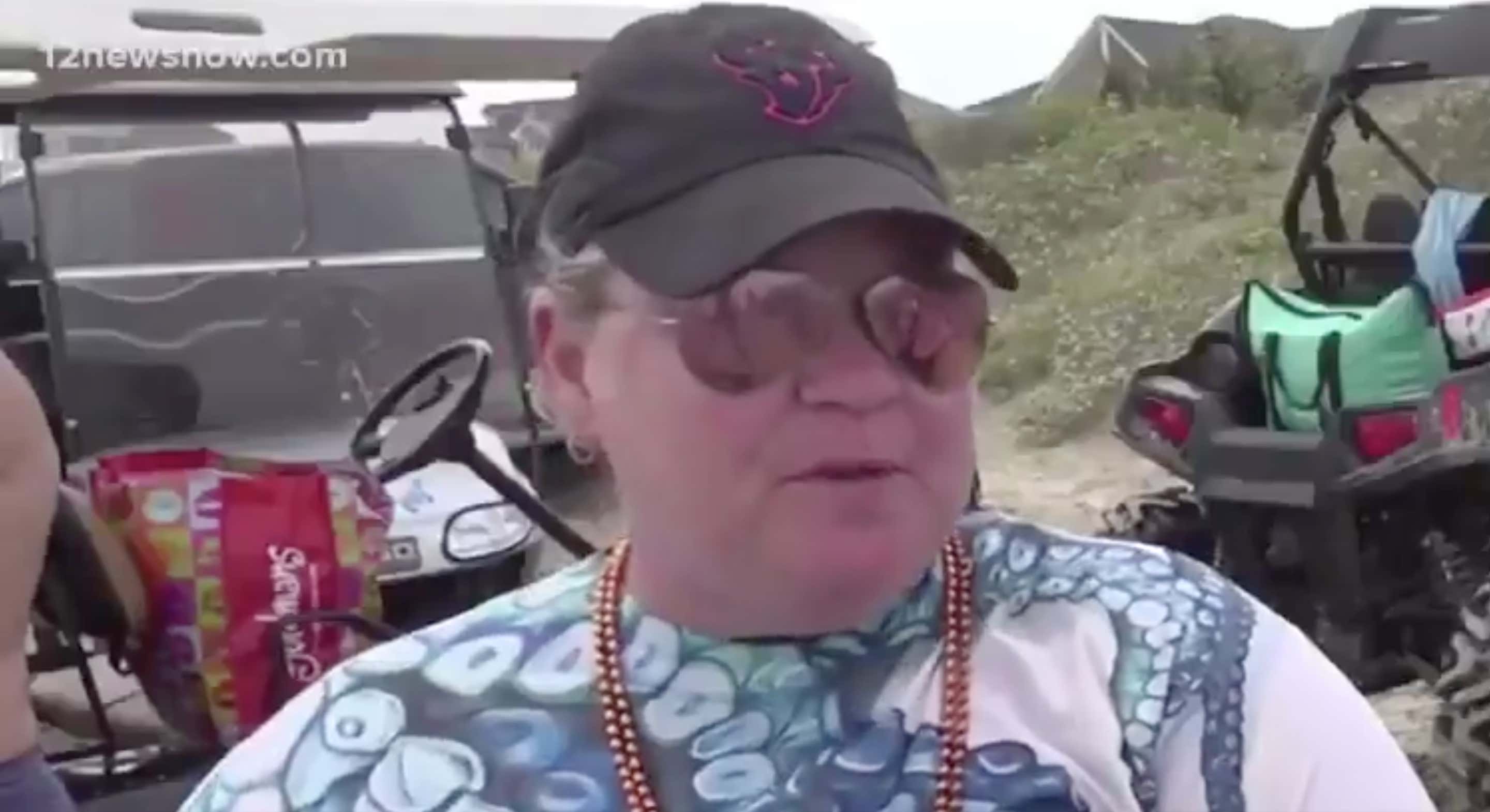 But there's always that one "husky" guy who just has to pull out a firearm and ruin it for everybody.