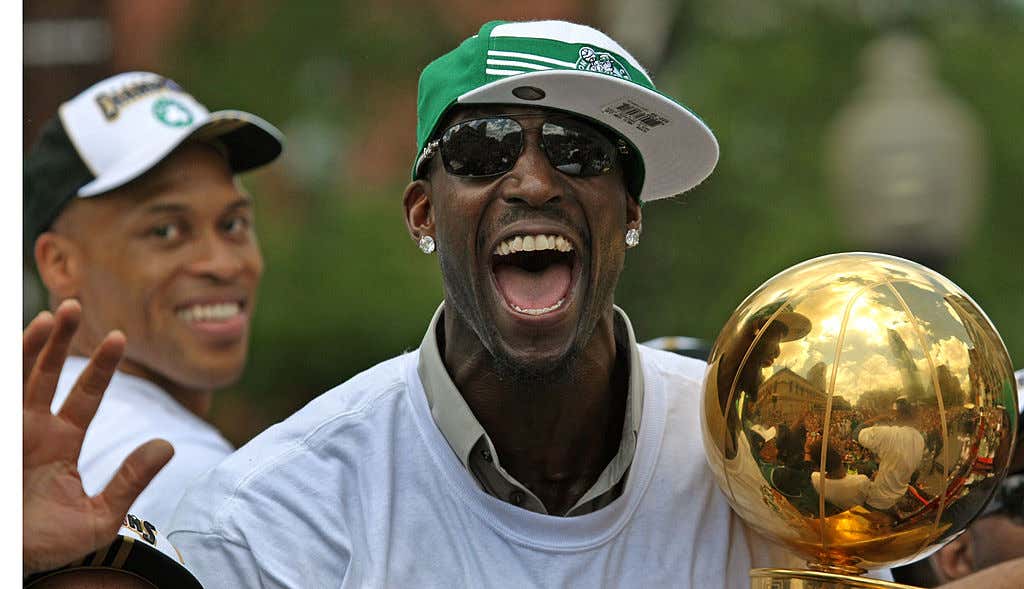 In everyone's life there are a handful of life changing moments that will live with them forever. For me, one of those days came on July 30th, 2007. It was that day that we learned how our lord and savior Danny Ainge convinced his good friend Kevin McHale to take 75 cents on the dollar in an effort to bring Kevin Garnett to Boston. It was basically this, but in real life

You have to understand, we as fans had just lived through a 24-58 season the year before. That was the second worst record in the entire NBA. They had a stretch where they lost 18 games in a row. It was one of the worst seasons in franchise history since the 90s which for anyone my age was a level of PTSD we did not need to experience.

But then it all changed. Everything changed really. With KG on board this team had become title contenders overnight. The entire culture of the organization changed and went back to the days when the team didn't suck ass. Most importantly, KG delivered. What he did to bring me the only title I've ever seen with my own eyes I will never forget. It changed my life and that is not hyperbole. I'm almost positive it did the same for any Celtics fan that was born towards the end of the Larry Bird era. You still can't convince me if KG doesn't get hurt in 2009 they don't go back to back, that 09 team was even better than 2008.

There was honestly nothing like going to the Garden and watching KG play. We sat right next to his sister every game. Being able to watch an all time great that close was something I'll never forget. Remember, if the events of 2007 were just Paul and Ray, there is no title. They needed KG. He was the final piece to the puzzle that made everything work.

So please join me in wishing The Big Ticket a 44th birthday. In my opinion we'd still be searching for that 17th banner if he never agreed to come, and for that I will be forever thankful.