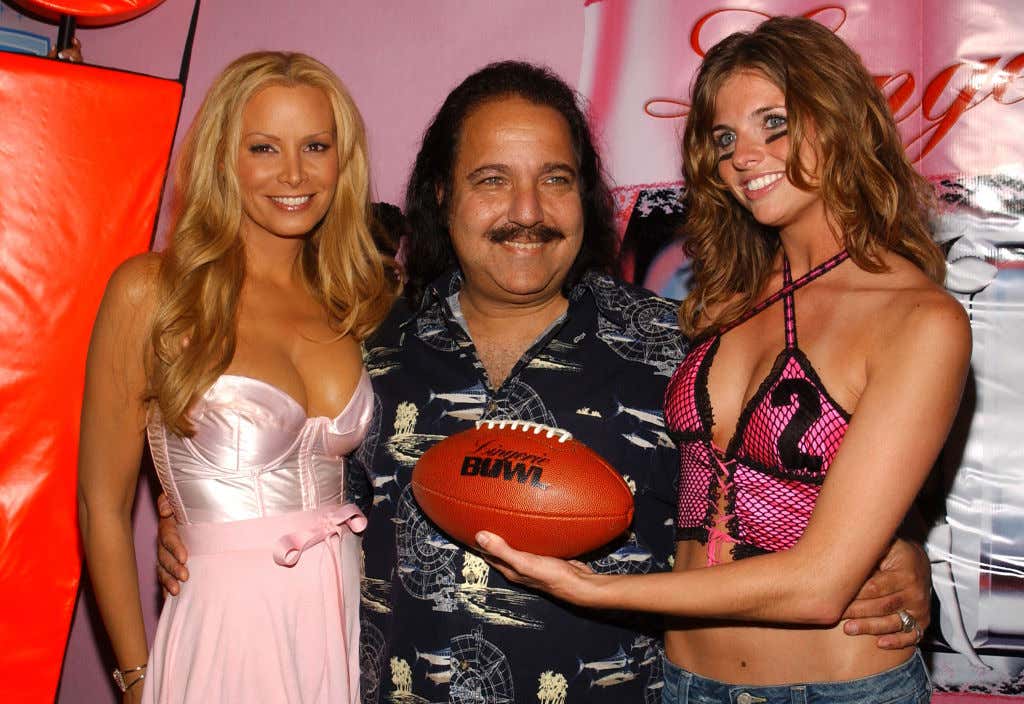 So his advice, yeah, that shit is going to be something worth remembering. (credit: Page Six)

Jeremy, who is busy trying to save his wood, says a “cute idea” is to use sex dolls, which are “very lifelike.”

“You touch it and it feels like real skin,” he explains to Page Six. “You add that to virtual reality, and then you’re actually having sex with what feels like a real woman.”

Sex dolls? Really? That's the advice? Use sex dolls because they feel like real women? How unique and original!  I don't think every single man in the entire world has, at the very least, thought that exact same thing during a moment of desperation, but thanks for the revelation, Ron.

Maybe I'm being too hard on him. It's possible he just needed a little time to warm up. After all, most people don't just come out of the gates swinging because that's the sure-fire way to get cramps. You gotta stretch it out, get those muscles going, and get in the zone - both mentally and physically.

I'm sure his next piece of advice will really showcase his years of hard work.

More importantly, Jeremy advises, people can “prepare” for “the real whopper” that will occur when they reunite in person and have sex.

“Do a little dialogue … a little phone sex,” he suggests. “FaceTime where you can look at each other … while you’re actually having sex with yourself.”

Oh, ok. So if you can't actually be with the person you wish to have sex with, just call them and have phone sex. And if you really want to get crazy, do this thing called FaceTime so you can see that person while you're having sex with yourself.

You know. This is my fault. I set my expectations entirely too high. I thought maybe he would have something enlightening to say that I could pass on to you fine people, that maybe it wouldn't be totally useless trash, but I was wrong. Either his talent is God-given and he brings nothing else to the table aside from that one specific talent, or he's selfish and doesn't want to give away his secrets because he doesn't want some random Joe dethroning his legacy.

Either way, I guess those who can do, do, and don't teach.

Unless you're into Beethoven, in which case, this little nugget might serve you well…

“Even Beethoven had sex, too,” Jeremy says.