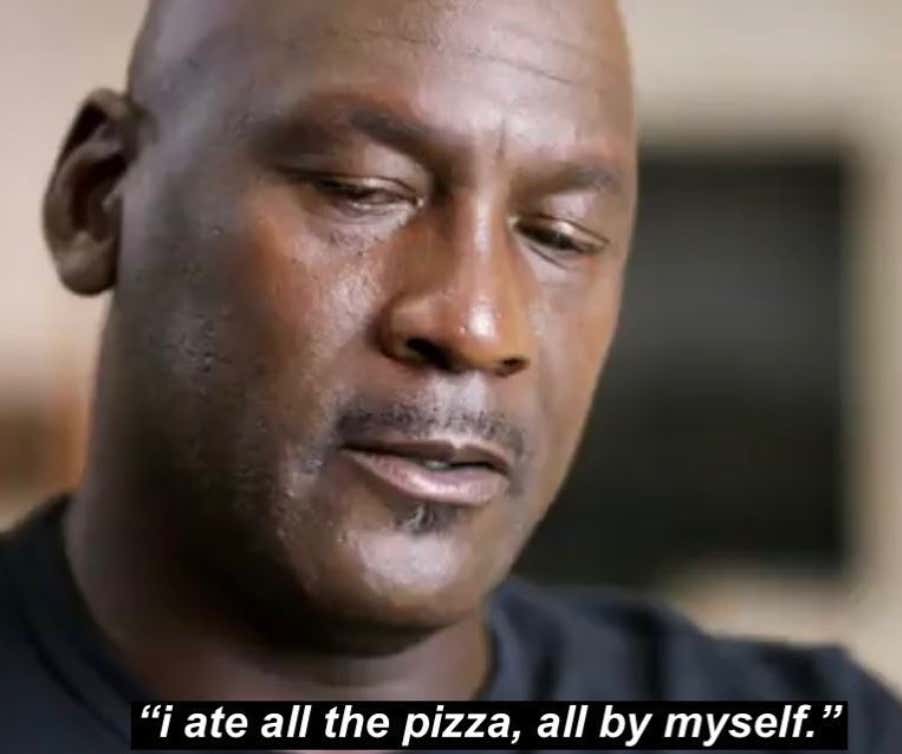 One of the best moments from last night's Last Dance finale was reminding everyone that the Flu Game was actually the Food Poisoning Game.

I didn't realize that a lot of people out there still thought it was the Flu Game. It's been public information that it was food poisoning (most likely intentional) for awhile.

SOURCE-David Jacoby sure thought so. With Hehir on the Jalen & Jacoby Aftershow, Jacoby interrogated the director about if it was “exactly 100 percent the truth.”

For most people, it’s odd that in a room full of people only one partakes in eating a pizza late at night. What didn’t make the cut was that Jordan spit on it to prevent anyone else from eating it, Hehir said.

I'm not sure how this didn't make the final cut of the episode? I know they had a lot to fit in over 10 episodes, but MJ spitting on the pizza that gave him food poisoning seems like some great comedy to include.

“When the pizza shows up,” Hehir said, “Michael says ‘Everybody, do not touch this pizza. This is mine. You didn’t wait for me, don’t touch this.’ So he spits on the pizza.”

Imagine trying to steal a slice of MJs pizza. The balls you must have to steal from the GOAT? You deserve food poisoning if you did that.