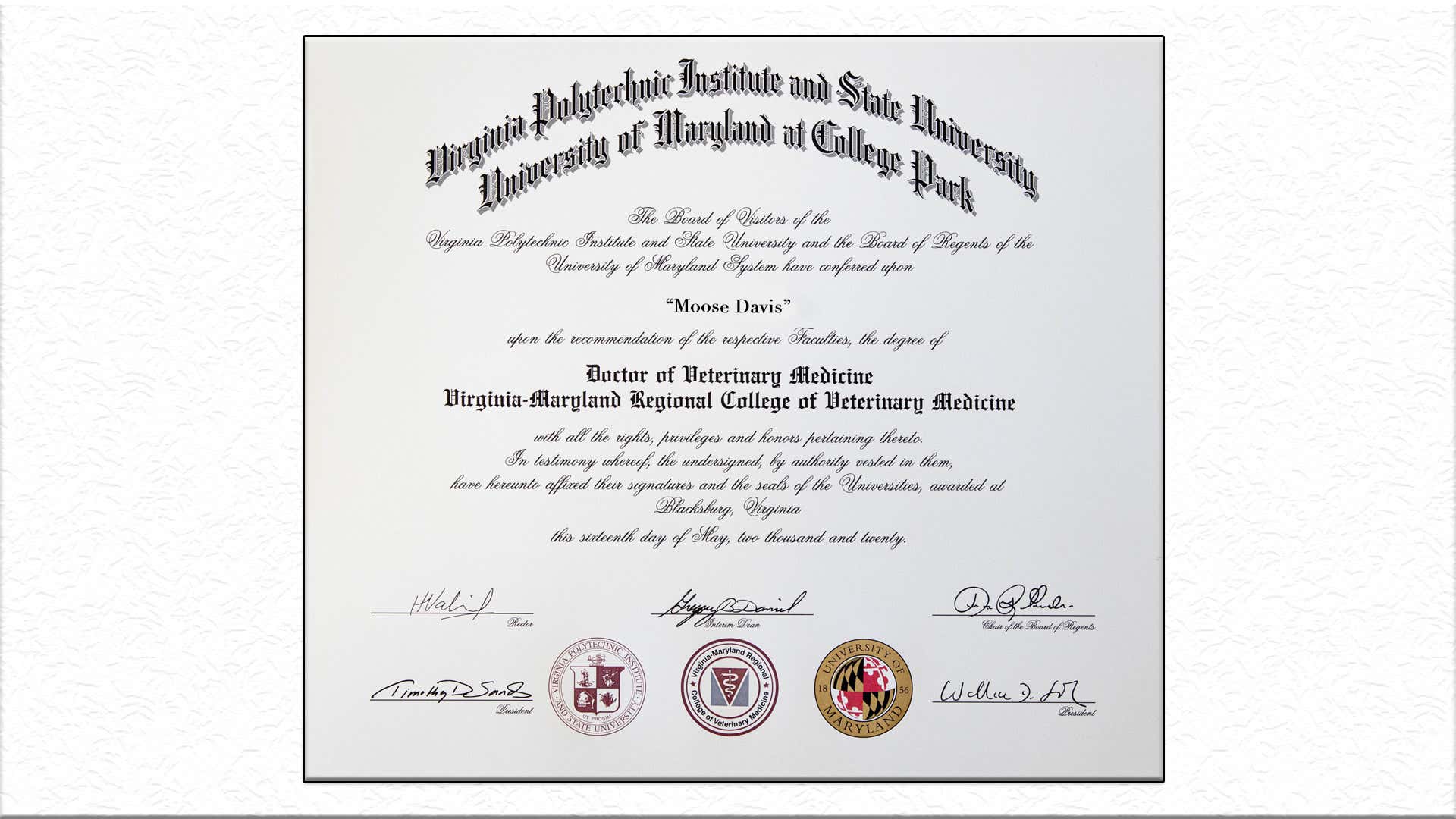 Big congratulations to Moose on his honorary Doctorate in veterinary medicine. He was awarded the degree over the weekend in a special virtual commencement ceremony and the college has also assured he'll be awarded 'plenty of treats'. This comes at a good time for the pup who's been having a rough go as of late..

Like the Hokies he helps, Moose has had a challenging few months. Just a week after his birthday in February (his 64th, in human years), the Labrador Retriever was diagnosed with prostate cancer and began a treatment regimen of radiation, chemotherapy, and other therapies. His treatment has been managed by providers at the Virginia-Maryland College of Veterinary Medicine, a joint venture of Virginia Tech and the University of Maryland at College Park. Moose was cared for and housed by a Virginia Tech veterinary student earlier this year while receiving radiation treatments at a private veterinary specialist in Richmond.

Moose, who came to Virginia Tech in 2014, is now one of four dogs at the counseling center who serve as working therapy animals and ambassadors for mental health awareness. Trent Davis, the coordinator of animal-assisted therapy and a counselor at the center, credited Veterinary Teaching Hospital staff for providing Moose with excellent care. Moose continues to receive chemotherapy and has been given a pawsitive prognosis.

I think universities having therapy dogs is an awesome idea (what a brave, bold statement by me) and I don't think anyone would be mad at seeing more of 'em. At Virginia Tech these pups pop up in the libraries, at the counseling centers, at local assisted living homes, student centers, campus festivals… If you're having a rough day taking a few minutes to stop what you're doing and reset while you pet the goodest of boys and girls can be a huge help. Good vibes all around.. and speaking of, here's some more photos of Dr. Moose & the squad to close out the blog: 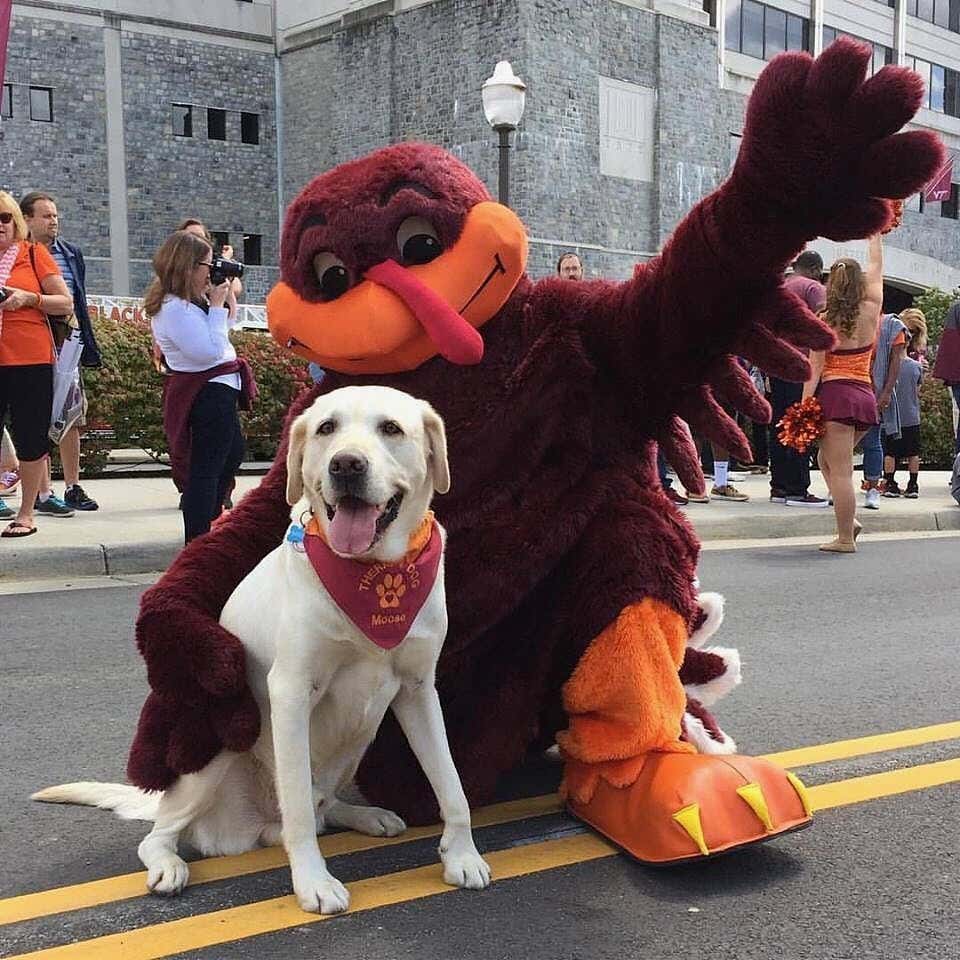 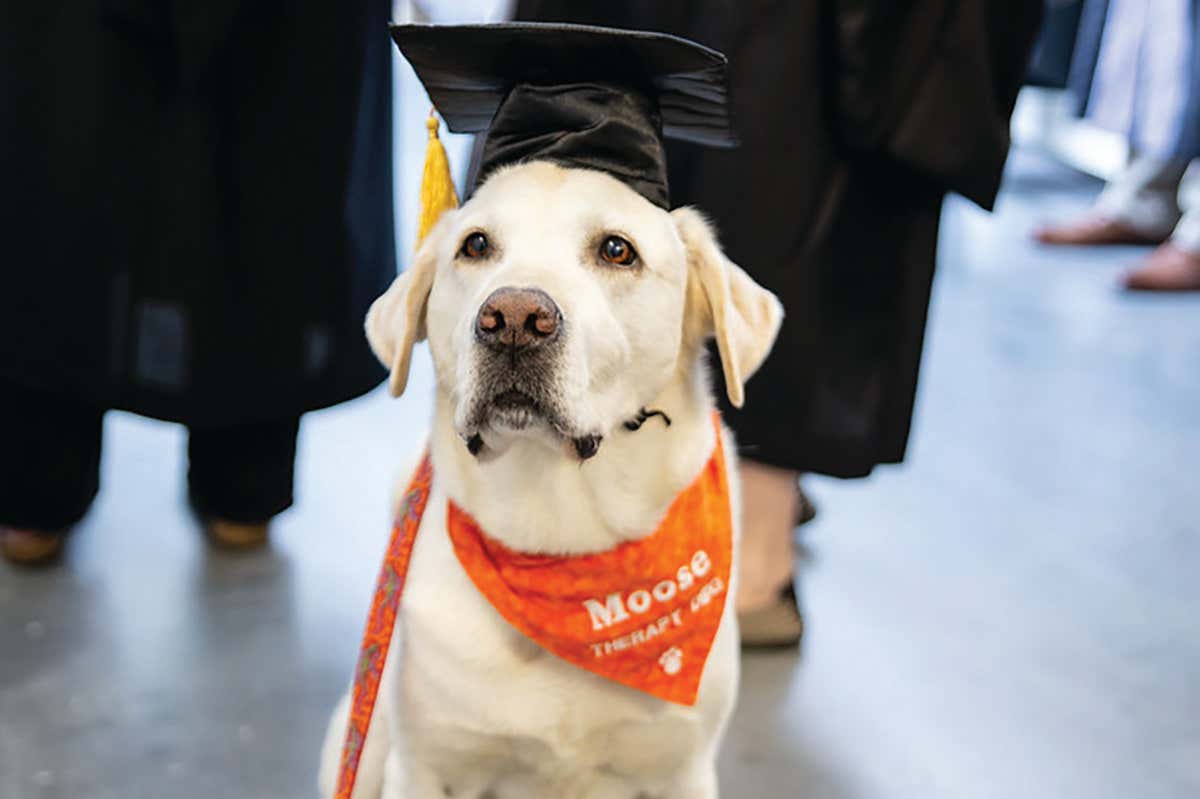