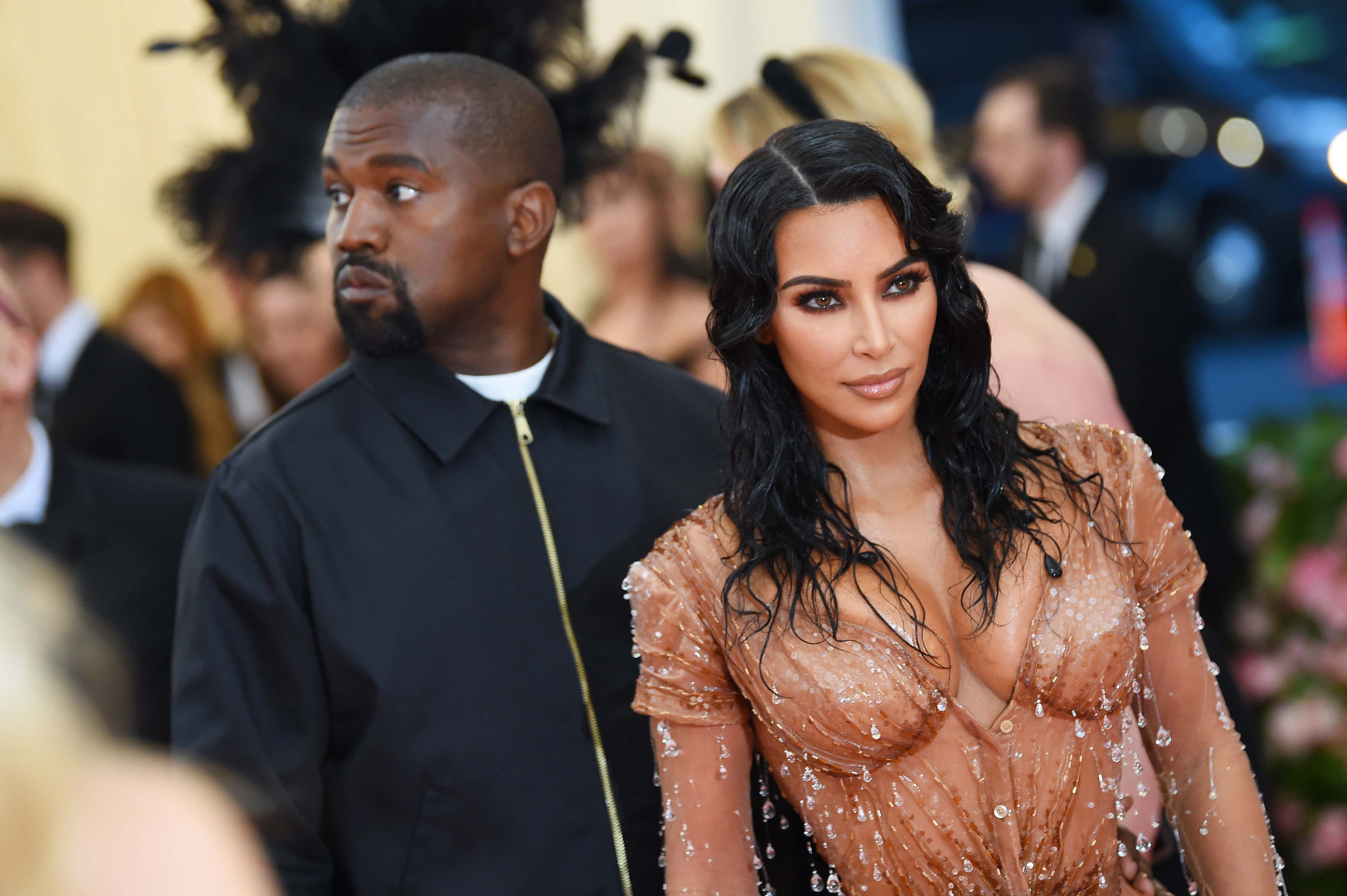 Yahoo - Kanye West‘s former bodyguard is speaking out about some of the intense guidelines he had to follow while he was employed by the rapper.

He said West was one of his “least favorite people to work with over the course of time.”

In a conversation with the Hollywood Raw podcast with Dax Holt and Adam Glyn, Steve Stanulis said, for starters, West “wanted [him] to stay 10 paces behind him on a city street. So obviously, if someone is going to come up and do something, by the time [he could] try to run up and prevent it, it would have already happened.”

Stanulis also alleged that West and his wife, Kim Kardashian West, notify the paparazzi every time they leave the house.

“There’s no way every time they are leaving, all these people know about it,” he said on the podcast. “There’s definitely somebody calling ahead.

Stanulis said that when he tried to protect West from the paparazzi, the rapper would get angry at him for “being in his shot.”

Stanulis recalled a time that he almost came to blows with an Italian dignitary’s security team when a tipsy West wandered into the wrong hotel room. “We were coming home late from the studio and he was a little intoxicated,” Stanulis claimed, adding West was staying at the Waldorf. “He couldn’t find his room.”

Though Stanulis slammed West as the neediest, moodiest and worst tipper he’s worked for, he also said that the rapper was the most hardworking. Alternatively, he said Tobey Maguire was the kindest celebrity, and that Woody Harrelson, Stephen Baldwin and Alanis Morissette were all great.

Kim Kardashian, daughter of Lucifer, calls the paparazzi to alert them anytime she leaves the house? Shocker.

Kanye would get mad at his security for doing what they're paid to do? No way.

I'm sure this guy has a fuckin goldmine of tales he's not at liberty to divulge due to an ironclad NDA Kris Jenner's army of lawyers had drawn up. This small stuff probably doesn't even register on her radar. But if he were to talk about the real dirt he'd disappear quicker than an Epstein whistleblower.

As for the "worst tipper" accusation, I don't doubt it one bit. I just don't understand it. Not just in Kanye's case either.

For ego-maniacs like these two, and thousands of other celebrities and athletes, that feen to be loved and adored, do they not understand the goodwill that "tipping" can buy?

Everybody loves a big tipper. Nothing goes viral, for positive reasons, quicker than a story of a hard worker receiving a monster tip.

For the generation of countless musicians who think of themselves and want to refer to themselves as the "new" Frank Sinatra, take a page out of the man's book for me one time.

NOBODY tipped like Old Blue Eyes. Nobody. (Not even "Five Dollar" Wayne Fontes).

Sinatra had a guy on payroll whose only responsibility was to ensure everybody's beak was wetted. He was kind of a germaphobe so this guy's job was to hold the cash and dole it out-

"Frank tipped big, and he always had a designated tipper with him. He liked to carry $100 bills in a gold money clip, but he didn't like to touch currency. He was a very fastidious man. He'd wash his hands constantly, and he showered many times a day. To tip somebody was to `duke' them, as in `Duke the guy a C-note.' and everybody got one "

His last wife Barabra tells an amazing story of Frank's routine when dining out- "He'd walk into a restaurant with a stack of one hundred dollar bills, and say, 'Make sure to take care of all the busboys, not the waiters, the busboys...and everyone in the kitchen.'"

Stories like these still float around Chicago like legends. And for good reason. Everybody loves a good tipper! Even if you're a prick of a guest to wait on, if you take care of your server, a lot can be forgiven.

Even if you don't overtip an entire staff like some whale, don't be a piece of shit and stiff somebody that's provided you a service like it was their privilege. Human decency 101 stuff.

p.s. - I still maintain Kanye's mom passing away broke him mentally. He's never been the same since. She kept him grounded, and normal. Losing your mom unexpectedly like he did would fuck anybody up. When it was over something avoidable like a cosmetic surgery he was paying for he probably blamed himself a good amount. Take a talented, confused, and vulnerable man and let the Kardashian family get their claws into him and the rest is history.

p.p.s. - One of the best out-of-touch ego-trip stories I've experienced happened with Kid Cudi. I was on tour with Sammy Adams and we were doing a show at Red Rocks opening up for Kid Cudi. (Red Rocks is fake life stuff. The venue is unbelievable and indescribable unless you've been inside it for a show.) Everybody is backstage in the green room areas (which are also built into the rocks) or at catering. At the time Cudi was going through that strange period where he wanted to reinvent himself and go by the name "Wizard Cud". His team had signs hung up all over the backstage area that read: "Please do not make eye-contact with the artist [Wizard Cud]". I assumed it was just another asshole manager or agent, trying to prove why they're needed, that took it upon themself to hang them. Until Cudi came out of his green room and walked by catering with his hood over his head. A stagehand made the mistake of staring at him and Cudi's manager caught him. The guy exploded on him and pointed to one of the 15 signs he had typed up on Microsoft word and had an intern print earlier that day in front of everybody. Cudi stormed off. All the rest of the stagehands (blue-collar union guys who couldn't give a fuck less) laughed and teased the offender stagehand like Pesci and DiNero tease Ray Liotta in Goodfellas when he comes home late.