Honestly, I only clicked on this because I thought it was a joke. I figured it was a misleading headline (of course our phones can't detect a virus that currently takes us days - in some cases weeks - to receive test results of!) and I was curious to know what it was actually about.

NY POST - Coronavirus could soon be detected by sneezing or coughing onto a phone, using a tiny sensor that will produce results within 60 seconds, according to reports.

University of Utah engineering professor Massood Tabib-Azar said he’s leading a team of researchers to develop a quarter-sized device, which can be plugged into the phone’s charging port and test saliva particles for the virus, Metro UK reported.

“If someone breathes, coughs, sneezes or blows on the sensor, it would be able to tell if they had COVID-19,” Tabib-Azar told the outlet.

If the virus is present, there are DNA strands in the sensor that would bind to the virus proteins, which would trigger electrical resistance that signals a positive result, Tabib-Azar said.

So… this professor developed a device that can detect the virus, in no more than one minute, with a simple sneeze instead of a deep nasal swab?

Does that seem almost too easy to anyone else?

Logistically, it makes sense. They're already detecting Corona in our poop, and a saliva self-collection kit has been developed by Rutgers, but it requires patients to send the kit back to their lab for testing. More importantly, it's currently the only legit salvia testing option.

Are we supposed to believe that somehow Tabib-Azar is smart enough, quick enough, to develop a device that can not only detect COVID-19 with saliva, but that can detect it without a laboratory, on an average cell phone?

Tabib-Azir said the gadget could be available within three months since he already created a prototype of the sensor a year ago to help detect the mosquito-borne Zika virus.

“The plan is to program it to identify COVID-19 instead,” said Tabib-Azir.

Imagine just casually dropping, "Oh we were developing it for Zika, but no worries, we'll just program it to identify this virus we've never seen before that's taken over the world." Who the hell is this Massood Tabib-Azar? Some kind of tech genius? 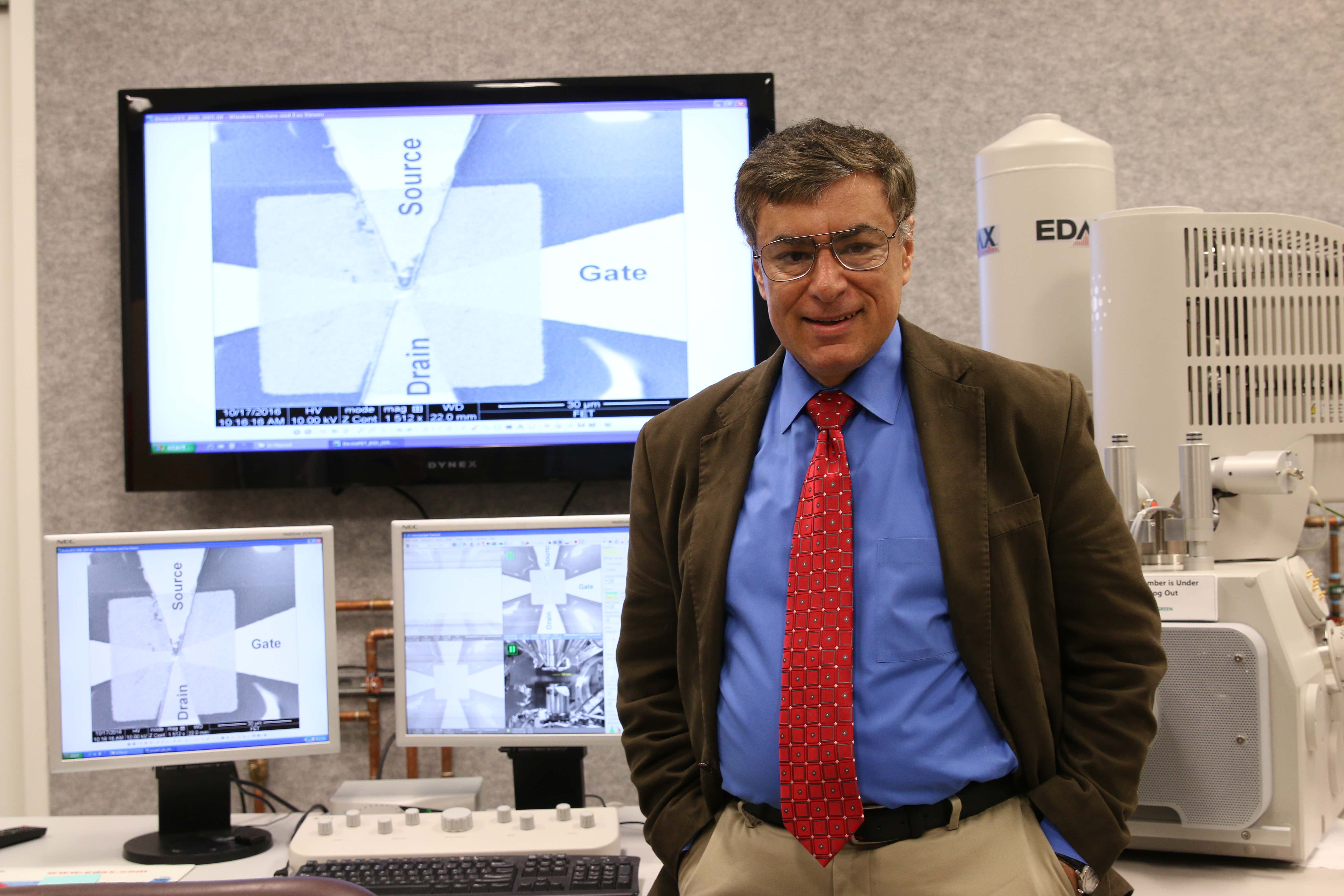 In the past, he's developed electronic switches that preserve energy and make batteries in phones and computers last twice as long, and some sort of mechanical something that can withstand nuclear attacks. Now he's making possibly life-changing COVID-19 spit tests.

And he's doing it with the most dummy-proof technology available.

The sensor would change colour or visually indicate the presence of Covid-19 so it can be ‘can be viewed with the naked eye,’ said Prof Tabib-Azir.

So not only is he a genius, but he keeps it real for the simpletons. He's not going to murky the waters with obnoxious, confusing result indicators; there will be no: "Is that one or two lines?" or "Does that look like a plus sign to you?" Just a simple, straight-forward "you have COVID-19 or you don't" in the comfort of your own home. That means no long lines, no putting yourself at risk, no shoving a cotton swab up your nose, and no anxiety waiting for the results.

Just you, your phone, his invention, and your loogie.

Tabib-Azir noted that the gadget could be produced inexpensively and would also be a less invasive way to test for the virus.

It is also reusable because it can destroy a previous sample with a small electrical current.

Somebody give this man a Noble Peace Prize.
.
.
.
(P.S. If the device destroys previously infected samples with small electrical currents, maybe we should all just electrocute ourselves and put an end to this epidemic once and for all? No pain, no gain.)

(P.P.S. I was only kidding - please don't electrocute yourself.)