Oh hell yeah! It was only a matter of time until LaVar Ball started talking about getting the Ball brothers to New York. Sure he may have already tried it with Los Angeles and failed, but here we go again. You know what? I love it. I've been calling for LaMelo to the Knicks for months now: 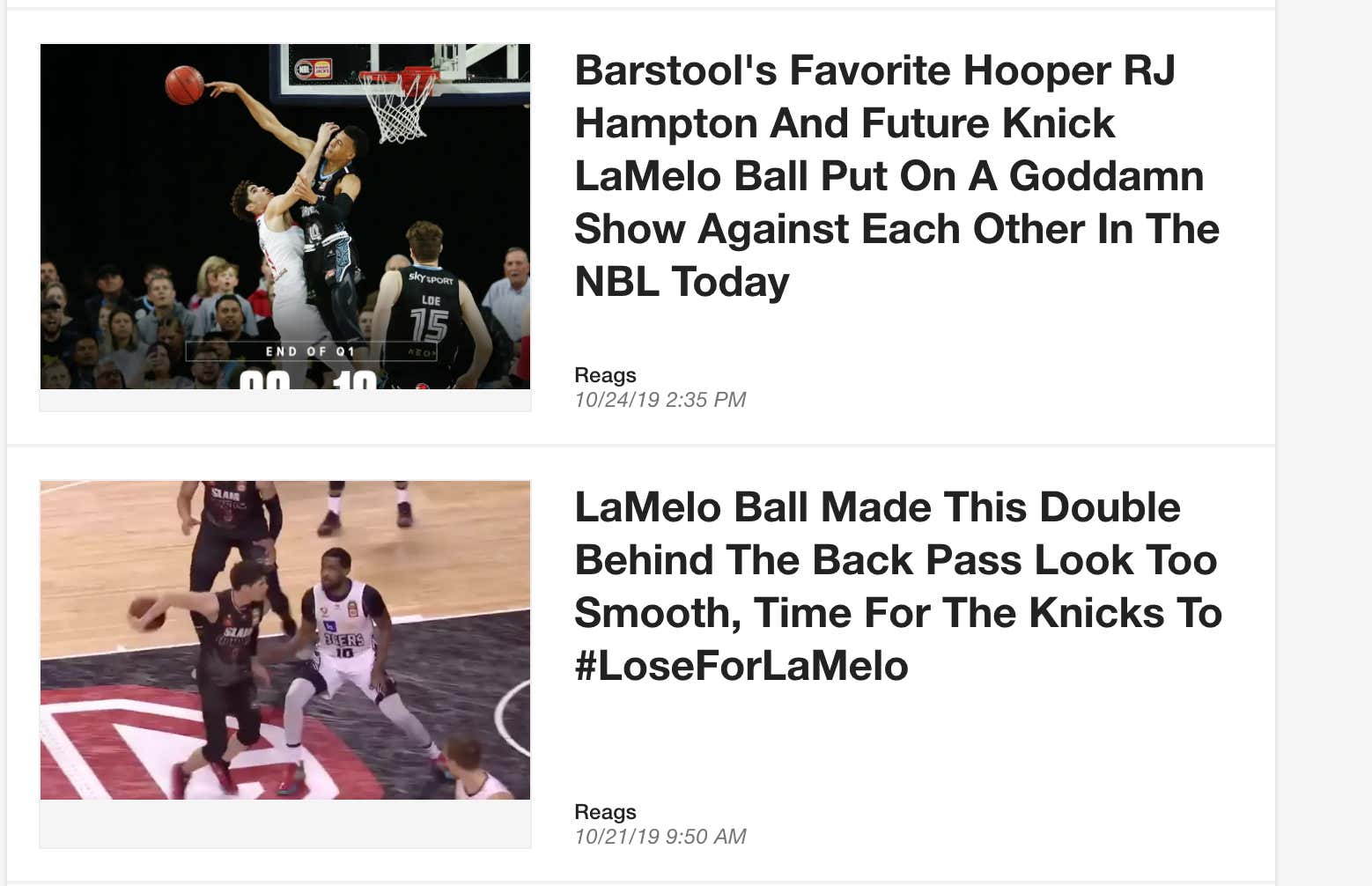 I truly believe LaMelo is the second best prospect in this Draft behind Anthony Edwards. You can talk me into a guy like James Wiseman, but I love everything about LaMelo's game. He's that good. He's not the dude who would cherry pick or pull up from halfcourt for the hell of it.

He *could* be a generational talent. He would make the Knicks exciting again. You can play him at the lead guard spot with RJ Barrett and Kevin Knox on the wing and Mitchell Robinson at the center spot. SIGN ME THE FUCK UP for that. Give me some more energy on this team. Give me more star potential and that’s what LaMelo is – star potential. Take him No. 1 overall.

This isn't even the first time LaVar has tried to talk the Ball brothers to New York:

But could you imagine LaVar with James Dolan? That would be worth it alone, whether LaMelo turns out to be a star or not. Sure we need a little bit of luck - something we'll never have as Knicks fans with James Dolan in charge. But give me LaMelo and Lonzo in the backcourt. What's the worst that can happen? The Knicks suck? They are a disaster? It's a complete mess on and off the court? Sounds like another NBA season to me.