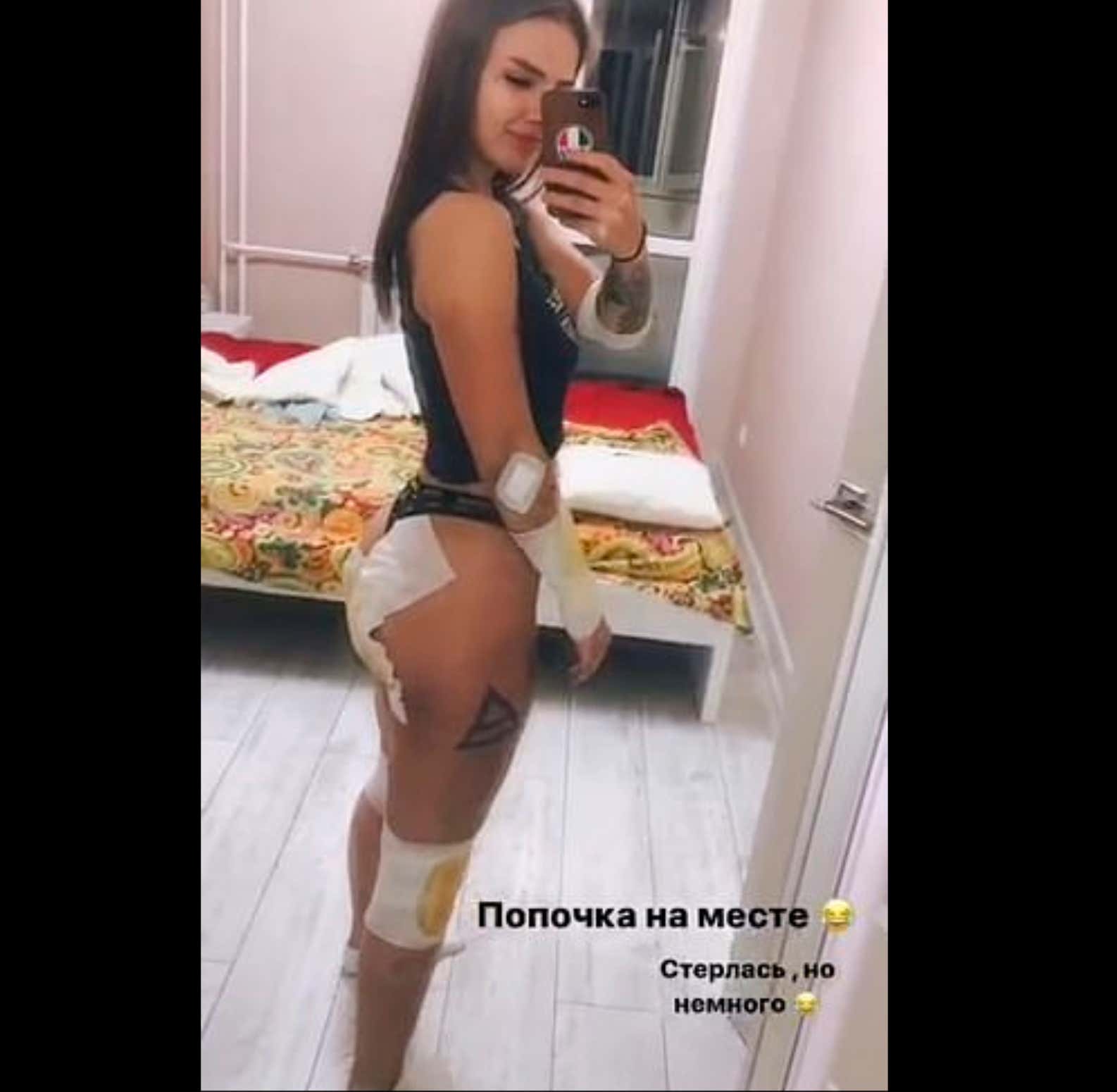 DM - Terrifying helmet camera video shows how a Russian woman biker cheated death when she crashed during a 120mph street race with a car in Russia.  The rider, known as the Sochi Speeder after her home city in western Russia, is seen careering out of control as her Kawasaki ZX-6R accelerated along a motorway. Her GoPro camera kept filming as she 'jumped' from the out-of-control 600 cc Kawasaki Ninja, saving her life.  She is seen smashing onto the tarmac, but was remarkably unscathed by the crash which took place last week. The woman, called Angelina, in her early 20s, suffered scratches and bruises on her rear and legs but - astonishingly - no fractures.

Ouchie!  Talk about a Red Rocket!  Good for the "Sochi Speeder" for walking away with minor injuries after this horrific crash!  And we emphasize LITERALLY walking away!  Stay safe on those motorcycles, kids!  They sure are dangerous vehicles!  Always wear a helmet and DON'T speed or drag race like Angelina or else your bum will look way worse than hers!  Those raspberries don't go away kindly!

PS - Again please check in on Fortnight Boy and let him know I'm doing his job for him - AGAIN!  Somebody has to blog and get all these hard earned clicks and PAGEVIEWS while he sits at home playing with himself!  LAZY!