First of all, A+ move by that guy. If you break into a museum and don't take a selfie with your head inside a T-Rex's mouth then what the hell are you even doing there? That's a must-have. That's the main prize. Imagine the amount of likes that's gonna get on instagram? "Chillin with my head inside a T-Rex's mouth lol #jurassicpark #museumlyfe #scary #extinct" is gonna move the needle in every way. 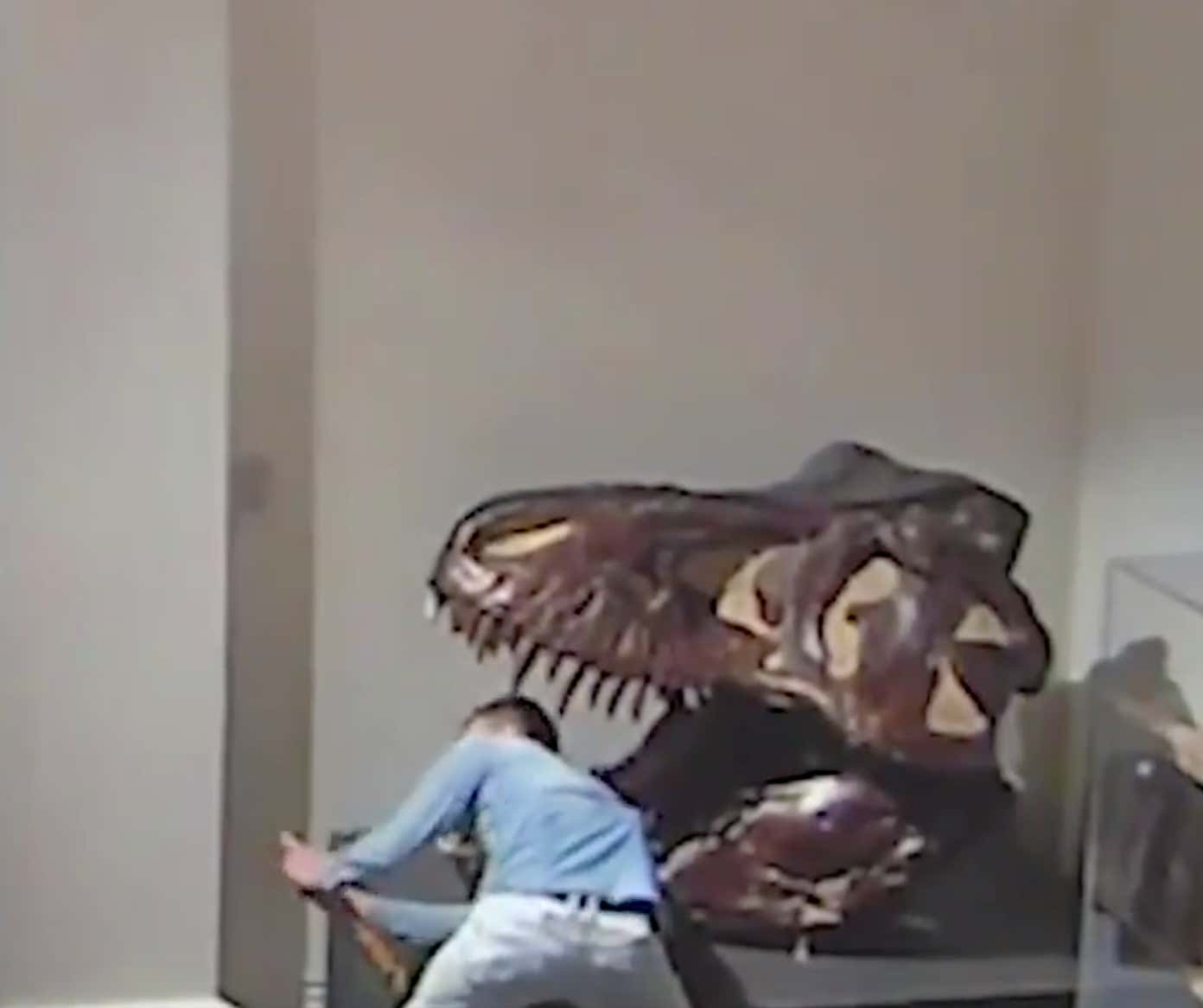 Secondly, I'm confused as to why the museum is super mad about this? This is the greatest PR museums have gotten since the Night At The Museum movies. I can't believe they're thinking about pressing charges against this guy. They shouldn't be calling for the man's arrest, they should be offering him a job as head of their marketing department. You know when hacker infiltrates companies like Facebook or Google and they end up hiring the hacker as their head of security? Or like in the movie Catch Me If You Can where (spoiler alert) Leo's character ends up working for the FBI? That's what the museum should do with this guy. He's got a knack for knowing what people want in a museum because he is one of them. An exhibit where museum visitors can stick their head inside a T-Rex's mouth and get their picture taken would go over like gang busters.

All I'm saying is that I don't think museums are in a place from a popularity stand point where they should start penalizing people for wanting to be at a museum.